[Beyond PlayStation] Carnivals And Legends Review

Are your ready to try out two new tables for Pinball FX3 on Nintendo Switch? Then come check out Carnivals and Legends review!


The Carnivals and Legends pinball pack is called that because with your purchase you will get two tables: Adventure Land, which has you exploring a recently opened theme park in a pinball table that feels a bit like the releases in arcades from back in the day, and Son of Zeus a table that, as you can probably guess from its title, is of a more mythical theme, in which you will take on helping Zeus survive Hera’s rage by making the most of your pinball skills so that he can earn his place among the gods atop Mount Olympus. 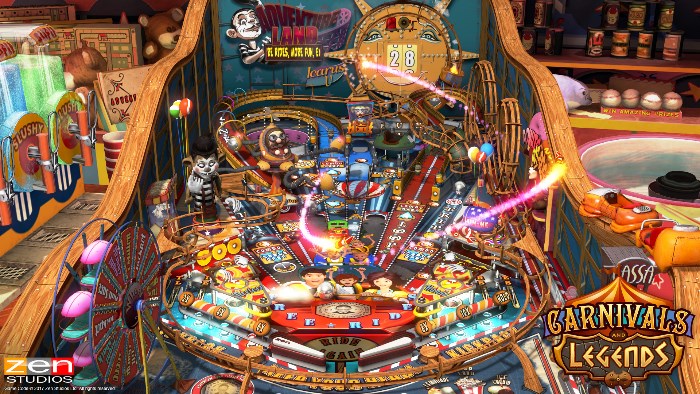 Let’s start with the Adventure Land table. As you can tell from the screens in this review, this pinball table plays and feels a bit like the old-school pinball machines you’d find in arcades inside of fairs or theme parks way back when. The table is very colorful, with several flashing lights here, there and everywhere! You will see a flying toy, a sneaky mime, a big metal sun on the upper right corner of the table, and more! There are four multiball options for the table, with plenty of spots where you can lock the ball down for your convenience. 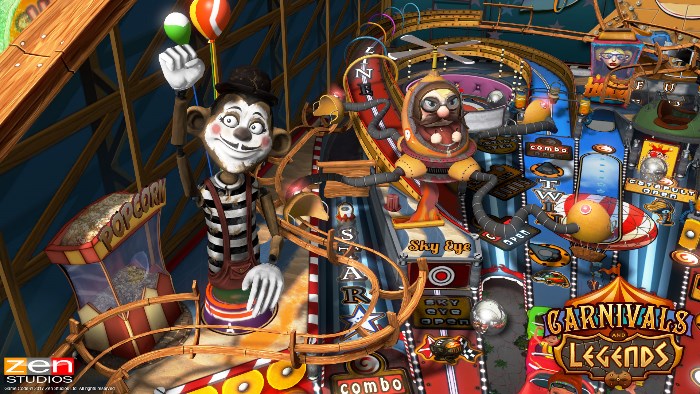 The floating toy is called the Sky Eye, and you can activate it by shooting the bullseye target below it, or the center ramp when lit to lock your ball. Lock four balls in the SkyEye and you will activate its multiball, during which you need to target the lit lanes and ramps to make the toy spin faster so that you can gain a ton of points. But if the toy is moving too fast it might end up breaking down, and if you want to fix it you’ll need to send the ball down the ticket stand to start it up again. 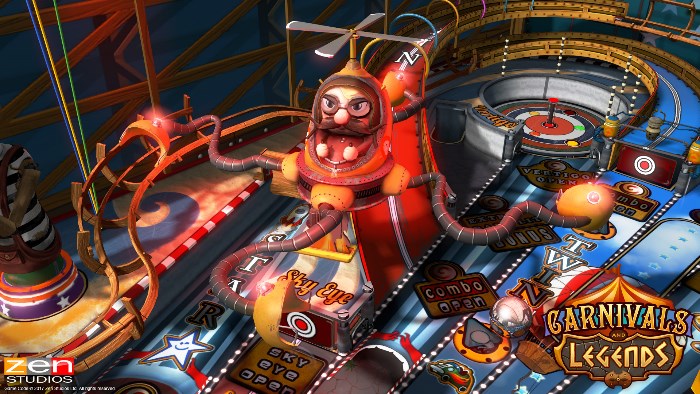 Another is the Vertigo multiball for which you need to get a ticket to enter the ride to try and lock one of the balls. After you’ve managed to lock three balls, the multiball sequence will commence, and so will the timer! For this one you will need to shoot the lit up lanes before the time runs out to then shoot the upper left corner toy once again to reset the lanes and do it all over again to maximize your score bonus. For the Balloon multiplayer you will need to shoot the targets to inflate the balloon to then shoot the hole to lock a ball – two balls is all you need for this one! Once you start the mini-game, shoot the targets to increase the overall score pool, shoot the ticket stand to reset the targets, and shoot the Blast Off sinkhole to collect your points. 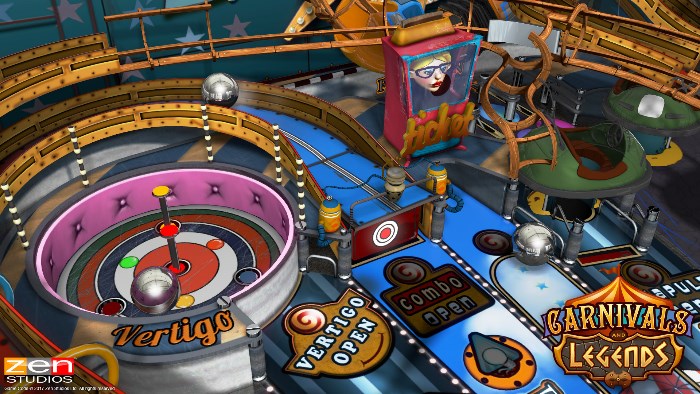 And now, on to the Son of Zeus pinball table! Due to the theme for this table, the layout is very different, with not as colorful of a presentation. You will need to pay attention as you play because Hera has eight ways to try and defeat Hercules! If you want to calm Hera’s anger and have a shot at surviving, then you’re going to have to complete several mini-games to come on top and make the most of your skills. 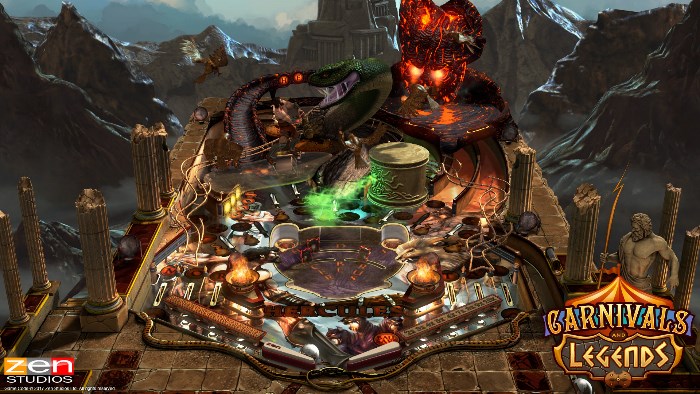 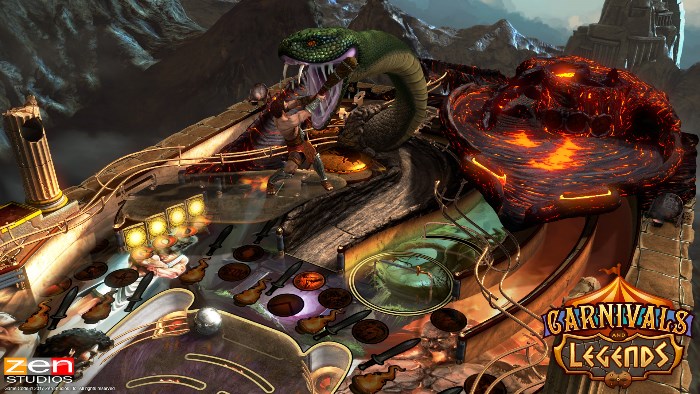 Another challenge from Hera will be in the form of the Hydra, the most fearless beast in the world! You will need to defeat its three heads by hitting them first one by one so that you can then shoot the flashing lanes with the swords before you can cut down the monster’s main head. Another mini-game will have Hera vanish Hercules to the underworld, represented by a smaller area under the table’s surface, which you can see in the middle thanks to the transparent glass. Once there you will need to defeat Cerberus by hitting the three moving heads and defeat the beast so that Hercules can return to the world of the living. 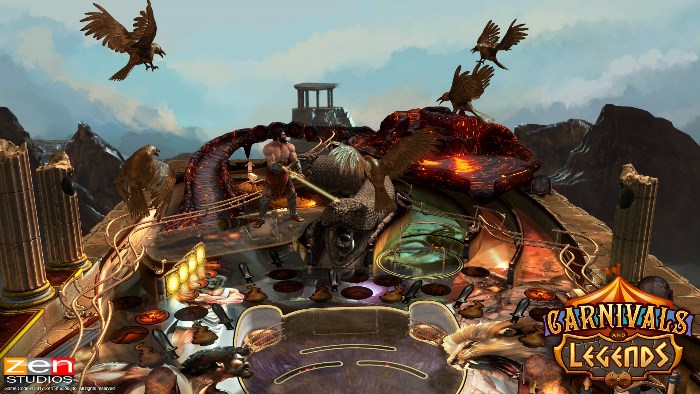 This being a pinball table, there are ramps to climb and flashing lanes to traverse to increase your score and your multipliers. You can also combo your way to a high score by paying attention to the flashing lights around the playing field so that you can make every shot count. The eight challenges from Hera are not the only things to complete in the table, so be sure to keep your eyes open so that you can find the chance to trigger more objectives that will help you help Hercules in his odyssey. 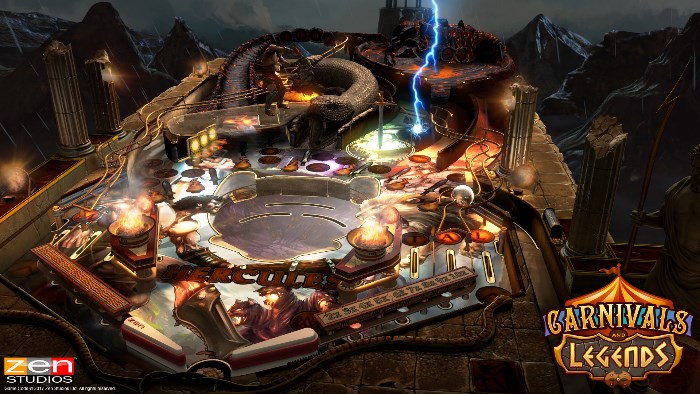 I had a lot of fun playing both tables in this pack for this review. Adventure Land is a very fun and colorful, with every single object on it playing along to the theme park… theme. Being able to spin the wheel after completing a mode to get a reward bonus is very charming and reminded me of visiting carnivals when I was young. Son of Zeus is a completely different, and a bit darker, experience, but it’s also a solid pinball table that is definitely worth the price of admission. 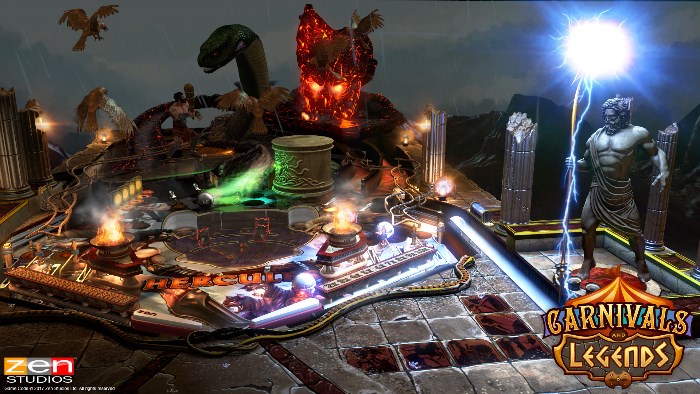 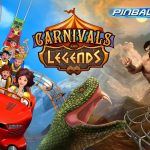 Disclaimer
This Carnivals and Legends review is based on a Nintendo Switch copy provided by Zen Studios.

Onimusha: Warlords Out On PlayStation 4