We’re working on a review for Guns’n’Stories: Bulletproof, so I got in touch with MiroWin to talk about the game. Come check it out!

PS4Blog: Welcome! Thank you for joining us this morning at PS4Blog.net. Can you please help us get started by telling our readers a bit about yourself and your work?

Greetings, cowboys! My name Artyom Metelyov, and I am a Game Designer in the Ukrainian video game company MiroWin. I created combat encounters, did some narrative and sound design stuff for Guns’n’Stories: Bulletproof VR. My work was to get you almost killed by the horde of different enemies, but in a way that would bring you a lot of fun and pleasure during the whole process.


PS4B: You’ve released Guns’N’Stories: Bulletproof on PlayStation VR. How would you describe the game to someone who’s never heard about it?

If you want to shoot bad guys – like, a lot of bad guys -, save your love, ride on top of a cage with mannequins, drink fabulous cocktails, work as a bouncer and save the town, then you are going to like this game.

If you like steampunk, Segways, Tesla (the scientist, not the car) and extraordinary guns, then you are going to like this game.

If you want to dive into a western story, with booze, guns, jokes and all kind of craziness, then you are going to like this game.

And last, but not least, if you want to spend a fun time with your family and play a nice easy to learn but hard to master release, then you are going to like this game.

You even can turn off the damage indicator and hide the blood if you want to! 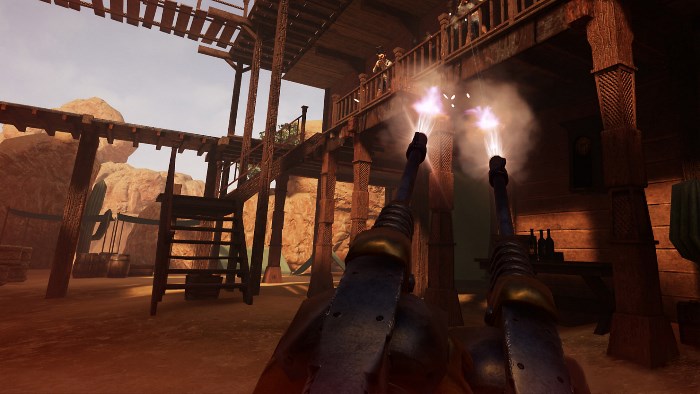 PS4B: How long did it take to develop the game? Where there any considerable changes introduced to the game’s gameplay loop between the initial concept phase and the version we now get to play on Sony’s VR hardware?

It took approximately a year of development. It is our first project, so we wanted to make it simple and enjoyable for everyone. After finishing development of the Story levels of the game we noticed that almost 10 minutes of combat can be exhausting if playing for a long time, so we made six more levels as Challenges with different gameplay mechanics and a playtime of around five minutes each so that every player can find a level that he or she likes the most. 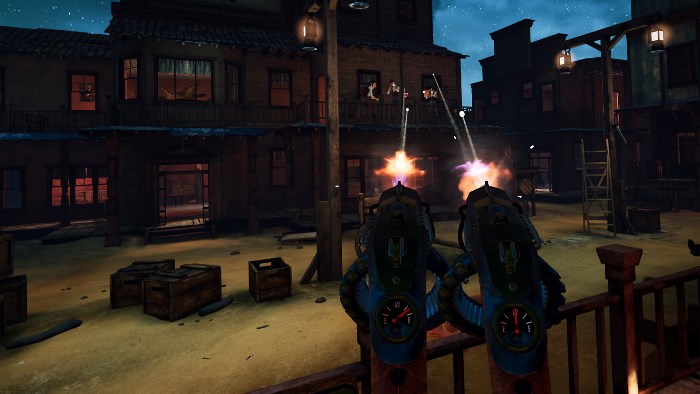 PS4B: With Guns’N’Stories now out on PS VR, are you currently working on a new project?

Yes, we are working on a new game! It will be in the sci-fi style, and it is called Boiling Steel. It’s a single player project in which the protagonist is cut off from the planet where the population becomes extinct as the result of a technogenic catastrophe. This leads to the emergence of a new artificial intelligence civilization, and since you’re stuck in a space station, you’re forced to explore a lifeless planet with the help of robotic avatars. Playing as a robotic avatar you can to fight with other robots, collect resources to expand your base and craft upgrades, start a relationship with another AI, travel through many different biomes including sand, sky, and winter themes, moving train locations and more. And all this will accompany you with hardcore combat mechanics for your hands and some logical puzzles for your head. 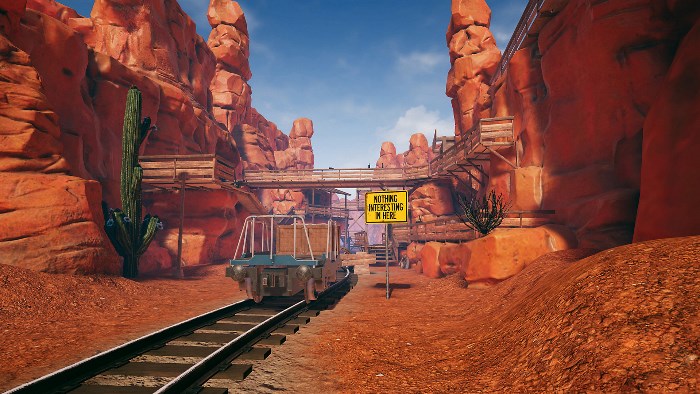 PS4B: And that’s all for today. Would you like to add anything else before we go?

Thank you for inviting me, join our desperado community and help us create a better game together! 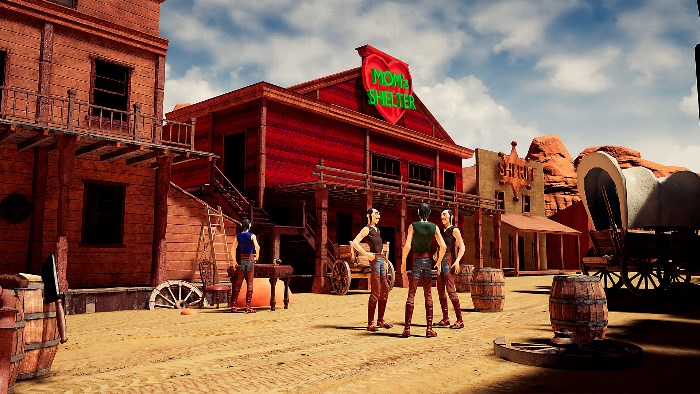