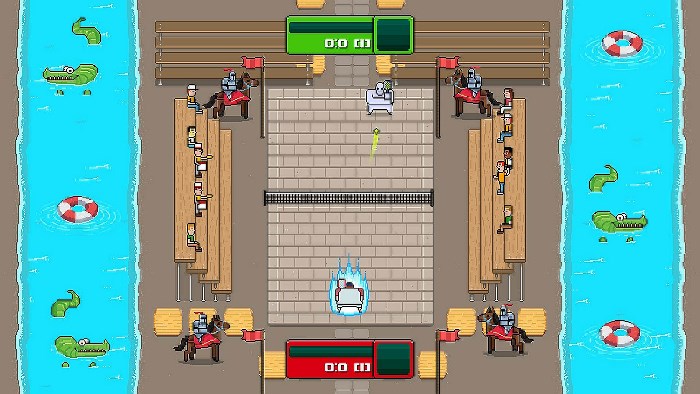 You only need to worry about three inputs in this game. To serve, press the B button. The X button is for your power-ups, and the left analog stick is for moving around. It really is as simple as that. The court itself is very basic as it is made up of several columns over which your characters can move sideways. Unlike other tennis games on consoles that might feature authentic courts, characters based on real tennis players, being able to move around the court, hitting the ball from different angles, and more. Timber Tennis: Versus doesn’t do any of that and strips things down to give us a retro-style tennis game. It’s a game that can appeal to people of all ages. 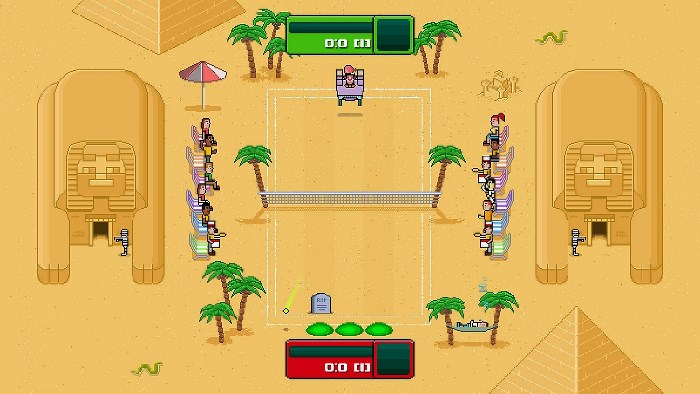 As for the gameplay itself, you don’t get a chance to hit the ball, at least not by pressing a button. Hitting the ball is done automatically for you as long as you manage to land on the column where the ball is going to land as well. This is part of why the game is more of an arcade-style release instead of more of a sim-style tennis release. Not that there’s anything wrong with that since it’s what the game is going for. The other thing you need to pay attention to is to avoid the attacks from your enemy when he/she activates a power-up which can cause a distraction or help him/her land a power shot on a specific column in the court. 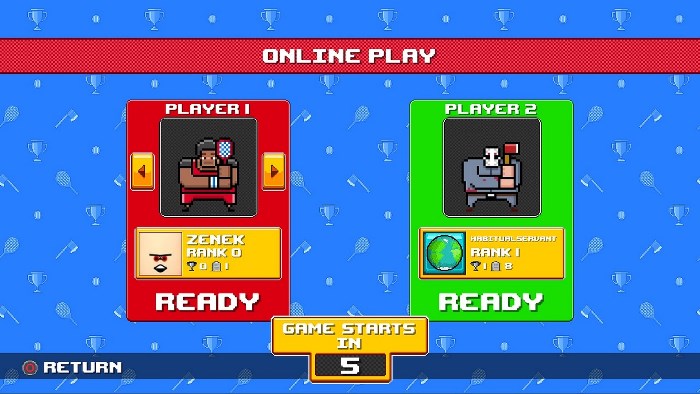 Timber Tennis: Versus offers multiple modes of play, with the straight-up single-player portion of the game providing a bit of a quick match experience. You can change the number of points needed to win a match to change things a bit, but that’s all there is to it. The game also offers a multiplayer experience, with offline for some couch local fun. There is a tournament available which has three different towers that you can climb by defeating each of your opponents. Each tower has a varying number of opponents depending on which difficulty you choose. The challenge lies in having to defeat more opponents before you can lift the cup, but the overall difficulty of each opponent does not change much. 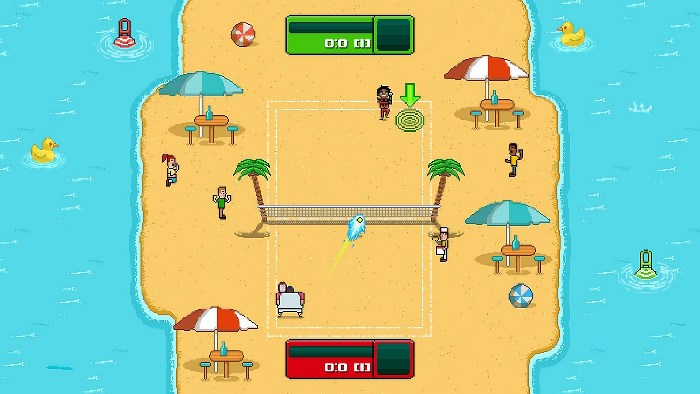 Timber Tennis: Versus is a fun and minimalist take on the beloved sport. It’s a game that everyone can get into, with simple gameplay mechanics that are easy to understand. This is a budget release that is up on PlayStation 4 for only $2.99, which is a great price for the amount of content that is made available in the game, particularly its online multiplayer so that you can test your skills from players around the world. If you’re OK with the game hitting the ball for you, which annoyed me a bit but was not deal-breaker, then you will fun an entertaining arcade-style release. 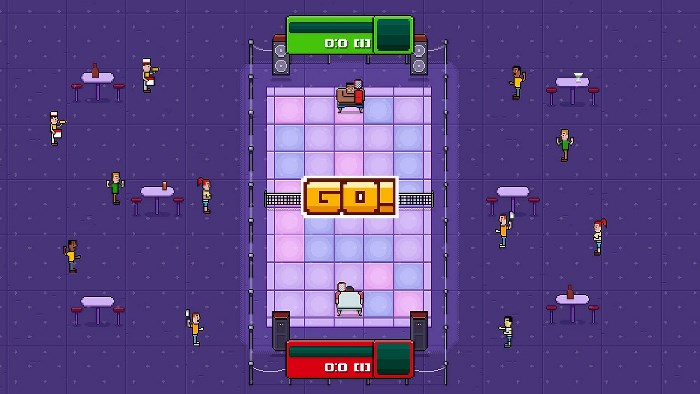 Disclaimer
This Timber Tennis: Versus review is based on a Nintendo Switch copy provided by Crunching Koalas.

[Beyond PlayStation] WILL: A Wonderful World Review