Who doesn’t love a good colorful 3D platformer? There have been some very good 3D platformers in recent years, with games such as Yooka-Laylee, Snake Pass and, of course, the superb Super Mario Odyssey. Well, I’m here to report that you can now add Tiny hands Adventure to the list of fun indie 3D platformers now available on Nintendo Switch – as long as you know what to expect from the game. 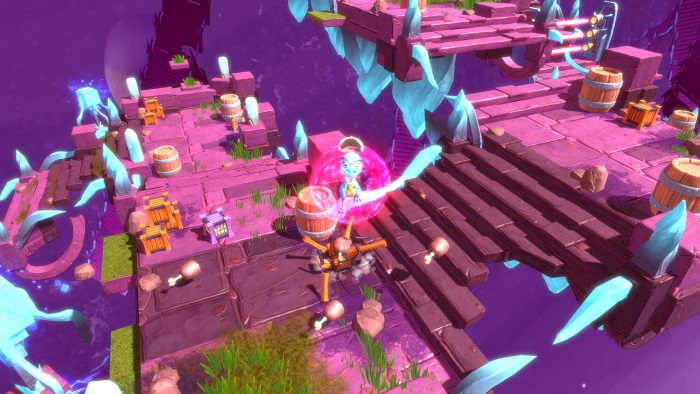 You play as a small blue dinosaur named Borti who can’t play sports games with his friends because his arms are too short – hence the name of the game. Upset that he can’t participate in the way his friends can, he visits a fairy and asks her to help him with his problem. The magical fairy agrees to help him, and in return, he will need to collect gems for her through various stages you reach from a hub world similar to the Crash Bandicoot series, which makes sense since you can definitely feel that the team members are Crash Bandicoot fans. 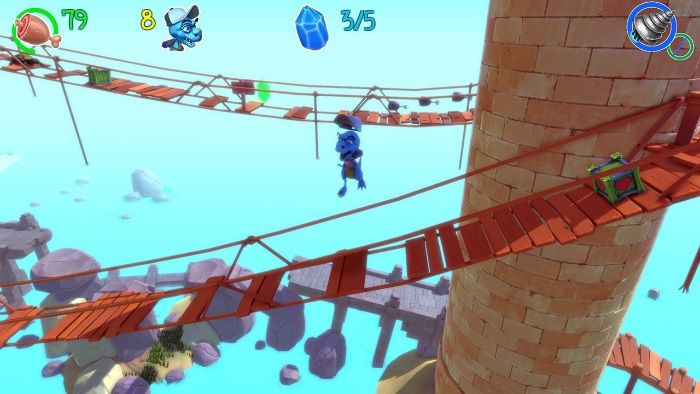 Borti can attack his enemies using a tailspin, allowing him to damage enemies before they get too close for comfort – again another nod to Crash and the series that has his name on it. You will also be collecting the aforementioned gems for the fairy, as you run and jump through each location, trying to stay alive and well. This is a game that is easy to understand and play, which is always great. There are some issues with the in-game dialogue as there are spelling and grammar mistakes, which is not a deal-breaker but something you should consider.


Collecting the gems in each level will unlock harder versions of levels within a world as well as that area´s boss fight. I would have liked it better if the gems unlocked one or two new extra levels in each world since having harder levels of the ones you’ve previously played is not ideal. I’m not a fan of replaying stages just because they’re now “harder than before,” so hopefully the team is considering expanding on the game to add some new extra levels or an extra mode or two to spice things up. 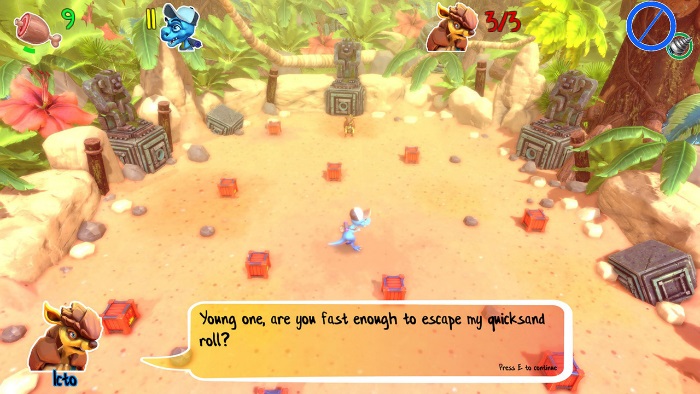 For the most part the difficulty ramps up at a steady pace, but there are some specific sections in each world where the difficulty spike can appear a bit out of nowhere, so you should definitely be ready for those! I won’t spoil what they are, but you’ll certainly know you’ve reached such a spot as soon as you see it. While the game is cute and fun, these difficulty spikes will certainly frustrate younger gamers and keep them from playing this one for longer periods of time. This is something the team can certainly patch, so here’s hoping! 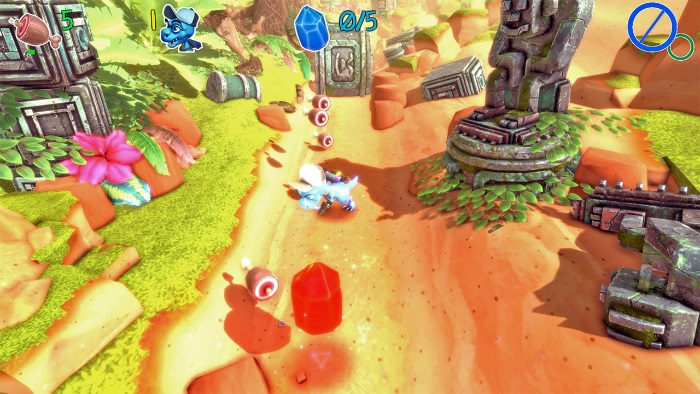 In the end, Tiny Hands Adventure is a bright and colorful game with a nice art style and solid 3D graphics that look great on the TV and on the Nintendo Switch’s screen when playing in portable or tabletop mode. It pays homage to the Crash Bandicoot series, and it also has a dash of Metroidvania by having sections that you won’t be able to access without the proper tools for the job. I had fun playing the game but, as I mentioned before, the difficulty spike in some sections might not sit well with younger players who take the game for a spin. 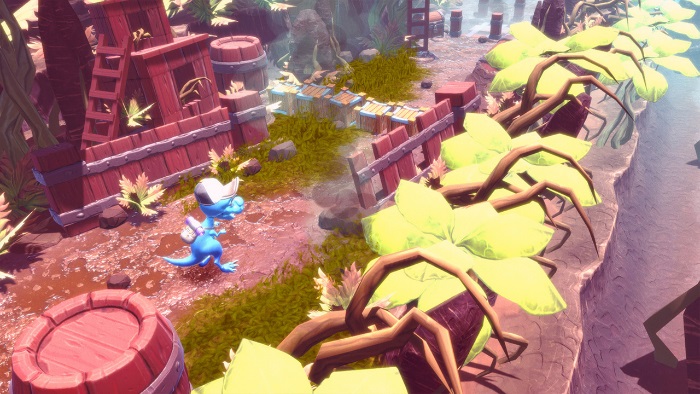 Disclaimer
This Tiny Hands Adventure review is based on a Nintendo Switch copy provided by Blue Sunset Games.