Phantasy Star originally released on the Sega Master System way back in 1988. It’s a classic old-school RPG in which you explore towns from a top-down perspective while dungeons are explored from a first-person perspective, fighting monsters, searching for treasure and trying to stay alive. What sets this one apart from other RPG of the era are its sci-fi theme and how you get to explore different planets during this 8-bit RPG’s 20-hour campaign.

You take on the role of Alis who sets out on a quest to avenge the death of her brother Nero – he was killed by tyrannical ruler Lassic, a King that was corrupted by the promise of immortality. During her quest, she will get to meet many characters who will join her fight, as is the case for Myau (yes, it’s a cat), Odin, and Noah. Each character will have a set of magic to aid you on your quest, but most of them will be unlocked as you level up. For example, Alis will gain access to a Heal spell when she reaches level 4, while Myau can use Cure once she reaches level 6. 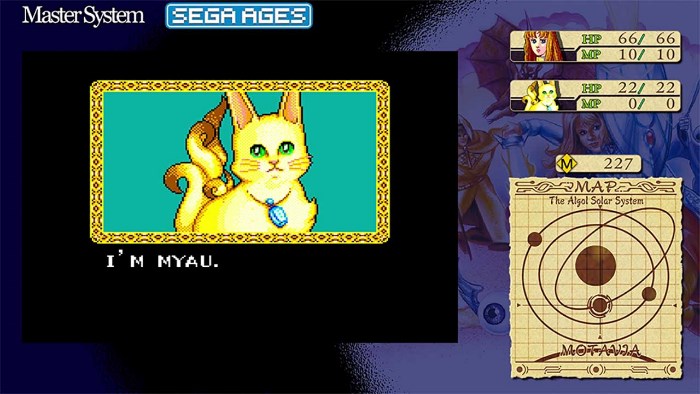 Characters also have different overall traits, giving you a diverse party. Alis is the most well-rounded character in your party, with good offensive and defensive abilities to aid the rest of the party. Myau is a support character, with spells to help everyone stay healthy and one step ahead of enemies. Odin is your tank, and what he lacks in magical abilities he more than makes up with his attack and defense potential since he can equip the strongest weapons and armor in the game. Noah is your main offensive ally since he will gain access to some very powerful attacks spells that will make a huge difference in battle, although that does mean that he won’t be dealing any considerable damage with regular attacks.


Your adventure will allow you to visit many towns and villages where you will get to talk with its people, visit Armories for new equipment, First Food stores to procure healing items or Second-hand where you can sell items you no longer need as well as get more items for tour journey. There are also Hospitals where you can recover your HP and MP for a price, and a Church you can use to resurrect a party member who has died in battle, as well as learn how many experience points are needed to reach the next level. 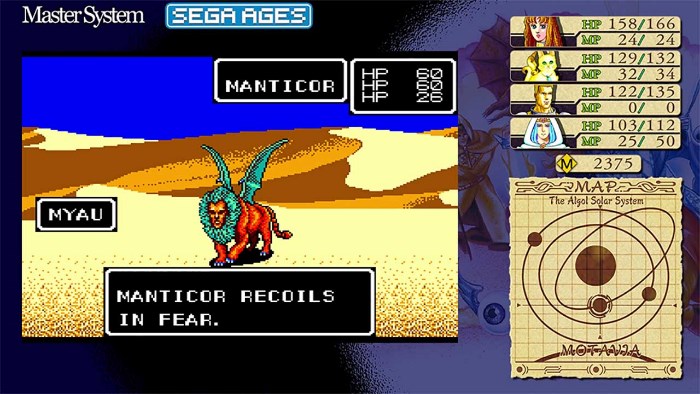 
The Nintendo Switch version of Phantasy Star being under the SEGA AGES range means we get some 21st-century enhancements to the experience. We’re getting a compendium in which we can check out valuable information for every monster in the game (hit points, attack, defense, special abilities, the amount of Meseta and experience points it provides when defeated), a map that will help you get around each dungeon, and a handy online manual you can access from the game’s main menu – just be sure to scroll down so you can pick your region to access the game’s manual (or the manual of any of the other SEGA AGES releases!). 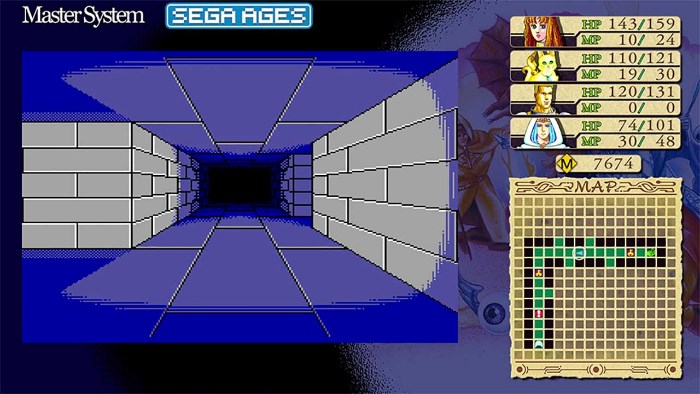 You can select the wallpaper displayed in the back of the screen when playing, the side on which the 3D map and your party member portraits and HP/MP stats are displayed, or if you want to remove that and make the screen fill up with the main action screen, not to mention the Dot by Dot option and the vintage option for your screen. You can also apply a scan line filter, a smoothing effect, and a scan line plus smoothing effect. There is also an option for changing your walking speed between normal and speedy. Oh, and you can select between playing the International Sega Master System version of the game, or instead play the Japan Sega Mark III version either with Hiragana or Katakana.

There is also the possibility of playing the game in all of its original glory with a relatively higher overall difficulty, or you can go with the Ages Mode in which the difficulty is a bit easier, enemy encounter rates are lowered, and enemies provide you with more experience points and more Meseta when defeated. You can also turn off the FM Sound Unit that boosts the game’s soundtrack considerably – I suggest you only change this to get a taste of how the game sounds without the FM option since the soundtrack is way better with it activated. As a fun trivia fact, the FM Sound Unit was only available in Japan, so gamers in North America, unfortunately, didn’t get to experience it. It’s similar to how the soundtracks for some NES games in Japan (for the Famicom), had a special chip that boosted what the hardware could do sound-wise – the best example of this is Castlevania III, which you can check right here. 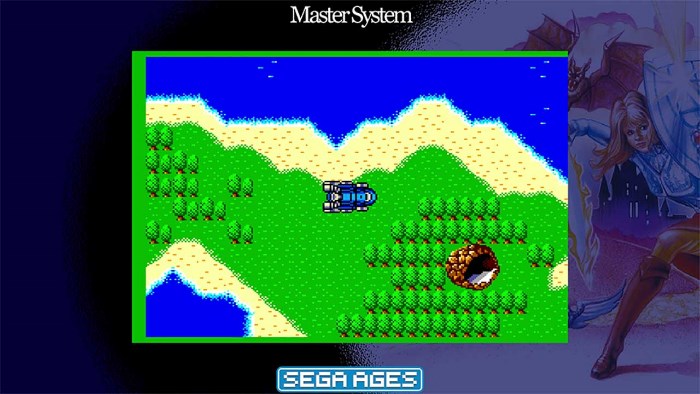 The pause menu is also a very handy resource since it will allow you to check a spell list with all spells in the game, their MP cost, and effect, as well as at what level it will unlock for the characters that can use them. There are also lists for items, their effects and how much they cost. You will also be able to check lists for weapons (showing their name, attack stat, cost, and who can equip it), as well as for armor (same as for weapons, but switch attack with defense).

Phantasy Star is an RPG classic and having it available on the Nintendo Switch is certainly great news. The quality of life improvements made available in this version as part of the SEGA AGES range make it easier for those new to the franchise to get their feet wet with a rebalanced game that now also features an in-game map for each of the many dungeons you’ll visit that will auto-fill as with each step you take, making it an easier sell for those that didn’t get a chance to experience it back in the day. I loved playing the game at home and on the go, and I very much look forward to Sega hopefully releasing the rest of the Phantasy Star RPGs on Nintendo Switch under the SEGA AGES series. 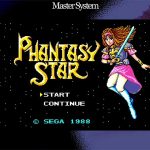 The definitive version of Phantasy Star

Disclaimer
This SEGA AGES Phantasy Star review is based on a Nintendo Switch copy provided by Sega.