There’s a Tetris Effect demo currently live on PSN that you should hurry up and check out… since it’s only available until November 5! Download it right here!


To celebrate the demo’s release, here’s a mini-documentary video that we think you’re going to like: 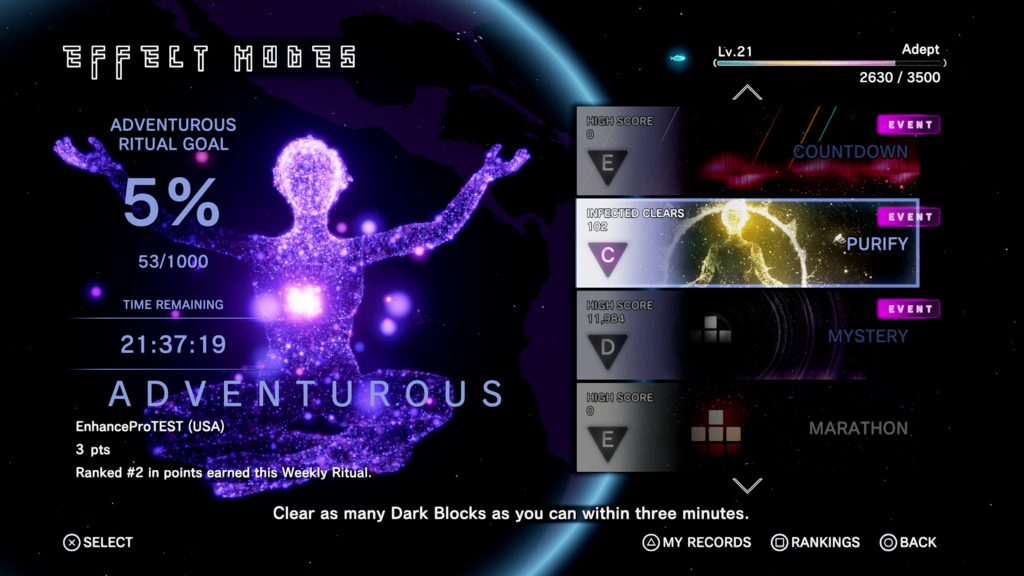 Also, a special “Weekend Ritual” event will run for 24 hours over the demo weekend (starting 12pm UTC on Saturday, November 3), during which all players of the Weekend Trial Demo can play a specified mode to earn points towards a Community Goal. If 100% of that Community Goal is reached in the 24-hour period, a special in-game avatar will unlock for all players who participated in the event, which is usable in the demo only. A Weekend Ritual event like this will run every weekend once the full Tetris Effect game launches on November 9, spotlighting different Effect Modes each week.