This is a double review for Sinner: Sacrifice for Redemption. ThaRaven403 and Tracey played the game. This review presents what they both had to say.

The first thing you’ll notice when you start the game is how little tutorials there are. You basically learn how to attack and block, but the rest will be up to you to find (there’s the button mapping in the menu though). I would’ve like a bit more to learn the basics of the game, especially considering you have items in your inventory but don’t know what they are for until you actually try them.

The game puts you on some kind of weird island where there are seven stone altars, one for each of the bosses you’ll face that represent the seven sins. There is no map, no leveling up fighting mobs, only bosses, pretty much as you’d feel in a game like Shadow of the Colossus. An 8th boss will be available to you once you’ve destroyed the seven sins… if you can manage to beat them. As you face an altar, you’ll be able to perform a sacrifice, which will actually give you a penalty, thus making you weaker. These include things like health and stamina loss, fewer inventory items, or a shield that can break. And if you manage to defeat a boss, these handicaps stay with you! 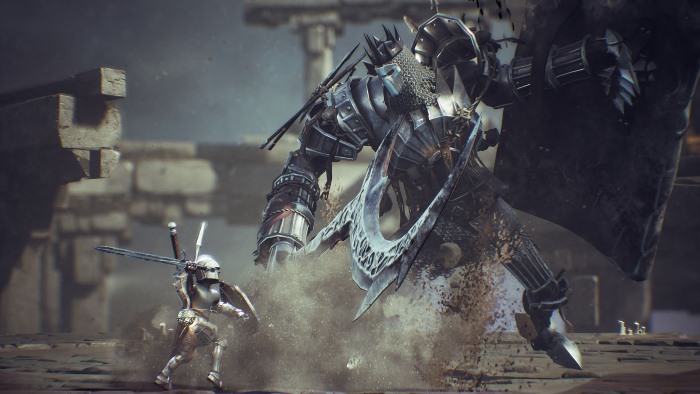 So, instead of getting stronger as you progress, you’ll actually become weaker. This makes for an interesting twist, as you’ll have to carefully pick the order in which you want to face the bosses depending on your playing style and the penalties you give yourself. And believe me, you’ll want to pick carefully, as each fight is really hard – and this is the Dark Souls part of the equation. Even when facing your first boss, no matter which one it is, you’ll quickly realize that if you’re not careful, 3-4 hits can be close to lethal to you, so imagine how crazy things are when you face the final boss! 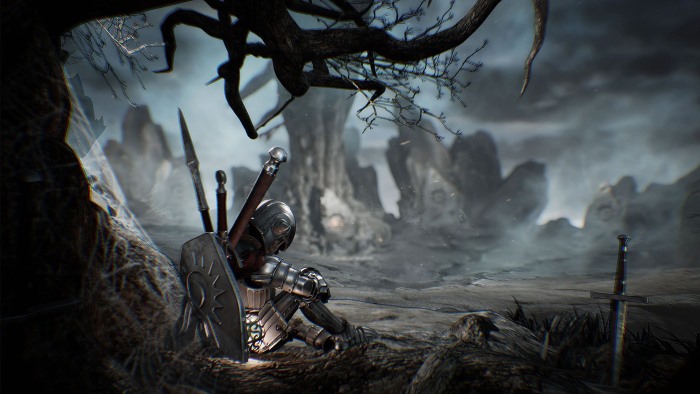 If Dark Souls games are a piece of cake for you, this game shouldn’t pose any problem, even if the controls are a bit clunky. I found myself dying more than enough times because the dodge button just wouldn’t respond, or when mashing the button 4-5 times to take a health potion, only to end up smashed before my character actually took it. The concept of losing power as you progress is also something that’s really interesting to play out, something that I’d like to see in other types of games, not just a Souls-like game.

As for the trophies, if you can manage to beat the bosses, the platinum shouldn’t be too difficult to unlock at that point. The whole trophy list is basically a trophy for defeating each boss, and a couple miscellaneous trophies for each of them, mostly related to specific ways of dying to them.

One of the things I liked was the ability to battle whichever boos you want in any order, kind of like you would in a Mega Man release. I started with Greed, and I had to permanently sacrifice my health and defense, making me much weaker than Greed was. Each boss will expect you to sacrifice something, and other sacrifices include item reduction, stamina depletion, weaker attacks and more. Oh, and each boss has a little backstory about the sins that you must atone for. 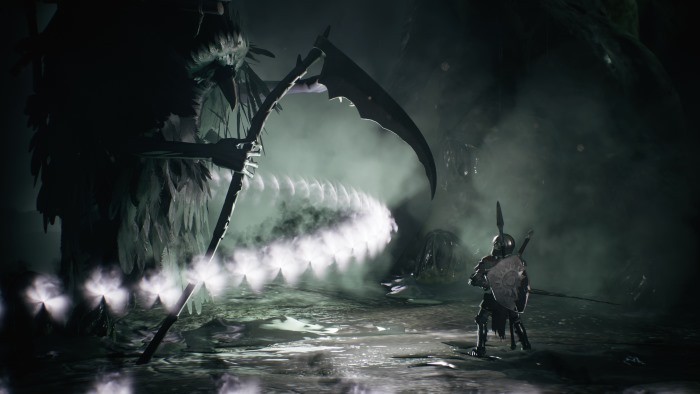 You can perform two basic attacks light and heavy. You can block, dash and dodge, but do bear in mind that dodging costs stamina, so when you reach a boss that wants you to sacrifice stamina, you need to change your tactics a bit. The key to beating a boss is knowing their moves and mastering a way to counter them, and as you can guess, a great deal of patience is necessary here. The difficulty is high, but the game is not impossible.

Graphics-wise it does give a dark fantasy vibe, looking a bit like Bloodborne, but the areas you take on are very small. The bosses are fantastic and will challenge you every step of the way. Add to that the downgrading system and you’re dealing with a very hard game that certainly won’t appeal to everyone but that, in the end, does merit being praised for doing things differently. 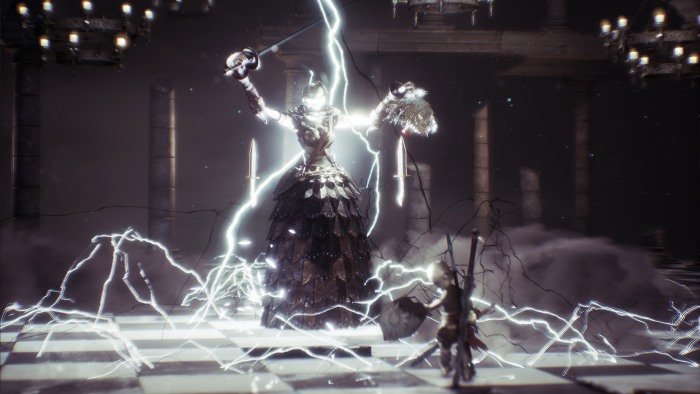 Final Thoughts
Sinner: Sacrifice for Redemption doesn’t have the overall polish of an AAA game like Dark Souls, which is understandable since their budgets are completely different, but it is a game that has found a very unique twist to the formula to stand out among other Souls-like experiences. It’s a nice game for fans of the genre, but one in which inexperienced players might feel overwhelmed.

Disclaimer
This Sinner: Sacrifice for Redemption review is based on PlayStation 4 copies provided by Another Indie.