Who doesn’t love PAW Patrol? Kids and adults love the series! I find myself watching the cartoons every now and then on Netflix, so I was definitely down for reviewing a game on the series. Check out our PAW Patrol: On a Roll Review!


PAW Patrol has been around for years now, and now we have a console video game featuring all original pups along with Everest and Tracker, who were added in later seasons. This new game is great for young kids, as well as for adults who are young at heart, making it the perfect game to play as a family. PAW Patrol: On A Roll begins at the PAW Patrol main headquarters. Ryder, who is the human dispatcher, assigns the gang to various missions. The dogs can drive all kinds of rigs and have tons of awesome tech, as Marshall, Rubble, Skye and the rest of the crew once again save the day in various rescue scenarios. 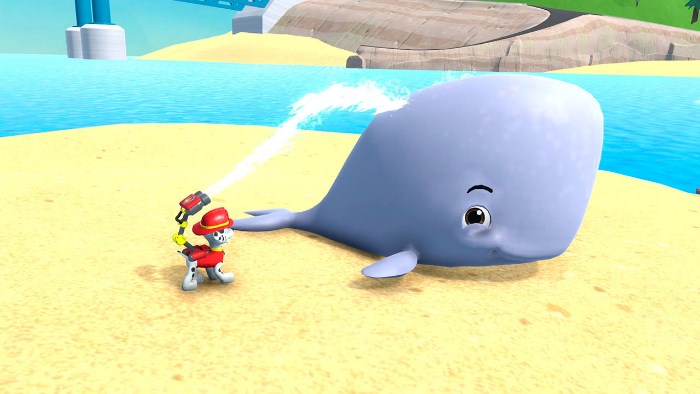 The game offers a nice variety of missions and objectives to complete, and you can change characters several times during a level as needed, keeping the experience feeling fresh from start to finish. Each level is around 15-20 minutes or so, and you’ll be using your skills, contraptions, and rides to save other characters. Each dog has different skills. For example, Skye can fly through the sky, and Marshall is quite skilled with water cannons. Each pup has three abilities which you can choose depending on the puzzle presented, with some trial and error involved to see which ability is the one you need for each particular predicament. 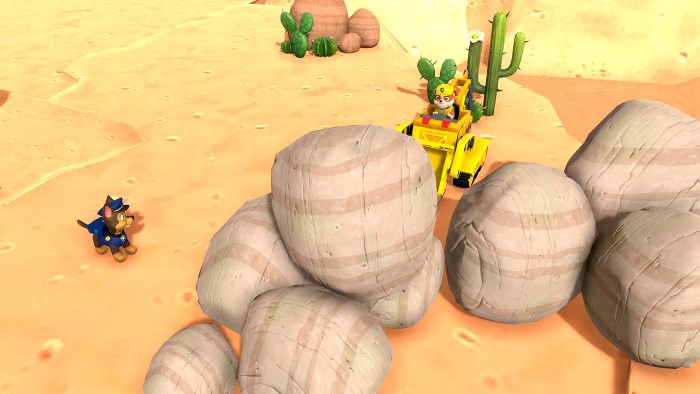 The mechanics are very easy to pick up. The right stick is for movement, and the Triangle, Square, and Circle buttons are used for your abilities. The Action button is for pulling ropes and jumping/double jumping. It’s that easy. The game does give you some small nudges along the way so that you can get the hang of things. And if you’re already a seasoned gamer, you can turn off the extra help in the options menu. 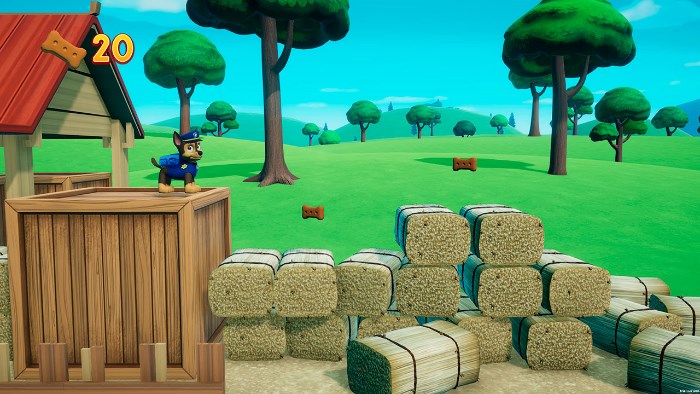 The only complaint I have about the game is that even though it’s a full retail release, it doesn’t have a Platinum trophy. There are collectible to have fun with, and each level has a number of gold paws to collect and 200 chocolate bones. Getting the full 200 on every level will earn you a trophy, as will getting all gold paws on every level. There are 16 trophies in total, and you will get half of them just from playing the first few levels. Collecting gold paws and bones will also unlock some bonus artwork, so there is some extra replayability in case you miss any collectibles during your first run in the game. 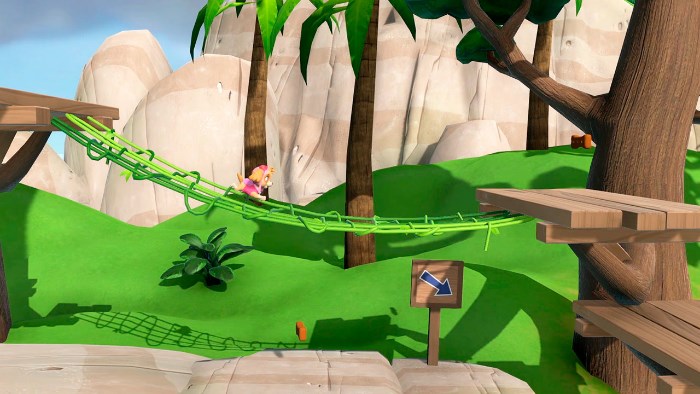 PAW Patrol: On a Roll is a good option for a Christmas gift since the game is available physically on PS4 and Nintendo Switch. It is very colorful and oozes cuteness and charm. The game has 16 levels in total set around different locations in Adventure Bay, and I’m sure any young kid you give this game to is going to love it. Hope you enjoy it!

Disclaimer
This PAW Patrol: On a Roll review is based on a PlayStation 4 copy provided by Outright Games.