Shadow of Loot Box is an attempt to present what video games can become in the near future. Each level of this shooter is a reference to a popular trend in the modern game development industry. Will you be able to overcome the thorny path full of microtransactions, loot boxes, and bugs, resisting the temptation to use the in-game store?

This is a double review for Shadow of Loot Box. Ceidz and EdEN played the game, and this review presents what they both had to say.

In Shadow of the Loot Box, the game starts you up in a dungeon, and your goal is to find keys to get to the next area. Instead of “the game starts,” I could’ve written “you are dumped” into a dungeon since you land there without any explanation or tutorial, so you must figure out what to do. Luckily the first few tasks at hand are easy to figure, and you’ll quickly get the hang of things, although getting a heads up on how to control the game would have been a bit helpful.

Essentially, you must earn experience in each level you visit, first with experience orbs and then from opening the loot boxes you find or the ones you purchase. You must then go into the menu and select a skill to learn from your Skill Tree. The first ones are really basic and mandatory to progress, namely Running and Jumping, but after that, you’re a bit at liberty of mixing and matching some skills since they will end up boosting your attack stats and the ammo you can carry for the weapons you find. 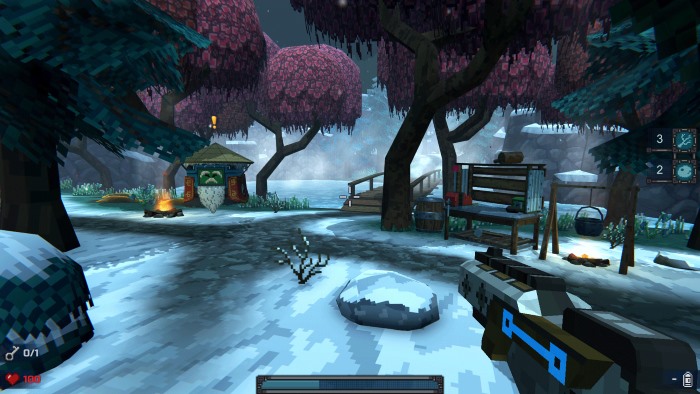 The game engine felt similar to Heretic, or to original Doom that released way back in the early 1990s when proper 3D games weren’t mainstream. You control the nameless character using the left analog stick and aim with the right one. The presentation itself is a like it or hate thing since the models are in very low quality, and the monsters AI is almost non-existent – but I guess that’s part of the joke being made.


The controls aren’t precise, and even after fiddling with the sensibility options, it was still very hard to maneuver. In the 4th level, you’ll encounter a dragon, and this is where I realized how bad the controls were because you have a really tight window of opportunity to fire at three different buttons while avoiding the dragon’s fireballs, which drops his shield for about two seconds before coming back. This might have been doable with a keyboard and mouse control setup, but with a DualShock 4 controller, it was hell. 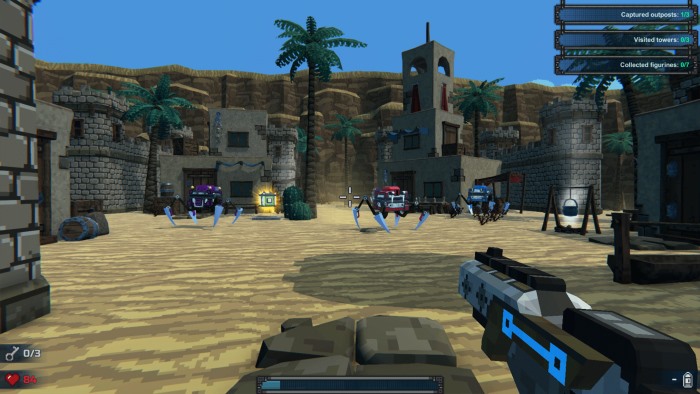 Something else that is weird is that while you can purchase loot boxes, there isn’t a lot of money to go around in the game, so if you’re not careful you can make things harder on yourself since the drops for loot boxes are random, so you won’t know if you’re getting experience points or “just ammo” for your weapons. There is one moment in a level in the game where you need to complete at least 10 objectives to be able to continue, and since two of the objectives are for buying a regular ($5) and a premium ($10) loot box, if you spend your money in the first few levels, then you’ll only be able to complete the other objectives to proceed, which is a bit of a hassle.

Ceidz covered some of the basic information about the game, so I’ll focus on mentioning other things I found while playing this one. The game has a lot of nods to other games and franchises without outright mentioning them, so you’ll get nods to stuff such as games that use a form of rather invasive DRM that tries to connect with the server at all times and failing, thus breaking the game here and there, or how some games – allegedly – cut content from the main game so that it can be sold, or the fact that loot boxes in here are both good (grant you experience, recover your health and give you ammo) as well as deadly, since all enemies are pretty much deadly spider loot boxes, or jumping loot boxes, or giant loot boxes – oh, and a dragon. There is also a nod to the companion cube – google that one if you’re too young. 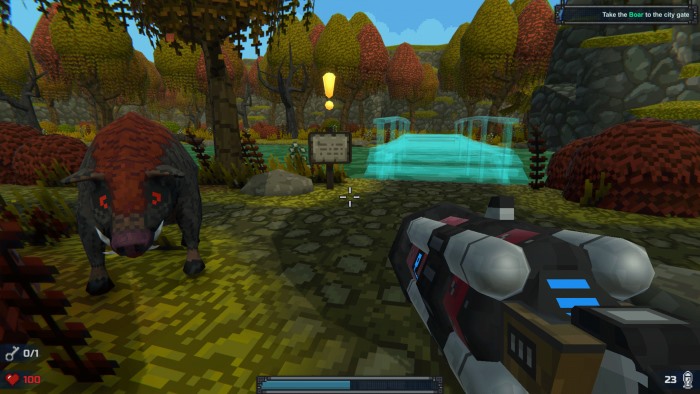 Shadow of Loot Box features different mission types to complete, from starting you off with several fetch quests for getting different sets of colored mushrooms to stealth sections, as well as some run ‘n gun areas that are a bit more action-packed, along with one escort mission during which you’ll need to guide a boar (yes, seriously). There are also a few boss fights to complete in the game, but none of them will give you a hard time since the patterns of bosses are easy to understand, so as long as you focus on staying away from their attacks and level up your weapon’s ammo level and attack power, you will defeat each of them in a handful of minutes. 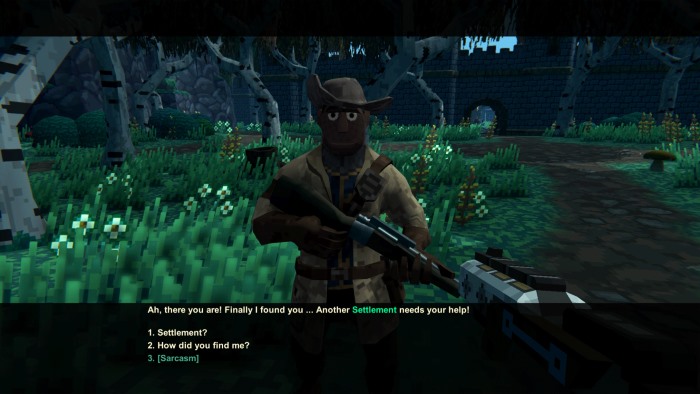 The game also offers a full trophy list with a Platinum at the end, with a varied list of objectives to complete. You can get trophies for purchasing the jump skill, for finishing the first stage, for obtaining all weapons, finding 30 loot boxes, purchasing one item from the in-game store, spending half of your money, spending all of your money, for eating a carrot (from a snowman), robbing the caravan, and more. Something you do need to watch out for is that if you open your loot boxes as you get them, you might make it to the final stage and not have enough loot boxes left in your inventory, or enough money to buy premium loot boxes, to give you enough experience to reach level 13. So I suggest that trophy hunters only use loot boxes if healing is absolutely needed, and save most of them for the final level in the game. Once in there, use all loot boxes during and after the final boss fight and if you don’t get enough experience to hit level 13, reload the final stage.

Shadow of Loot Box is a serviceable homage to everything that is/can go wrong with a video game in the year 2018… and beyond. It makes fun of MMO, DLC-heavy games, games with microtransactions and pay-to-win schemes, and more. But if you’re not fond of the joke that Shadow of Loot Box is playing, or if you’re not a trophy hunter out for a new Platinum trophy for your collection, then you’re probably not going to like this one.

Disclaimer
This Shadow of Loot Box Review is based on PlayStation 4 copies provided by Ratalaika Games.

Monster Boy and the Cursed Kingdom Out Next Week