Jackbox Party has been a staple of party games on PlayStation for two generations in a row. The fifth iteration has now been released, so learn more about it in our The Jackbox Party Pack 5 review!

Since this was my first Jackbox experience, I was a little confused at first to see how this game is nearly completely controlled from a cell phone device and only minimal entry is required from the DualShock controller. Once the game is selected, out of the five available which I’ll detail in a short while, you are prompted on the console to open your mobile phone browser and navigate to jackbox.tv and enter the four digits code shown on the television to connect to the game. Starting at this point, everything is done on your mobile devices until the game is completed.

Without further ado, here are the games making up this party collection. 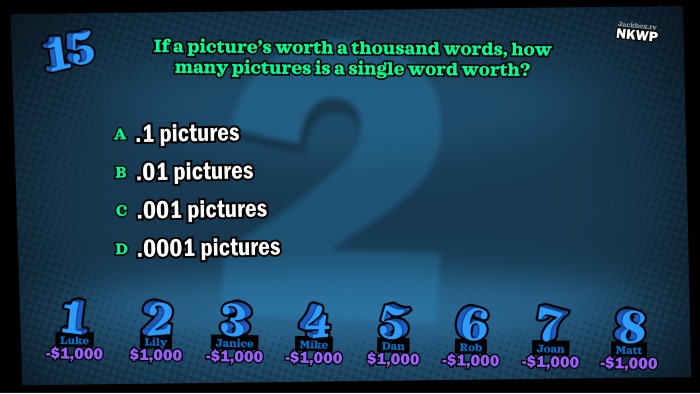 Split the Room
In Split the Room, you are tasked in writing divisive arguments in a greater idea sentence, to have the same amount of people on one side of the decision and the other part on the other side. The more even the distribution on each end of the question, the more points the author will get. I thought this game was interesting, but it is one that requires many players to add to the fun of playing it.

Here’s an example of this mini-game in action

Mad Verse City
In Mad Verse City, you will be taking control of giant Transformer-like robots and will have to rap your way through the level. You’ll have to try to compose rhymes and try to be the funniest robot. It’s funny because the game takes your part of the sentence you wrote and puts it in a different context than what you intended, meaning you can actually be funnier than what you originally expected. Since rap battles are in teams, if an odd number of players are available, a computer bot will join the fray. I liked this game, but it can come up with weird rap battles if the players are 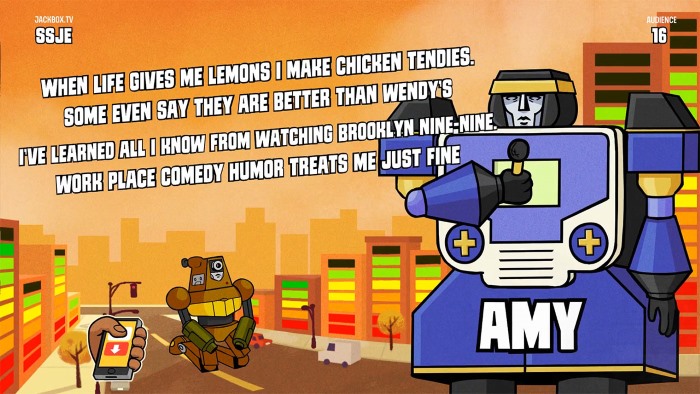 Patently Stupid
In Patently Stupid, you are tasked in create an invention that solves another player’s problem. The invention is manually drawn, then you devise a name and tagline for it. The funnier you are, more people will vote for your idea, and the more money you’ll win. I also liked this game but sometimes encountered a blank-page syndrome in which I had no idea what to draw.

Zeeple Dome
In Zeeple Dome, we are tasked in throwing our astronauts into enemies that have a matching color, in an Angry Birds-like setting. You must select their direction and momentum on your mobile device, and they’ll react accordingly. Each player controls its own astronaut, but they’ll rebound when they hit another player’s astronaut. Out of the party we had, one player thought this was annoying, but most of us enjoyed it! 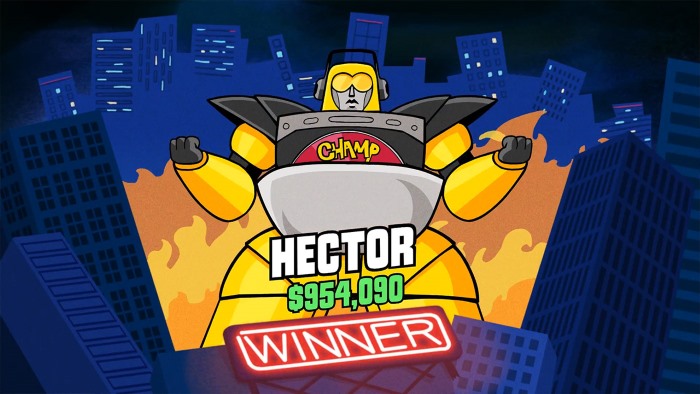 Final Thoughts
The Jackbox Party Pack 5 is a good game, but one that requires to have a good party at home because most games require at least three people to join. This also means that you won’t be able to enjoy most of what is to be seen if you play alone with your significant half for example. It can be played at up to 8 players.

Technically speaking, I loved how the game can be fully controlled remotely by the phones, but this also means that when Jackbox’s servers are retired, this game will become completely unplayable. I, however, thought it was done very well and simple enough to bring non-technical people in the fray. Given the nature of the mini-games however, this is not a party game you will want to play with your kids.

Disclaimer
This The Jackbox Party Pack 5 review is based on a PlayStation 4 code provided by Jackbox Games.