Switchblade is an early access game that has found its way to the PlayStation 4. Learn more about it in our Switchblade review!


Switchblade is a 5v5 multiplayer vehicular shooter that will eventually go free-to-play. Think of Rocket league with Arena-based mechanics only with shooting instead of having to play with a football. The combat is pretty frantic, and the choice of strategy is near limitless. You will have the ability to switch between vehicles on the fly, a max of two vehicles at the moment, but this will increase as the game’s development moves forward. 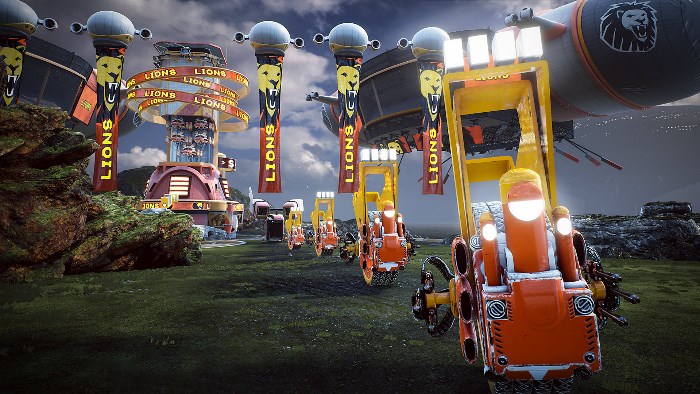 You can choose between different classes. The Armored Class is a protective unit that will protect your team, making it a perfect bullet absorber which I highly recommend. A great unit to have by your side when playing an armored class is the Artillery Class, which is a good all-around unit – they can work together as they take down their opponent’s tower. Another example is the Tank Class which does exactly what you think it says – it’s very slow and offers excellent firepower. 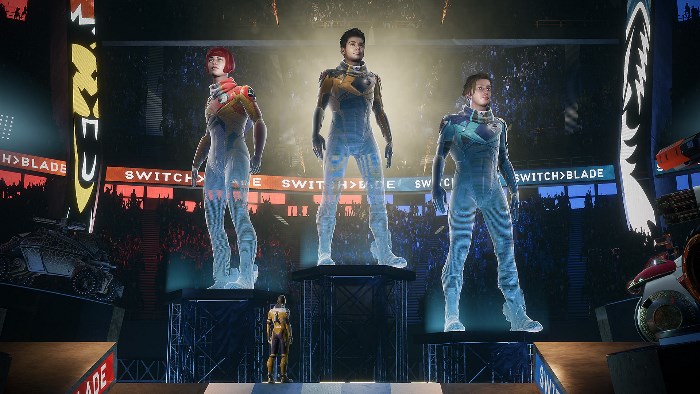 As you play the game, you will earn experience points and money from defeating your enemies. You can use that to obtain upgrades as well as buffs for your team. Some buffs are short term, but the more expensive buffs can last an entire match – when I say expensive, I mean really expensive. The short-term buffs can do wonders to turn the tide of battle, so I’d suggest that you save your in-game cash for stuff you can apply for shorter periods of time several times instead of one big buff that will cost you a small fortune.


A single match lasts around 20-30 minutes, and over time can last about five minutes, so you certainly need to have the time to play. This being a team game, you do need to have the time to play several matches to get the hang of things and make good progress. This is a pure online MOBA style game with no pause feature, so when you’re set to play it, you better be ready to play it – Switchblade is not going to wait for you if life ends up getting in your way. 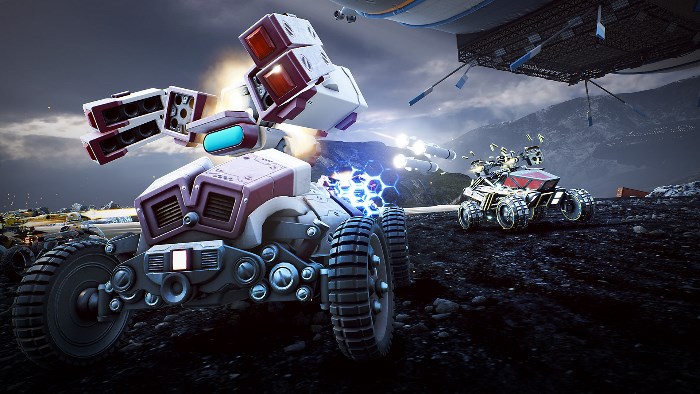 There are a few modes you can play. You can take on a quick match, which is an ideal option for practicing and honing your skills. You are matched with opponents that are within your level so that you are not overwhelmed by the challenge. There is co-op in which you can play against bots. But the beef of the game is its ranked matches, which sends you straight into the full-fledged competitive mode in which you can level up, earn money, and increase your season rank, making it a bit like a career mode. On top of that you have scoreboards that help you to compare your scores with other players, and for added replayability, you have daily challenges which give you some extra money for completing them. 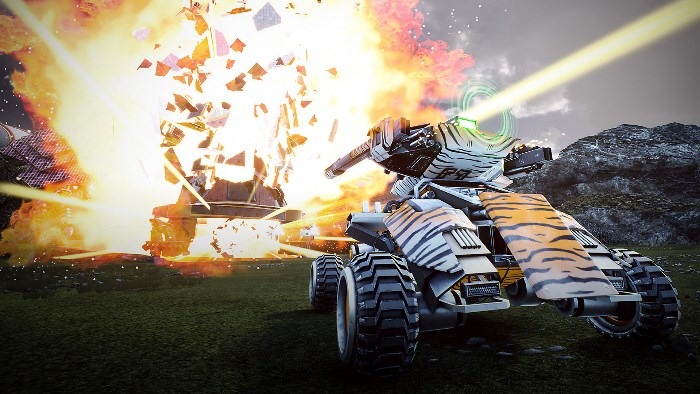 With that out of the way, so far the cons of the game are that this is an early access game, which means that it’s not the same as the experience you’ll be getting next year. You’ll run into bugs, which is given for an early access game. There are still not enough maps or vehicles for you to play. And then there’s the fact that you need to be the type of gamer that can spend hours playing a game non-stop without any interruption to be able to make the most of the money you end up spending to play this early access game. 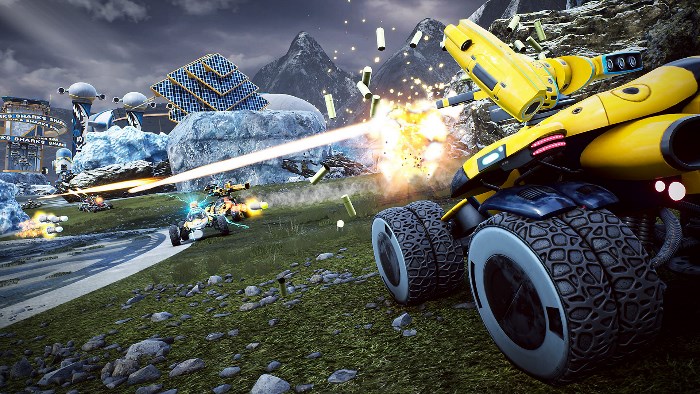 If you’re a fan of online-heavy games, don’t mind running into bugs or a general lack of variety, as is to be expected of an early access game, and don’t mind spending some money to secure some current vehicles or all current and future vehicles, maps, as well as some bonus skins and extra items.

Disclaimer
This Switchblade review is based on a PlayStation 4 copy provided by Lucid Games.