From the devs of the Urban Trials series comes a new motorcycle game, this time combining stunts with a saw-blade equipped front wheel, weapons and a post-apocalyptic world. Find out if it works in our Steel Rats review!

The story starts off with Toshi, one of the members of the Steel Rats, arriving in their hideout only to find it empty and with no one responding to his radio call. From there, he’ll leave to find the three missing members of his crew (who’ll become playable characters as you find them) and after being attacked by aliens and robots made out of junk, their quest will evolve into something much bigger; saving Coastal City ! 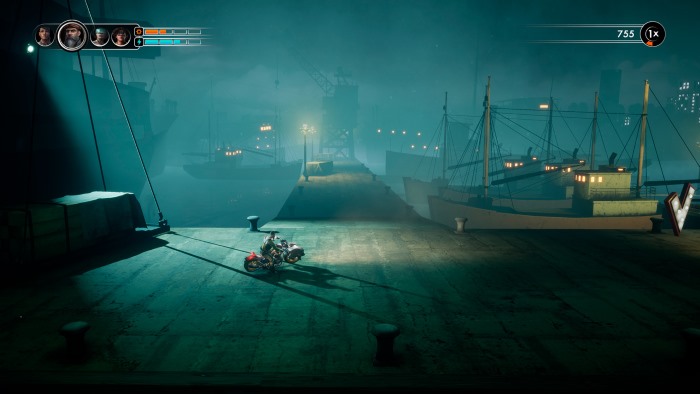 This will play out in something that’s kind of a mix up between Streets of Rage and the Trials series. The Trials part is pretty obvious, you’re on a bike and you’ll never get off of it. When hitting jumps or crossing big gaps, you’ll be able to perform stunts that’ll earn you some points that will later be useful to upgrade your bikes. The Streets of Rage part is because the game is also (mostly actually) a beat-em-up game, in which you’ll battle with mobs of junk robots, all while being able to move up or down in different “lanes” on screen.


Since you’re on a motorcycle, the controls were a bit different than your regular beat-em-up. Instead of freely moving around with the left stick, the movements were a combination of moving up and down with the left stick (to switch “lanes”), accelerating or braking with R2 and L2, and turning around in U-turn fashion with the circle button. For me, this felt like a lot of buttons to simply move around, even if you end up getting used to it. And when you add to that the different actions you can do like attacking, deflecting projectiles, ramming with your saw-blade wheel, speed boosting and such, the controls can be confusing and end up giving you a not-so-smooth experience while you play. 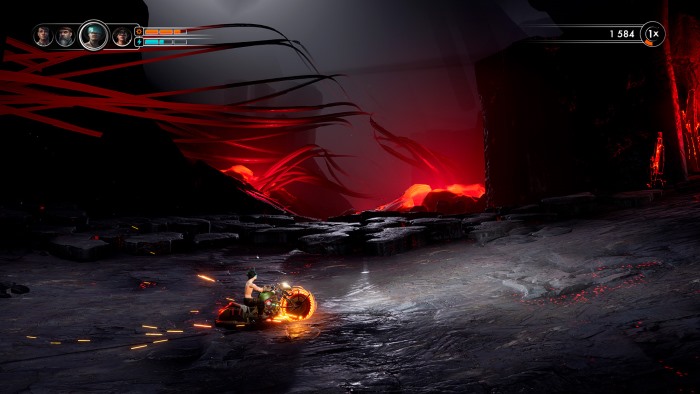 The game is separated in six districts, each composed of a couple of levels, and levels become unlocked as you complete the previous one. Apart from making your way to the end of the levels, there’s a lot of stuff to do in them to potentially get you coming back in them. Each of them has three extra challenges that you can tackle to earn extra junk points, the currency that allows you to buy upgrades and outfits. And speaking of upgrades, they won’t be unlocked right at the start; they’ll become available for purchase as you complete the levels with big enough scores to unlock them.

The post-apocalyptic / steampunk world of Steel Rats was a real beauty in terms of 2.5D games. The levels, where you actually play and move around, were well detailed with lots of breakable objects and things that made them feel real. Then when taking a moment to watch things fly by in the background, there were even more details to put you in the atmosphere of the game. And speaking of the atmosphere, the soundtrack was truly impressive to set the tone with mostly dark ambient tracks. It’s worth saying that the soundtrack is available for purchase on the store, either separately or if you buy the deluxe edition of the game, or on Bandcamp. 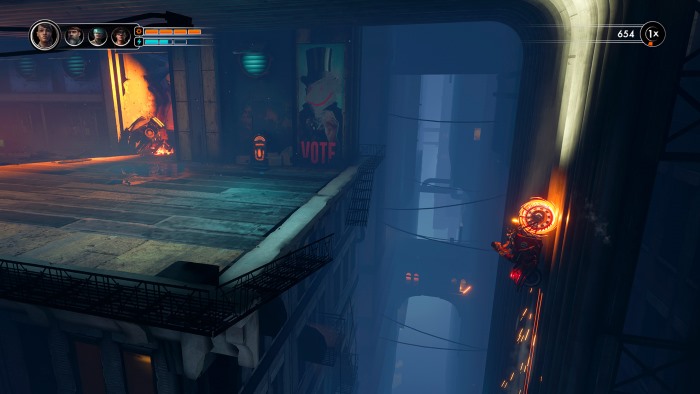 My time with Steel Rats left me with some mixed feelings. I truly loved the atmosphere in which the game takes place and the concept of a motorcycle beat-em-up was a lot of fun. Also the fact that each of the 4 bikers, which you could switch between at anytime, had different abilities that you could play around depending on preference and enemy encounter, added some nice variety. And although most of the times I got them on my first try, I really liked the idea of unlocking the upgrades in the levels before buying them and the extra challenges they offered.


But then there was the story, or actually the lack of it. I know this kind of game is not meant to be a narrative experience, but I would’ve liked a bit more to be told in-between the levels. There’s also something that felt really annoying for me while playing. The fact that you and your enemies could freely move around in the “lanes”, coupled with the speed you try to feel by giving your bike some speed, made most of my encounters with enemies painful. It was really difficult to know if I was precisely in front of the junkbot when trying to ram it and most of the times I ended up missing them and so I had to turn around, sometimes more than once, to eventually be able to hit them. In the end, I ended up either circling around a couple of times before managing to ram them (gotta use that saw-equipped front wheel !!!), or just driving slowly to get some better vision, which kind of ruined the fun and speed of being on a motorcycle.

As for the trophies, if you complete the game and all the extra challenges, you should be well on your way for another platinum. There are a couple of specific trophies and a few grindy ones, but they shouldn’t pose much of a challenge if you keep on replaying levels over and over. 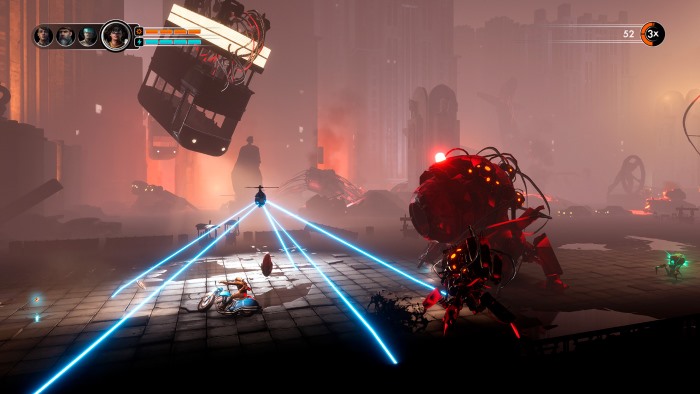 Final Thoughts
Steel Rats might not win the game of the year, but it is an impressive game that’s a lot of fun to play and with some nice replay value. Tate Multimedia have also done something that’s quite rare these days, they created something that’s unique and original. If you wait for just a little sale, this one’ll be worth your money if you’re into beat-em-up games.

Disclaimer
This Steel Rats review is based on a PlayStation 4 copy provided by Tate Multimedia.