Speed Brawl is a 2D combat-racer from Double Stallion Games that can be played either solo or with a friend in local multiplayer. Learn more in our Speed Brawl review!

Speed Brawl is a 2D combat-racer about moving fast and hitting hard! Maintain your momentum, build your combos, and unleash powerful special moves. Find your own fighting style, and assemble the finest team of brawlers ever seen. Then do it all again faster… faster… FASTER!!! 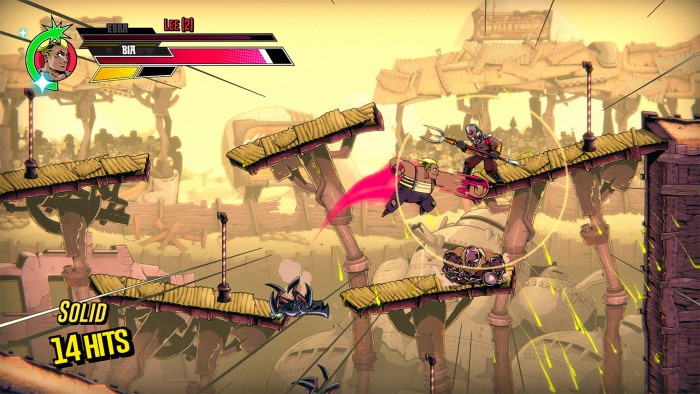 As soon as the game starts, we are greeted with an anime-like opening cut-scene which I thought was really well done and looked like it was directly taken from a Japanese anime TV show. Once the intro ends, we are in control of two female characters as they goes into their first Speed Brawl.


Speaking of which, I’ve already mentioned a few times the term Speed Brawl, but didn’t get to explain what this actually is yet. Speed Brawl is a championship tournament in which fighters fight their way through enemies in races in order to obtain prizes. And as you begin, the first level is a cleverly designed tutorial. I was surprised at first because we don’t get clear instructions as what to do, but the gameplay is easy to get that hang of and is explained as we progress through this first level and get ambushed. Clearing the enemies with the specified attack allows you to proceed further. 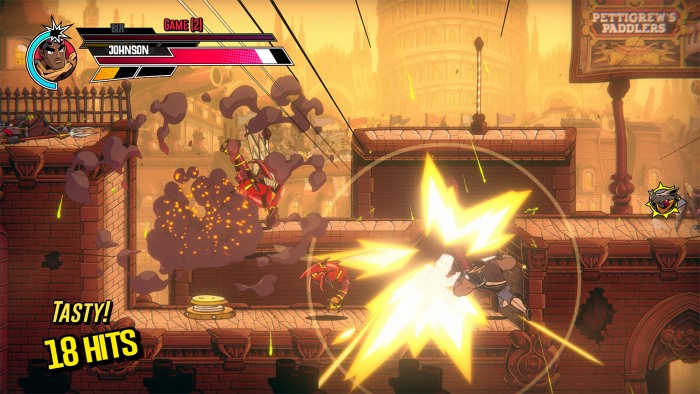 As for the gameplay, there are many different types of attacks possible, which I thought was refreshing instead of relying only on the attack button. For instance, there is a special attack which is stronger. There’s also a tag out attack, which hits the enemies strongly when the character off screen is brought up, dealing massive damage on its path. There’s also a Pole Swing attack, which relies on getting a speed boost when swinging on various poles in the different levels. Finally there’s a Wall Kick attack which allows you to get speed when hanging on a wall, or double-jump when touching a wall, which certainly adds some strategy. 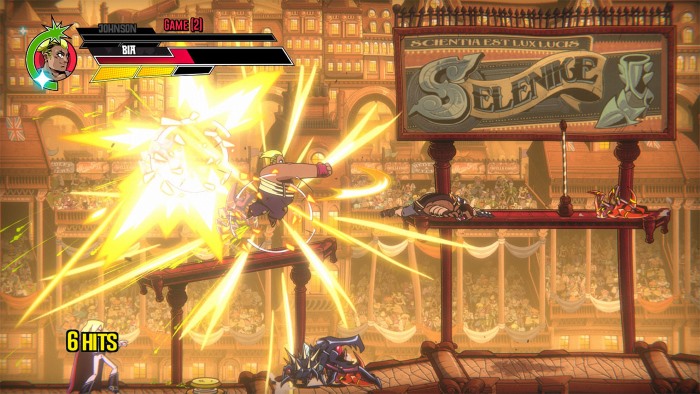 Defeating the different enemies in each level segment isn’t the only gameplay aspect since there is also a timer which urges you to complete the level the fastest possible. Not only will you get better rewards (bronze, silver or gold) if you finish the levels quickly, but some levels have a built-in timer which gets a few seconds added when you reach an objective, but if it reaches zero, you’ll have to restart the level from the beginning.

As for the game presentation, I loved the hand drawn visuals and the moody soundtrack. Speaking of which, I particularly loved the Level Clear theme! One other thing I liked is that each character can get equipment in a built-in store, and each character also has his own skill tree, meaning you can build up each character as you wish, even though the skill trees aren’t that different from one another. 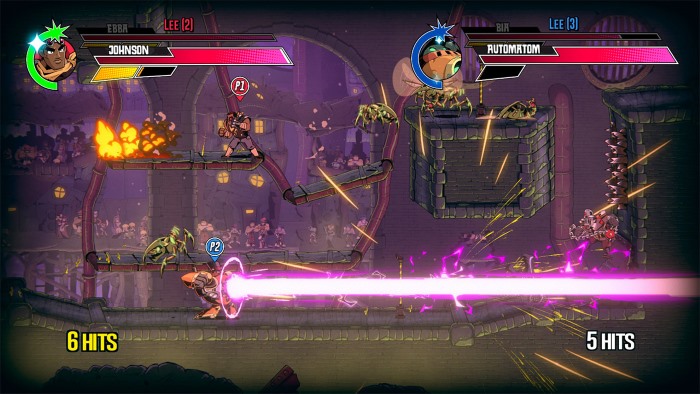 Final Thoughts
Speed Brawl is a great game if you like brawlers. I liked the hand drawn visuals, the soundtrack and the different environments. I definitively recommend this game if you either want to play alone, or with a friend in local multiplayer.

Disclaimer
This Speed Brawl review is based on a PlayStation 4 code provided by Double Stallion Games.