Light Fingers is a local co-op multiplayer game for 2-4 players. That means I got to enlist the help of my godson to take this one for a spin. Learn if we liked the game or not in our Light Fingers review!


There are two modes to play: the main campaign, which requires a minimum of two players, and Dungeon Rush which can be played solo. So if you’re playing on your own, you need to know there isn’t an option to add bots to the game. I did get a chance to play the game with other players, and it is in multiplayer sessions that the game shines. Light Fingers could be described as a board game with a minimalist art style that looks nice on the TV and on the Nintendo Switch’s screen. 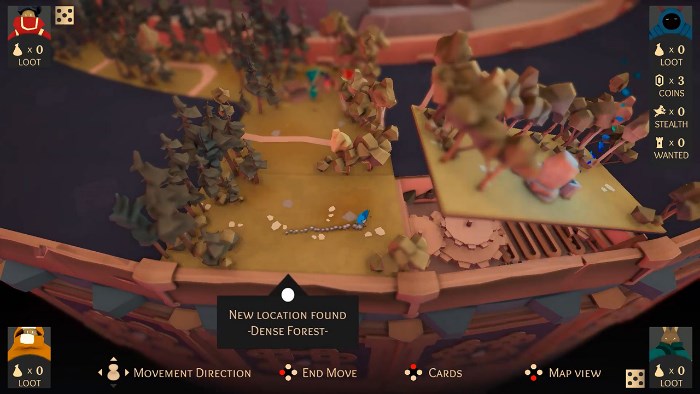 During the main campaign, you and up to three friends will be dropped on a randomized board. You’ll each roll the dice and move around the board accordingly uncovering new tiles. Each tile corresponds to shops, dungeons, loot, and more. Loot is very important since it helps you win each game. If you want to customize your experience just right, you can edit things as needed, but if you leave the game with the standard rules then whoever gets four bags of loot will be declared as the winner. 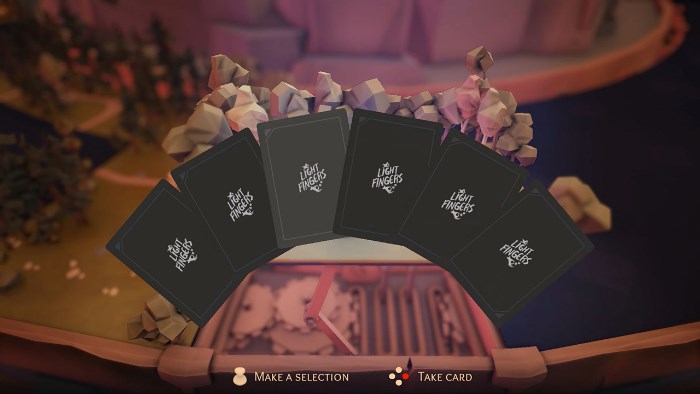 To collect some gold, you will basically need to steal it while in caves, dungeons and other areas you explore. Unfortunately, if you steal some gold, this will alert the nearby guards, and if they catch you, then you can kiss your loot goodbye. If you want to escapes with your loot, you will need to run away so that your wanted meter goes down after every turn. You need to be careful since the more you steal, the more alert the guards will be, and unless you can make it to the thieves camp, a safe area that the game will randomize for every board. 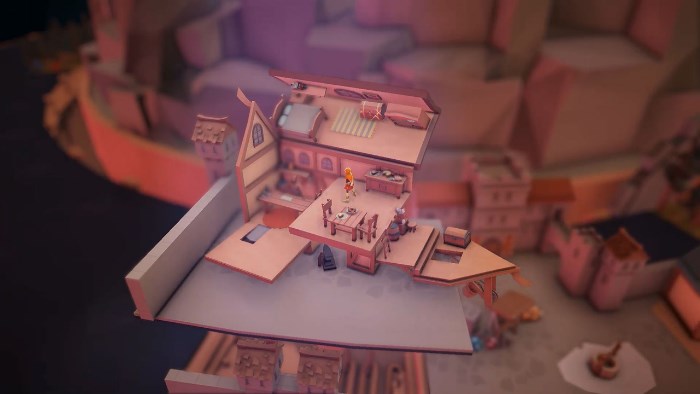 Cards play a big role in Light Fingers. These will sometimes give you some extra protection and can also ruin your opponents’ plans, so be sure to use them as needed so that you can, for example, switch the total for your dice roll with that of one of your opponents so that you can move more spots to quickly find extra loot, get away from the guards that are after you, or to get to the thief’s den to claim your loot. All is fair in love and war, right?


Now for the fun part: dungeons! Dungeons are a lot of fun to loot and, while they’re not without their flaws, they’re hectic, fast-paced and fun. Think of dungeons as an obstacle course that has hazards, traps and other stuff that gets in your way. You’re trying to overcome these to make it to the end of the dungeon to claim the treasure it guards, while the other players are basically trying to kill you, so they are tasked with manipulating the many traps laid out in the dungeon – and yes, it’s just as fun as it sounds! 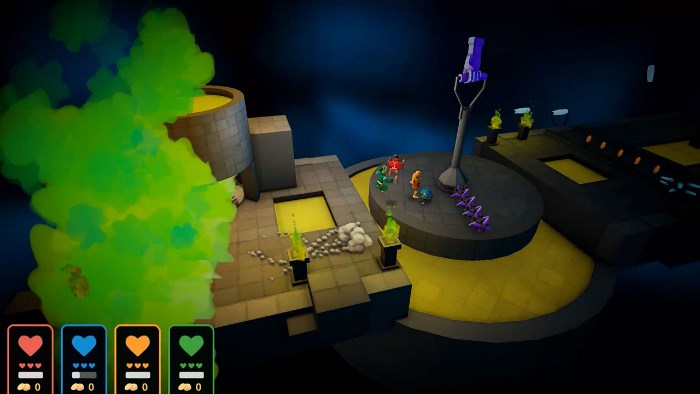 There’s also a Dungeon Rush Mode that takes this gameplay mechanics and expands it over several floors of a dungeon as you try to collect X number of coins. Each dungeon floor is short and to the point, lasting less than a minute, and you will get to a point where you will feel that the content you’ve experienced has started to repeat itself. This is why it’s great that the team have continued to work on the game to deliver the Pumpkin Patch update! This adds the autumn colors to the board game, some new loot to find in graveyards, new tiles, a new dungeon type, new cards, as well as some improvements to stability and gameplay. 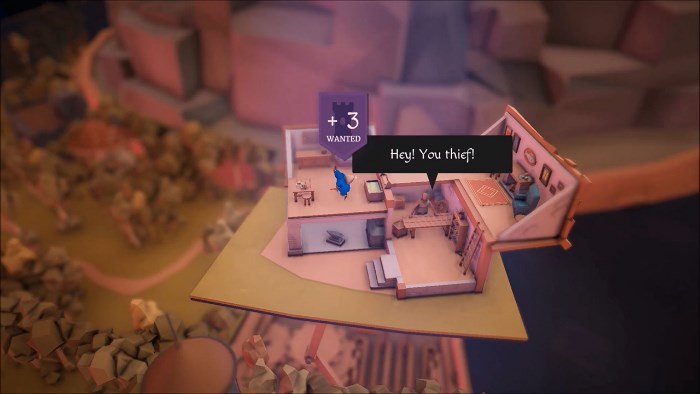 Light Fingers is a fun and colorful digital board game on Nintendo Switch that is more enjoyable with a full group of four playing the game, trying to do as much damage as possible during dungeons as you all try to secure enough loot to be the victor. The game is better now than it was at launch, so here’s hoping that the team at Numizmatic continue to work on extra content! 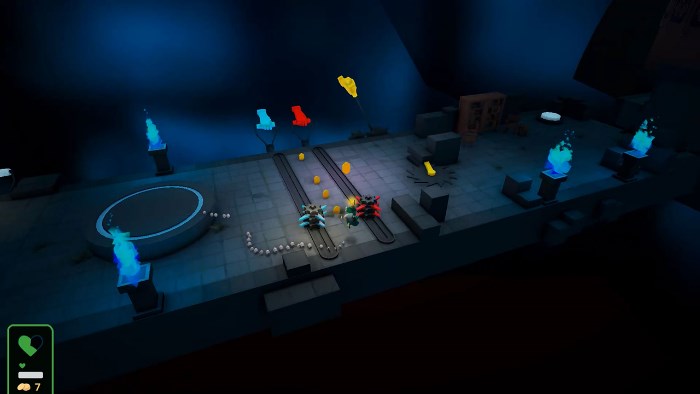 Disclaimer
This Light Fingers review is based on a Nintendo Switch copy provided by Numizmatic.

The Forest Out Today On PS4