In Night Slashers, which released in arcades back in 1993, you’ll get to control one of three fighters who set out to stop King Zarutz and his undead monsters army from taking over the world. You will do this by fighting all werewolf, zombies, vampires, mummies, and more. These monsters can’t be reasoned with, which is why your punches and kicks will have to do the talking! You’ll need to traverse all seven stages so that you can make it to the end as you destroy the evil portals that are unleashing the monsters on the world. 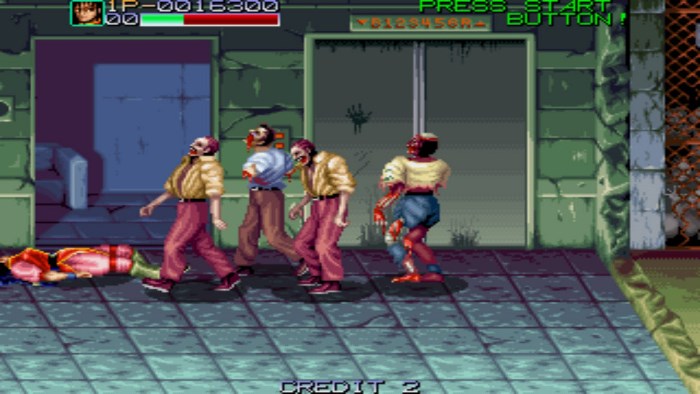 This is a three button arcade game, so you’ll be moving around with the left analog stick or the D-Pad while punching and kicking with the A button and jumping with the B button. You can dash by quickly pressing left or right twice in a row on the left analog stick or the D-Pad, and can also do a dash attack to deal some extra damage to opponents. If you get close enough to an enemy you’ll end up grabbing it, so be sure to throw it with the attack button. You also have a special attack that is set to the Y button for those moments when you need to get rid of several monsters at once. You can also use the R or ZR buttons to insert some extra coins into the virtual arcade machine to get some extra continues. 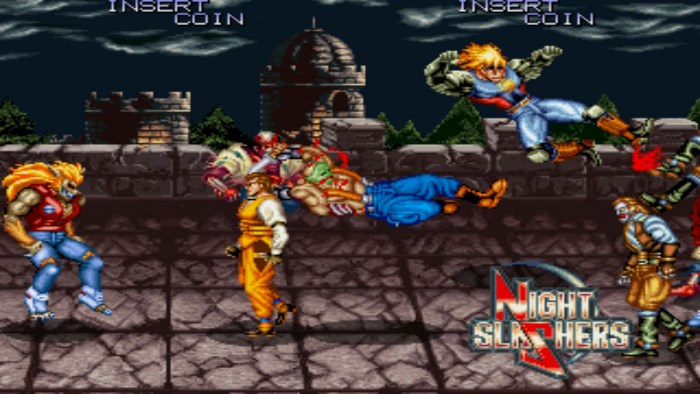 You will take control of Jake Hunter, a monster hunter with cybernetic arms who is the most powerful of the trio but also the slowest of the bunch; vampire hunter Christopher Smith, who is the most balanced of the three offering an average speed and attack power; and martial artist Hong Hua, who is the weakest of the three but also the fastest. Each character can hold down the attack button to charge up and unleash a different attack. You can also press the down direction on the left analog stick or the D-Pad as well as the attack and jump buttons at the same time to do an extra attack, but you do need to be careful since, as is the case for the special attack, this extra attack will lower your health a bit. 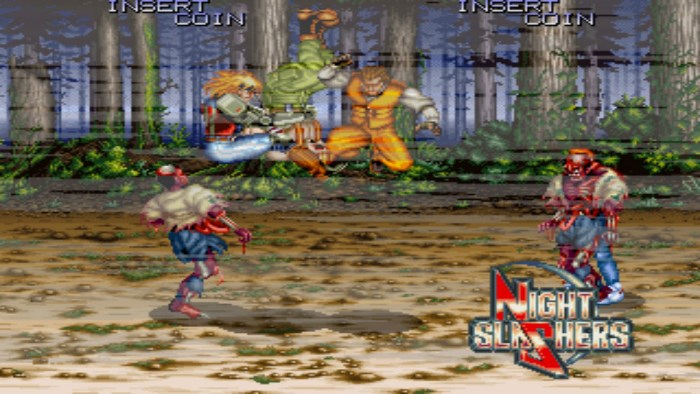 Each stage will have different enemy types for you to defeat as well as a couple of boss fights to complete. Bosses, as expected, are more powerful than regular enemies, have more health points and pack a punch. If you run into a boss that also summons regular enemies, I suggest you use your special attack to even things out, even if using it does mean you will lose some of your health points as its activation cost. After a couple of stages, you will get to a bonus stage where you will basically get to play whack-a-mole with undead that show their head out of the sand for you to hit them. After stage five you will get another bonus game that will ask you to quickly tap the attack button as fast as possible to throw an enemy into a group of enemies setup like bowling pins. 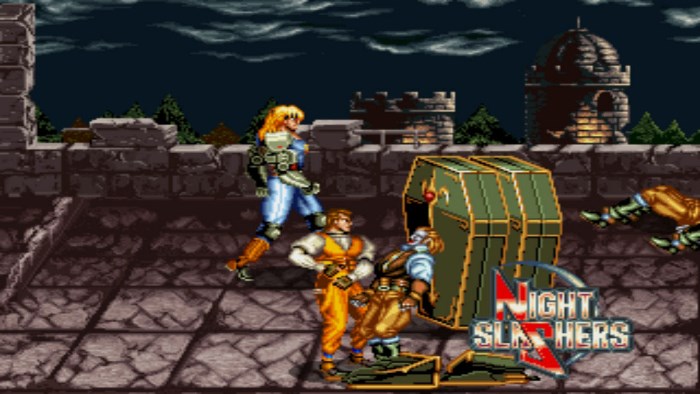 The game also features the same display options as other games in the Johnny Turbo’s Arcade range of releases, for showing the action either in 4:3 or a stretched 16:9, as well as adding filters to the screen for scanlines, composite, RGB, S-Video or VHS to give it that old-school feel. You can mix and match the screen’s size and activate one of the filters at a time, so be sure to experiment until you find the one that feels just right. 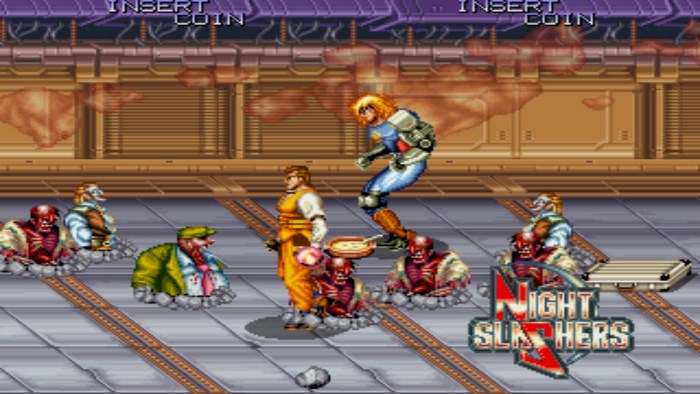 If you’re in the mood for an arcade beat ‘em up on the Nintendo Switch that presents you with a perfect port, then Night Slashers is definitely what you need. Sure, the game is short, as is the case for arcade games from the 1990s, but it’s a fun beat ‘em up you can play on your own or with some friends in local co-op that you can play at home or on the go. 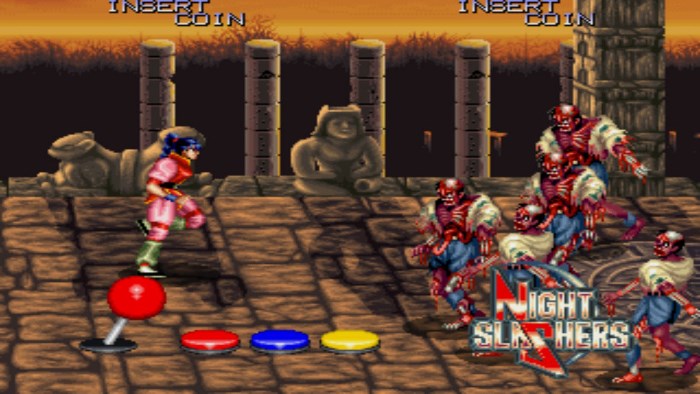 Disclaimer
This Johnny Turbo’s Arcade: Night Slashers review is based on a Nintendo Switch copy provided by Flying Tiger Entertainment.

Road Redemption Now Out On PS4