Are you ready for an old-school arcade classic beat ’em up on Nintendo Switch? Then check our Johnny Turbo’s Arcade: Bad Dudes review!


The game’s premise is that President Ronnie, the President of the United States, has been kidnapped, so the titular Bad Dudes are called in to defeat all the ninja warriors in their path so that they can rescue him. In Bad Dudes, you control your character with the left analog stick or the D-Pad as you move left and right. Attack is set to the A button, while your jump is set to the B button. When you jump, you can press the A button to do a jump kick that will help you to deal with enemies before they can attack you. If you press and hold the attack button for a few seconds, you will charge up your energy aura and unleash a powerfully devastating strike. 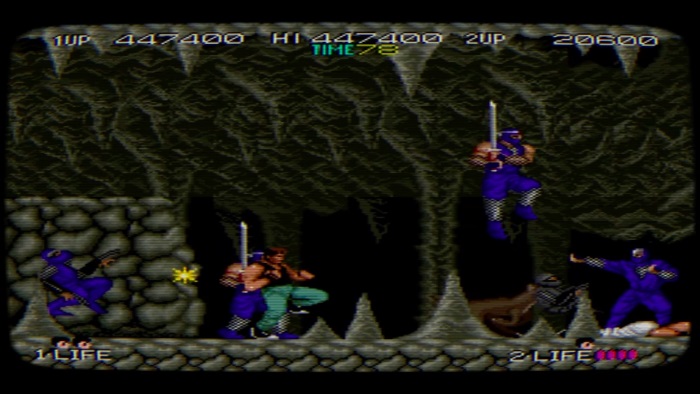 As you defeat the colorful ninjas that will try to kill you, some of them might drop a weapon you can use against them to deal considerable damage, or perhaps they might drop an item you can collect to recover some of your health. Since enemies will deal damage just from touching you, and since some ninjas will materialize out of nowhere, will throw shurikens at you or might be carrying large and deadly swords to hurt you, you’re going to need all the extra help you can get from the items you find. 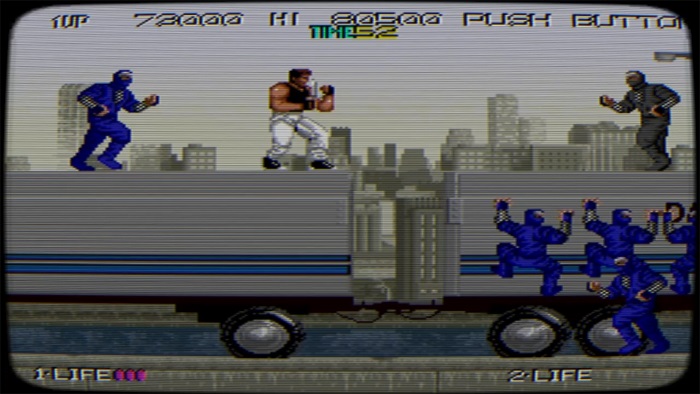 Once all of your health is depleted, you will lose a life. Lose all lives, and it is game over. You can insert some extra virtual coins into the digital arcade machine with the R and ZR buttons to the press the L or ZL buttons to continue. I suggest that you always have a handful of virtual coins already in the machine so that you can quickly continue when defeated since that way the game will instantly drop you right back into the action without delay. 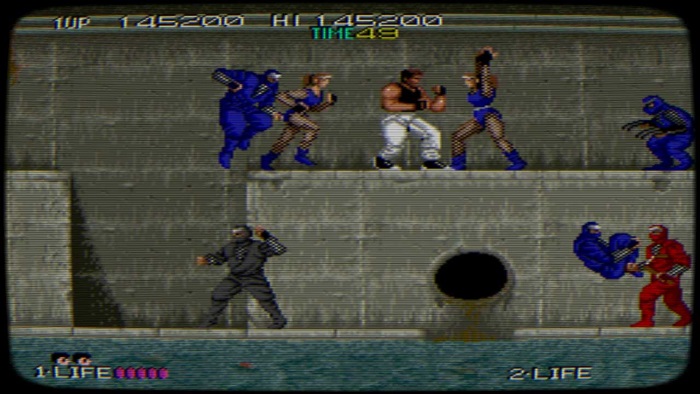 At the end of each of the game’s seven stages, you will get to fight a boss. Your goal will be to learn its movement and attack patterns so that you can find the best way to defeat him. A boss’ health bar will be displayed in the bottom center part of the screen so that you can always know how much damage you need to do before you can defeat it. The last stage in the game will do a Mega Man and throw all previous bosses at you one after the other before finally bringing you to the final boss who will be riding outside of a helicopter as killer dogs attack you on the ground. 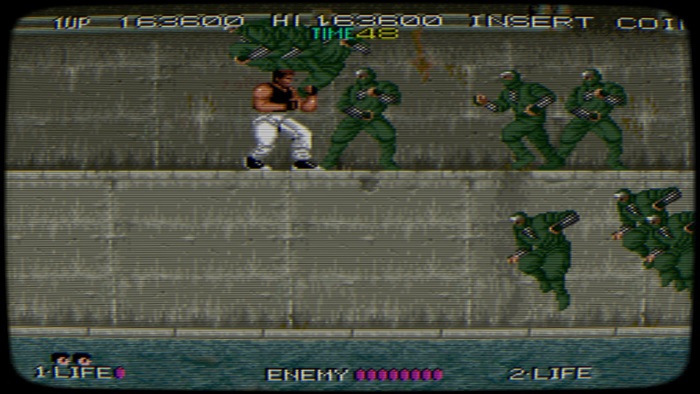 Bad Dudes is an arcade classic, a game I played back in the day when arcade galleries were a thing, and I was very glad I got to take it for a spin on Nintendo Switch. It brought back a lot of great memories, so if you played this one way back when then you’re going to love it as part of the Johnny Turbo’s Arcade series. 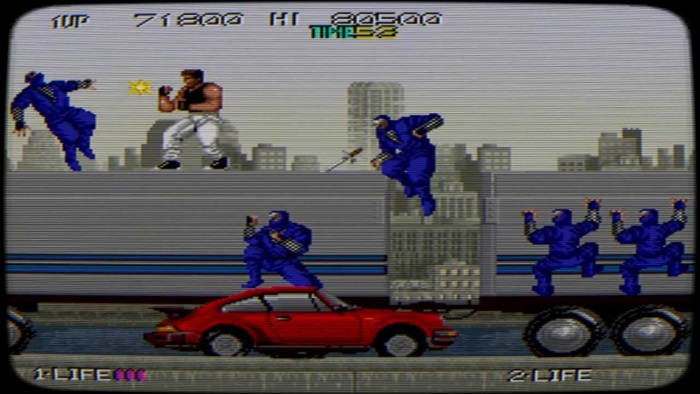