Danmaku Unlimited 3 from Doragon is now available on Nintendo Switch. This fast-paced 60 frames per second shoot ’em up will keep you busy for hours as you learn which drone formation and beam attack works best for your playing style. You will also learn what each enemy can do so that you can maximize your odds of survival. You’re going to die a lot in this one, but you will learn something new with each run, and you might even unlock some extra continues, attack formations, and beams! 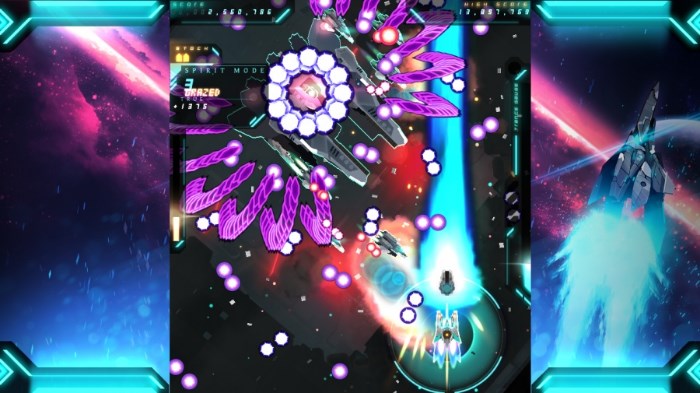 The main thing I want to mention is that, while the trailers and the game’s screens make it seem as if it’s almost impossible to play the game in the highest difficulty setting if you look closely, your ship has a small circle glowing circle in the middle. This is your core, and that small circle is your entire hitbox. That means that as long as your core remains away from any bullets on the screen, you’re good. 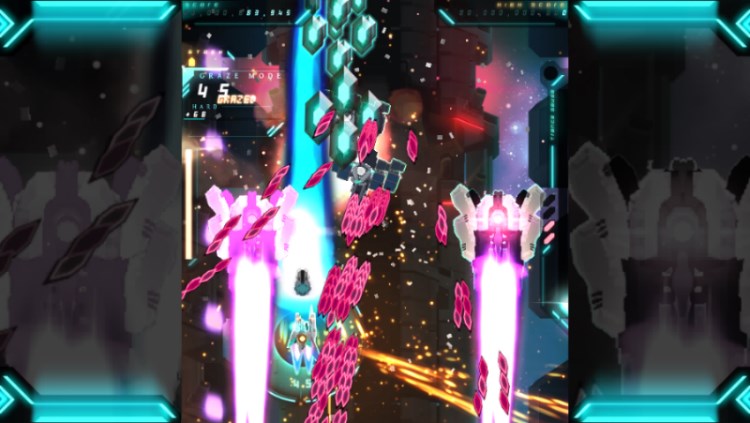 When you first start to play this one, the game will as if you want to take on the tutorial. If you decide to skip it, you will get another chance when you pick the difficulty setting – there are four difficulty options with an increasing challenge for players. You move your spaceship with the left analog stick and shoot with the A button. If you hold down the X button for your beam, you can switch a strong and focused beam attack, but you need to be careful since the beam attack makes the ship move slower. The B button is for your bomb attack which is very powerful and damages all enemies while also clearing the screen from enemies’ attacks.


There are two game modes: Spirit, which is the easier of the two, and Graze, which is for experienced shoot ’em up aficionados. For Spirit, you can select from all four difficulty options, but when playing in Graze, you will only have the two harder options at your disposal. Spirit is also easier due to the Spirit system being the main gameplay system, while Graze, as expected, places the Graze system as the main option, which impacts how you approach each situation. 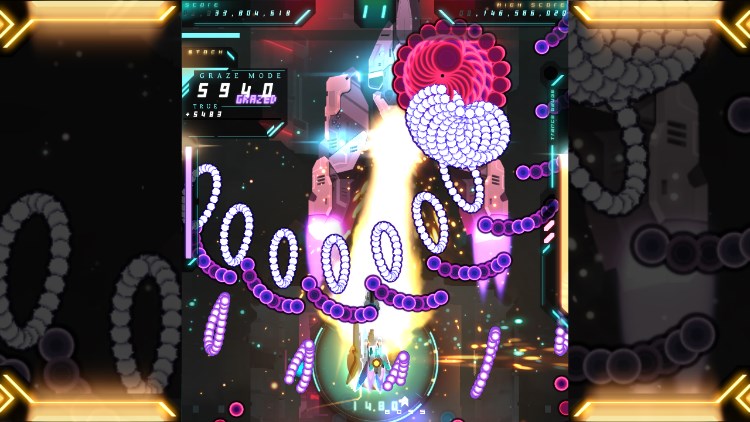 Speaking of which, let me talk for a bit about each system. Graze means that if enemy bullets come close to hitting your ship, the Graze counter will fill up. For Spirit, when enemies are destroyed their bullets leave spirits behind that won’t damage you but will also increase your Trance meter. When the Trance meter is full, pressing the B button for your bomb will enter you into Trance mode, during which your weapons will be powered-up and destroyed enemies will leave behind gems. Gems are added to the Graze counter and will give a big push to your score. 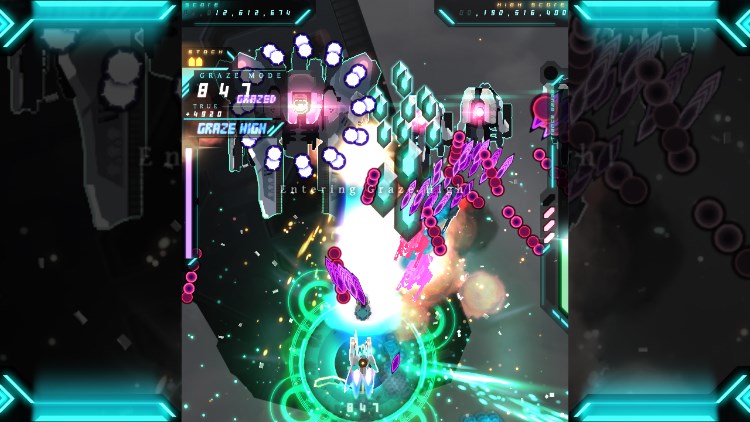 There are five types of Primary and Beam attacks you can customize your ship with, but only the first two options are open for each type of attack. The rest need to be unlocked by beating the game once, grazing 300 bullets in a single chain, defeating the true boss, grazing a total of 100,000 bullets, flawlessly defeating a boss while playing in Hard or True difficulty, and scoring more than a billion points. As you can see, you will be playing the game for a bit to be able to unlock all weapons and beams! 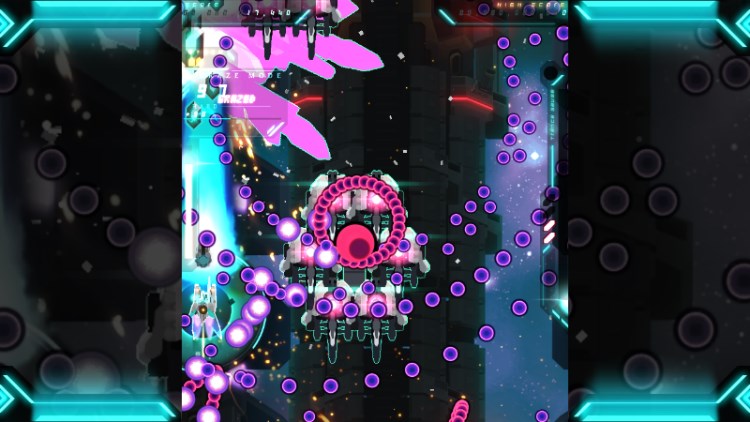 You can rotate the screen to give you that old-school vertical display and feel, showing the game in full instead of the regular horizontal display in which the action is presented in the center while the sides of the screen show a background theme to fill up the extra room. This works best when playing in tabletop mode so that you can take each Joy-Con in your hands or place them in the Joy-Con grip.

I had a blast playing Danmaku Unlimited 3 for this review, giving both modes a try as I got into the groove, entering a Zen-like state of mind as I moved my spaceship around at the right time to avoid the hundreds of bullets that were always around me, particularly when dealing with bosses. If you’re a fan of bullet hells, then I highly recommend that you get this one on Nintendo Switch. You will not be disappointed!

Disclaimer
This Danmaku Unlimited 3 review is based on a Nintendo Switch copy provided by Doragon.