End the fight in the last entry in the BlazBlue series (… we’ll see I guess). Check out our review revisited for BlazBlue: Central Fiction!

I love fighting games and the BlazBlue series from Aksys is close to my heart. There is something about the crisp movement, the beautiful hand-drawn artwork, and the excellent fighting mechanics that help it set itself apart from the rest. Even though this is the last game in the series, I would love to see an evolution of the franchise that ends up new characters into the mix – as was the case for the excellent Street Fighter III. 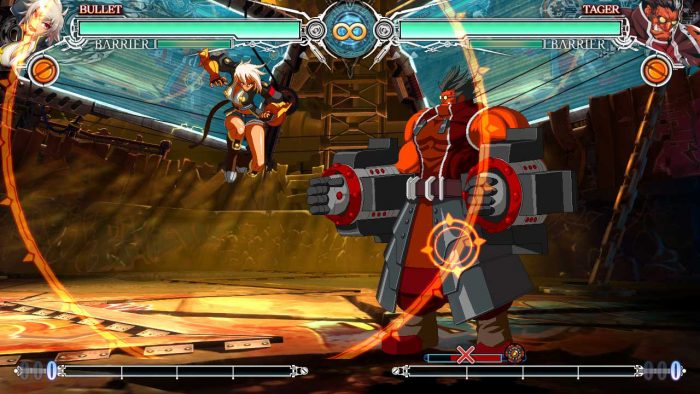 We had this to say in our review:

BlazBlue: Central Fiction is being billed as the last entry in the BlazBlue series… ever. We’ll see if that ends up being true. I have a feeling it might just be that this is the end of this massive story arc, and that a new entry in the series will come in a couple of years with a lot of new characters and some fan favorites making a return. Think of it as the Street Fighter III approach, and it sorta makes sense. Either way, if this does end up being the last BlazBlue game, then the series is going out on a high note with the best looking game in the series – and one with a ton of content and story to enjoy. This is a must-have for fighting game fans and a no-brainer for big fans of the BlazBlue franchise.