Sunday was definitely a quieter day at the EGLX in Toronto. It was headlined by Kinda Funny on the main stage, and there was some interesting stuff shown there. I also got to play some extra games before the event was over. Are you ready?


Check out my Day 2 coverage here if you haven’t had a chance yet.

When I arrived Jeet Shroff, the gameplay director for God of War on PlayStation 4, was being interviewed on the stage. He discussed having Atreus as an NPC, and how to keep the mechanic from getting old or annoying as most NPC characters tend to be in gaming. The relationship was discussed between father and son and how they worked on developing that throughout the story. A question was brought about if they discussed having multiplayer and he quickly said the single-player campaign was their focus. There was talk about the creation of the Leviathan Axe, which, initially, felt heavier – they referred to it as the Home Depot Axe. As development moved forward, they got the concept to turn it into what it became in terms of the catch and release gameplay mechanic, allowing for some very fun combat. It was a really enlightening talk about one of the games that I am sure will be talked about everywhere as THE main contender for Game of the Year. 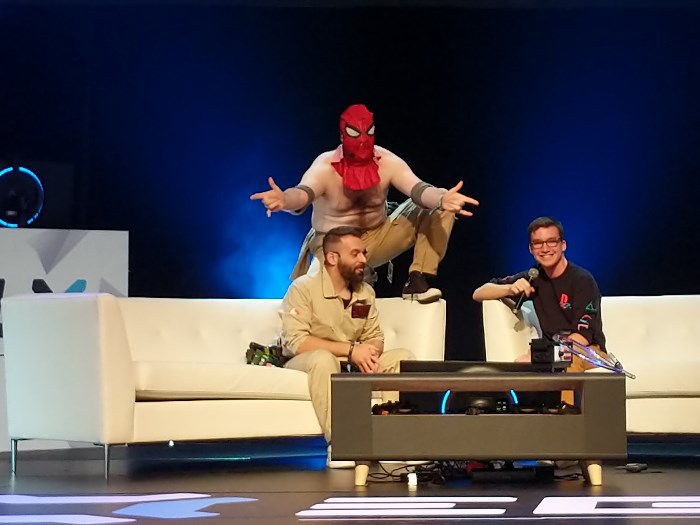 After this was the panel I was most excited for: Kinda Funny Takes on Toronto. Both Nick Scarpino and Greg Miller once again donned their Ghost Buster costumes from the previous day and had a panel full of shenanigans, similar to what you’d expect from one of their regular steaming shows. Eventually, Greg decided to change his Ghostbusters cosplay to a combination of a shirtless Spider-Man Ghostbuster. They shared some stories from the group, debuted a video they just finished from last Halloween and did a Q&A with the crowd. After the event finished they lead a huge line of fans to the signing room and met with each fan and let them take pictures. Great moment at the event. Hopefully, it’s not Kinda Funny’s last time in Toronto. 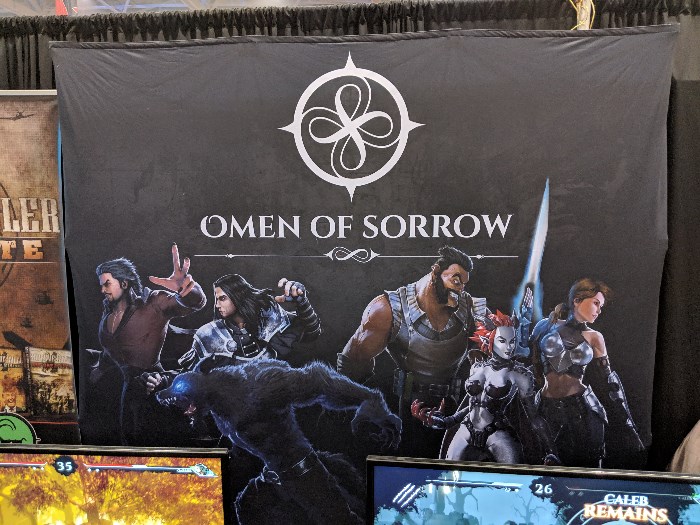 Next, I got some hands-on with a new game coming to PS4 in a couple of weeks: Omen of Sorrow. It is a 2D fighter that, to sum things up, has the looks of Mortal Kombat but plays more like Street Fighter. The game has new takes on classic horror movie characters like the Wolfman, Dr. Hyde, the Mummy, and more. What impressed me the most was how gorgeous the character models were. Walking by I immediately noticed the game due to the high quality of work put into it. It feels like a very competent fighter with tight controls in the Street Fighter vein of play, as you build up your meter to be able to use Supers. I didn’t get enough time to dive into the deeper mechanics of the game, but when it’s out in a few weeks, I hope to be able to check it out. You can pre-order it currently at a discounted price on the PSN.


Next up for me was a play by a comedy troupe know as Sex T-Rex. I had seen them both earlier but wasn’t quite sure what it was going to be. They did their play SwordPlay: A Play of Swords and it was absolutely fantastic. The troupe had five members and limited resources but managed to tell a riveting and funny tale about knights saving the kingdom, filled with game troupes, sound effects and more. During the hour-plus show, I was amazed by the quality writing and storytelling. The entire crowd cheered and clapped as the story came to an end. A huge highlight of the weekend for me, and now I want to see what else Sex T-Rex has in store for us. 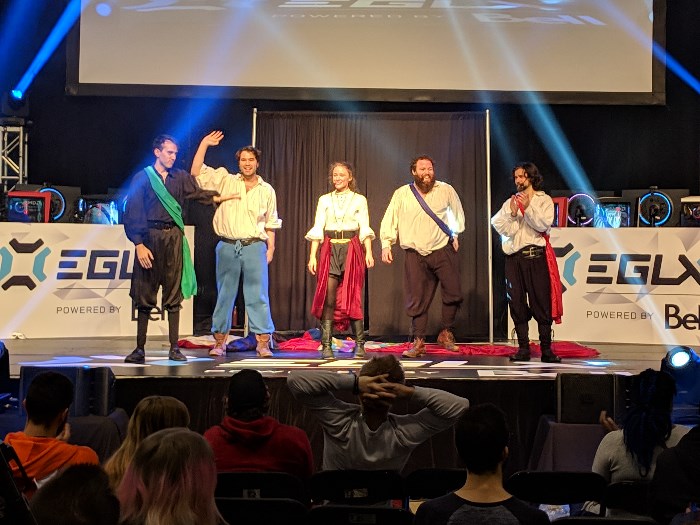 The last thing up for the day was a game with the working title Project Zephyr from Four Shores entertainment. The game is still in development, but I got to try an Alpha build of the title. It has you playing as a character who can manipulate the seasons, and you need to alter them to continue navigating the area. It’s a 3D platformer akin to, say, Banjo-Kazooie or Super Mario 64. As for the gameplay, in Winter I saw the outline of a pumpkin, and in the Summer a pumpkin was there, but I could pick it up. But when it changed to fall the pumpkin got larger so I could no longer move it, but it bounced significantly better.


Enemies will react differently in each season, and water will freeze in winter making certain areas easier to pass. The environment will change depending on the season as well, which is always fun. It’s still early in development, but it shows a ton of promise in what I played. The team’s goal is to get it to steam first then port to consoles of it’s a success. 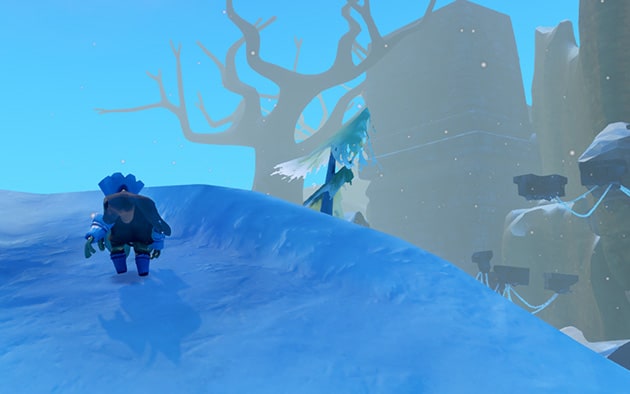 Overall I had a great weekend at EGLX 2018. The performers brought in were excellent, and they were the highlights of the event. Having Nintendo, there was great with Super Smash Bros. Ultimate and the Pokémon games that were packed every single day. Hopefully Sony can join next year since I did feel that their presence was missing.

The Indies on display were great, and I was fortunate to get a lot of hands-on time with several gems – I’m looking forward to trying them over the next year as they drop on consoles. I didn’t even get into the competitive gaming going on at the show since there was not enough time in each day. EGLX was a huge success, and I can’t wait to see what next year will bring!