Back today with my Day 2 impressions on all I saw and did on the floor at EGLX. If you haven’t had a chance my Day 1 impressions are already live so check them out.


First of all, Saturday was definitely busier than Friday filling the venue past capacity and temporarily leaving a lineup of people waiting to get in – thankfully that issue was resolved pretty quickly. The increased traffic definitely increased the time it took to be able to demos some games, and this was certainly easy to see for Super Smash Bros. Ultimate and Pokémon Let’s Go Pikachu/Eevee, which I already got a chance to preview yesterday. 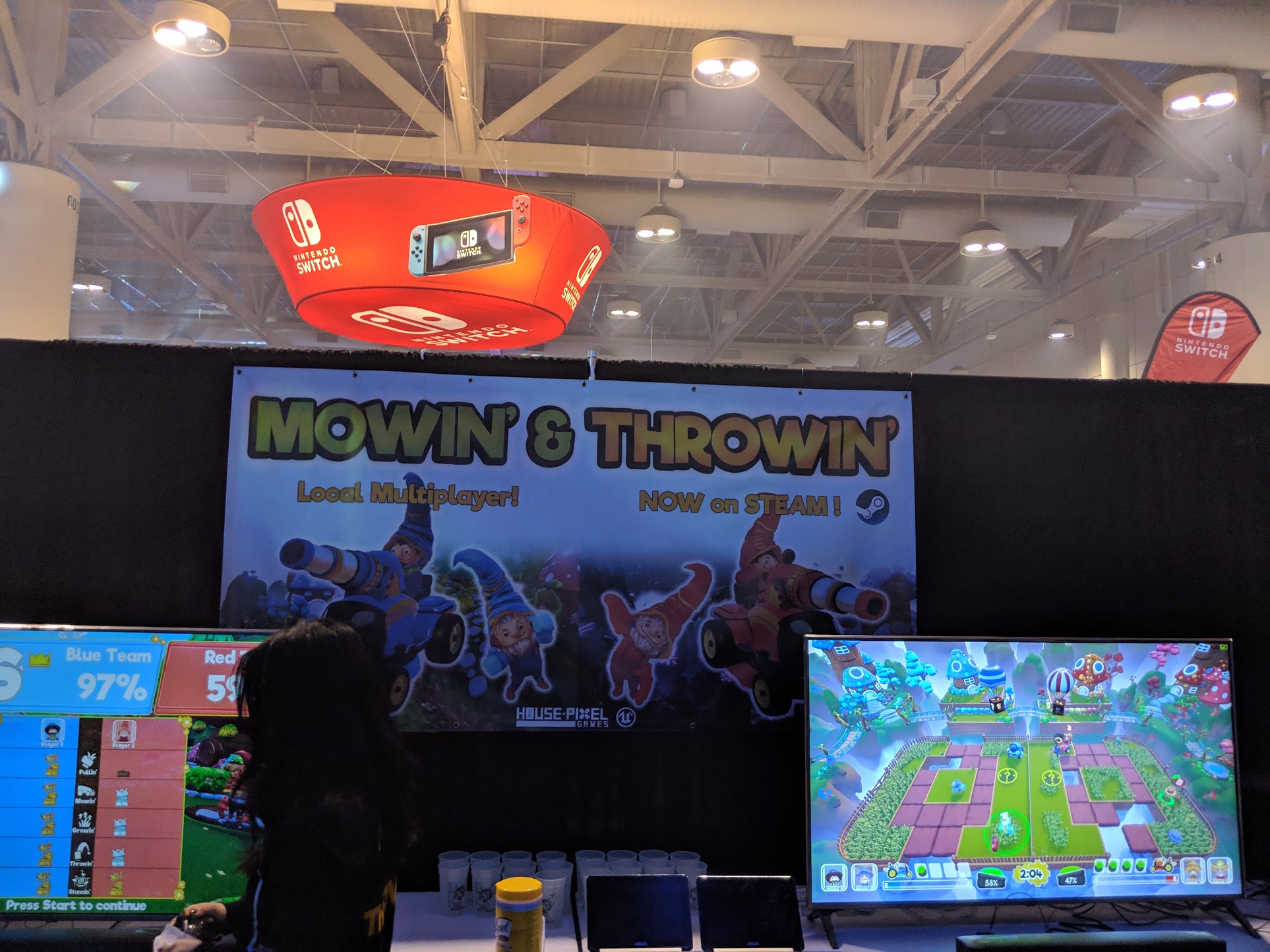 When I got there on the main stage was a let’s play of a game called Mowin’ and Throwin’ featuring Kinda Funny’s Greg Miller, The Dreamcast Guy, and two fans. The game was a cooperative lawnmowing game where you work with a teammate to mow your lawn as quickly as possible. You have a lawnmower you can ride that will cut it for you, but it will run out of gas. Supply crates fall from the sky leaving behind gas you can collect, and there are rocks which you can use to knock someone off their mower or leave on the ground to damage any lawnmower that runs over it. There is also fertilizer which can be used to regrow grass in areas that have been previously cut.

After watching the let’s play I was ready to give it a go, so I tracked it down on the show floor and took it for a test drive. The good news is that I had a great time playing it. The game is really all about teamwork, so you better pay attention and make the most of your partner! The game had 8 different lawns to mow all featuring crazy premises, including rotating islands, switches to move fences around to change the access, and a personal favorite of mine which had ad giant tiki head in the back – if it’s hit with a rock it will knock your opponents’ bridges down between sections which is especially bad if you are crossing it. I spoke with Marc Mixon the producer of the game, and he mentioned the team had seen a very positive reaction this one as the shown. Mowin’ and Throwin’ is currently on Steam, and they are looking at bringing it to consoles next year. I’m definitely up for reviewing it!


Next, on the main stage, we had a reveal for the new Toronto Defiant roster. In case you missed it, this week the name of Toronto’s new Overwatch team was announced as the Toronto Defiant. The first two players are Kang-Jae “Envy” Lee and Se-Hyeon “Neko” Park. I actually got a chance to do a quick interview with GM Jaesun “Jae” Won and Head coach Beom-Joon “Bishop” Lee after the announcements. 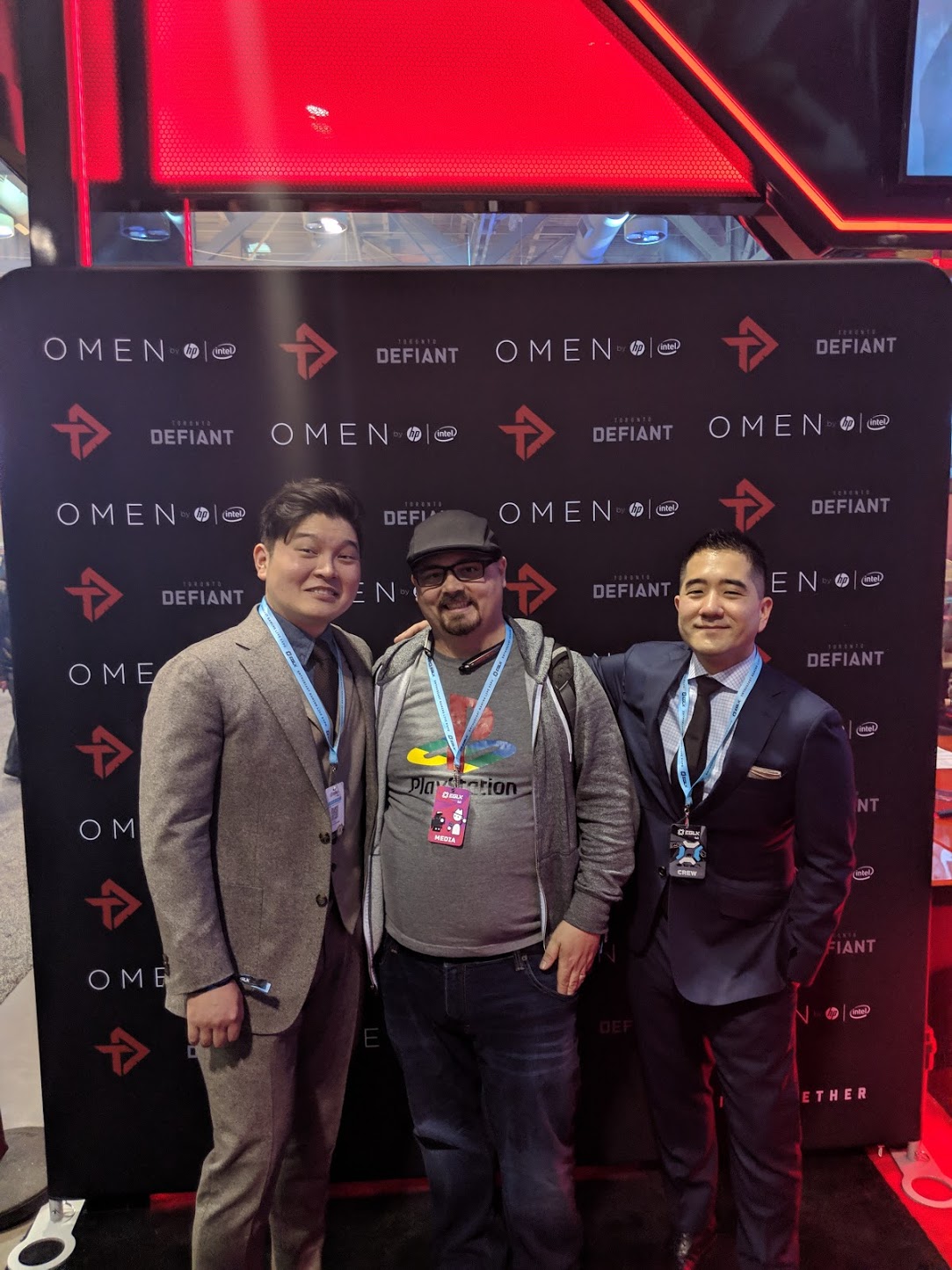 The team has now been put together and is currently in South Korea training to get ready for the next season. The reception of Toronto getting a team has been fantastic for them. They will be playing in LA this year like all the teams, but the 2020 season will feature local venues for their matches. My biggest disappointment in the event was that team merch wasn’t available just yet. Jae did say it would be finished soon, so expect a ton of social media blasts when it’s ready for you.

I had some hands-on time with a very early game called Day-O Mateo. In it, you are an older gentleman who has retired from the Piñata Circuit but wants back in. From talking with Scott, who’s working on the game’s development, they are still ironing things out for the overall story. What it essentially boils down to is that you’re defending your city from the Piñatas that are attacking it. 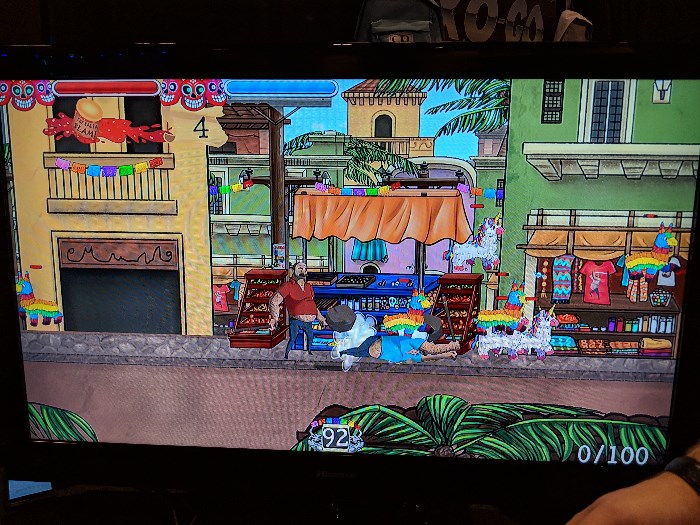 It had a good combo system, and while the team is hard at work on the combat to nail it down, right now you can have up to four players on the screen at once. The build I got to play has only been in development for six months, but so far it’s a very fun idea that was enjoyable. Down the line, Scott is looking to develop the levels into more of a Double Dragon beat ’em up style, with additional characters to select and more depth to the game. It’s still very early in the development of this game, but it felt really great, so I look forward to following up on the game up to its release.


Next up on the main stage was Kinda Funny plays Fortnite… except it ended up being Kinda Funny plays Mario Party. They made the decision months ago to play Fortnite at the event when they were still playing, but as time went on it turned out they had not played the game in a while, so they switched it to Super Mario Party. 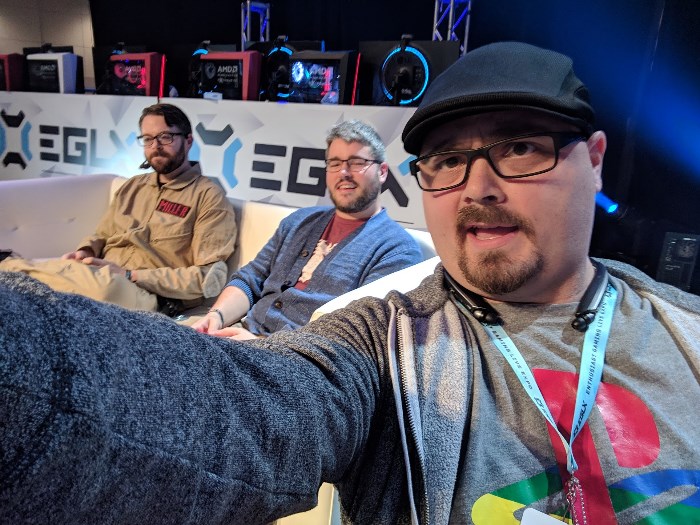 I am a big Kinda Funny fan and have been following Greg since his Beyond days. In fact, he was my inspiration in the first place to grab a pen and write about games. The switch to Super Mario Party was a great idea as it allowed audience members to get on stage with them and play in two-turn intervals. It was a fun let’s play with the humor that the guys are known for showing through – I may or may not have been one of the people selected to come on stage to play as well. 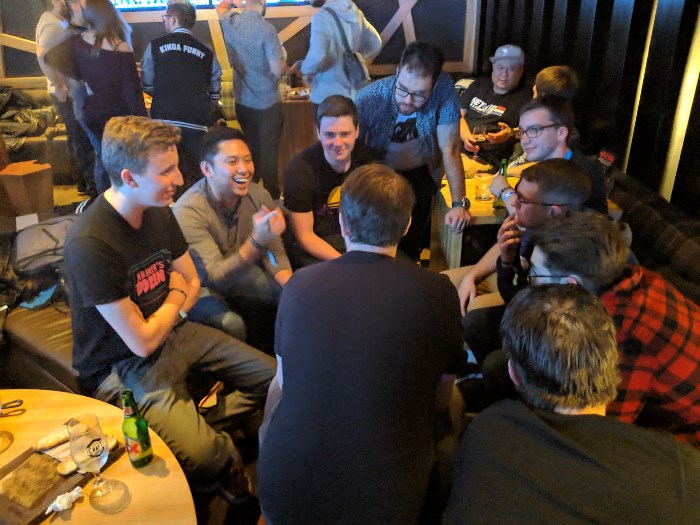 It went on for about an hour with Greg losing, but more importantly for him, Nick Scarpino not winning, as he came in second. It was a really fun time, and you can see why they have a relationship with the fans as tight as the one they have. There was a Kinda Funny meet and greet that night in Toronto which I did attend, and everyone there, myself included, had a blast. Greg and Nick were both class acts, making sure they got to talk with as many people as possible, sharing stories and listening to everyone – it was a great night. 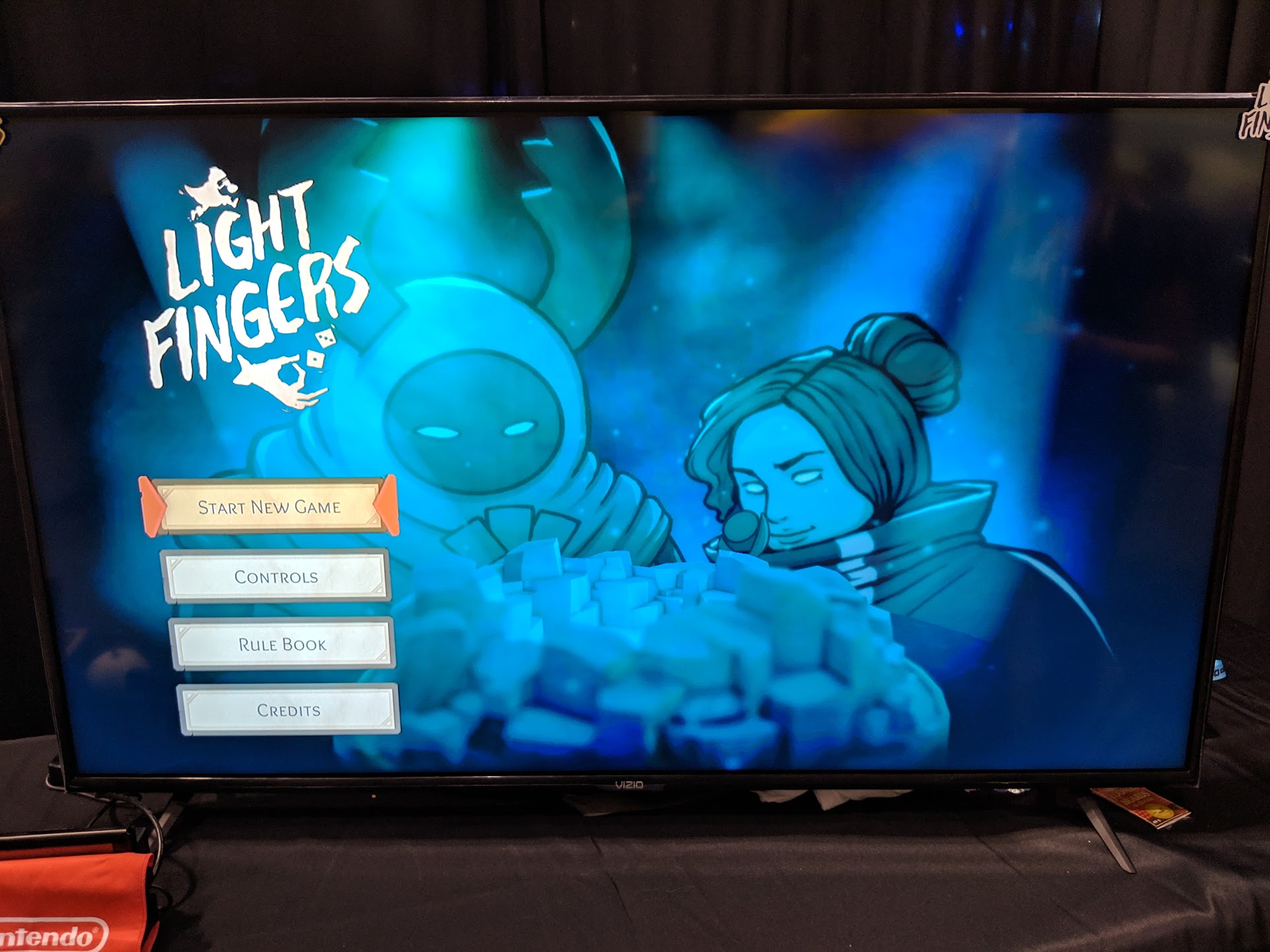 The final game I got a chance to play was Light Fingers, which is already available on the Nintendo Switch. It is a board game set in a fantasy realm. I jumped-in mid-demo, and what you do is roll the dice to decide the order you go in, and then once things are set in motion, it all feels as if it was a world that is always sliding and flipping around, with set pieces that come to life. The goal is to obtain as much loot as possible in the game and beat your opponents. If I had to compare it to another game, it would be to Super Mario Party, but aimed at adults and with less overall mini-games. It’s something I wouldn’t mind spending more time with especially as my switch has become my co-op game machine. Tracey’s review for Light Fingers goes live in a few days, so be sure to check that out!

That was it for Day 2 of EGLX 2018. For the final day, I’m going to take the time to get some more hands-on with some of the games I didn’t get a chance to play on Saturday. The whole expo has been a blast so far!