We’re currently working on a review for 7 Billion Humans, so I got in touch with Tomorrow Corporation to talk about the game’s development for its Nintendo Switch release. 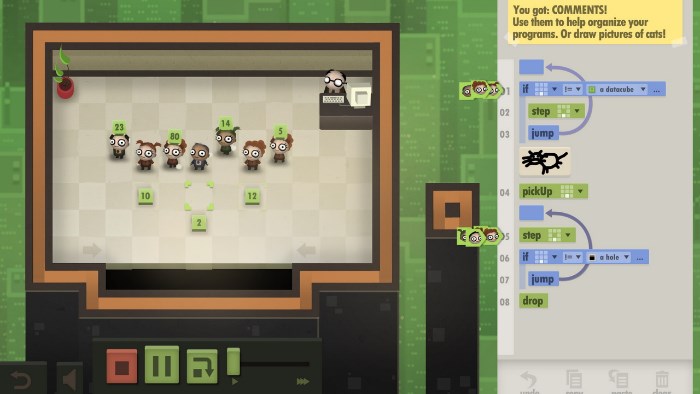 PS4Blog: Good morning! Thank you for joining us today. Would you mind getting us started by telling our readers a bit about yourself and your work?

We’re a team of three people (plus one more for 7 Billion Humans!), with a little indie studio called Tomorrow Corporation. You might remember us from the three other games we brought to Nintendo Switch: Little Inferno, Human Resource Machine, and World of Goo. Our next title, 7 Billion Humans releases this Thursday, Oct 25! 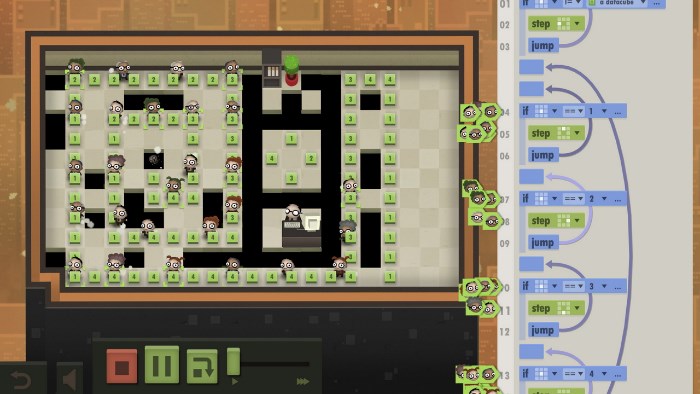 PS4B: You’ve been busy for a while now getting 7 Billion Humans ready for its Nintendo Switch release. How would you describe the game to someone who’s never heard about it?

7 Billion Humans is a puzzle game where you automate swarms of office workers to solve puzzles inside your very own parallel computer made of people. You get to enjoy exploding shredders, fitness robots, and quiet nights with a faint smell of coffee.

This gameplay trailer explains the game better than we can with words!

PS4B: Tomorrow Corporation has previously released other games for Nintendo’s hybrid console, so I’m going to guess that the porting process for 7 Billion Humans was nothing but smooth sailing, right? Or where there any particular challenges or hurdles you had to overcome?

Bringing games to consoles is always a challenge, even after already releasing 3 other games on Switch. We’re perfectionists over here, so we fret over everything, especially the small stuff – the size of UI elements, the size of text, the “feel” of things moving around – until the game runs smooth like butter. But I think we got it – and we’re always excited to hear feedback from players, so let us know! 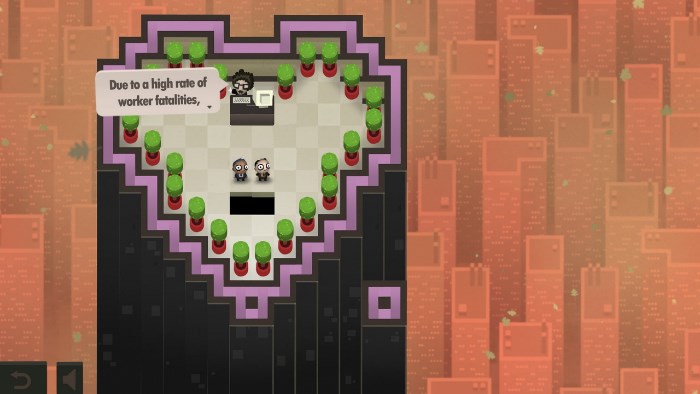 PS4B: Any chance we’ll get a physical release for your games on the Nintendo Switch? Having those wacky stories on a cartridge, in a box with a cover and everything, would certainly be ideal.

We’ve been living in the Information Superhighway for so long, we almost forgot there was a real world out there somewhere. Players and publishers keep asking us about physical boxed versions with posters and stickers and other physical stuff, but we don’t have anything new to report just yet. 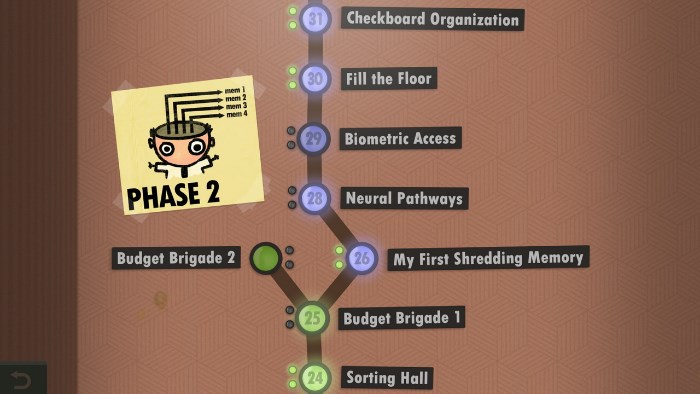 PS4B: Now that 7 Billion Humans is ready to go on console, how goes work on Welcome to the Information Superhighway? Anything new you can tell us about the game with the cool posters?

Welcome to the Information Superhighway is shaping up to be our most traditional game to date. We might even support traditional controllers, which would be a Tomorrow Corporation first, since all our previous games have required a pointer control. Big, and colorful, and dangerous, and fabulous, we’re excited to talk more about this one soon! 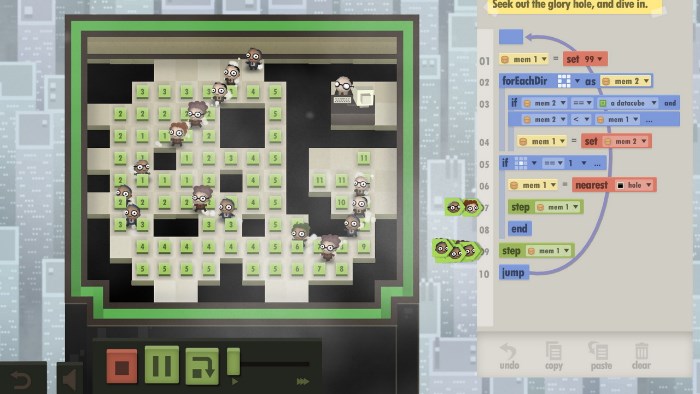 Thanks for chatting, and we hope you love 7 Billion Humans as much as we do! For those of you with excellent musical taste, we’ve made the soundtrack available for free download here: https://tomorrowcorporation.com/7-billion-humans-soundtrack