We’re currently working on a review for Eternum Ex, so I got in touch with Radin Games to talk about its development for Nintendo Switch. Come check it out!

PS4Blog: Hi! Welcome to PS4Blog.net. Could you help us get started by telling our readers a bit about yourself and your wokr?

I am one of those crazy people who try to make video games in an artisan way and without following fashions or trends.

I grew up playing arcade cabinets and 8-bit computers, and ever since I can remember … I have been making video games.

I started on a ZX Spectrum with rubber keys, followed by a Commodore Amiga. I wrote interactive fiction works, and at a time when I did not enjoy any of the games I saw, I made a mashup of my favorite arcade cabinet games. The result from this was the first version of Eternum.

In conjunction with Flynn’s Arcade, I developed Eternum Ex, an extended and revamped version of the game of which we are enormously proud.

Right now my goal is to make new “classic-like” arcade games, worked over a slow flame, with the real feeling of the 1980s and 1990s arcade cabinets of the era: direct, frenetic and addictive


PS4B: On that note, Eternum Ex is releasing on the Nintendo Switch. How would you describe the game to someone who’s never heard about it?

Eternum Ex is a platform retro video game with the look and feel of the 1980s arcade cabinet games. Titles that have inspired and most influenced its creation are Bomb Jack (Tehkan, 1984), Ghosts’ n Goblins (Capcom, 1985), Baluba-louk no Densetsu (Able, 1986) and Psychic 5 (Jaleco, 1987).

With very simple core gameplay mechanics, an increasing difficulty, exciting and addictive gameplay with very precise controls, Eternum Ex is perfect for retro hardcore gamers but also for those who want to start to get into retro games. It’s even great for those who wish to show children how games were back when video games industry was taking its first steps forward, and gameplay was the most important factor in a video game.

Thanks to its progressive learning curve, and with a path divided into worlds of five levels each, Eternum Ex is a challenging and addictive ode to the nostalgia of the golden age of arcade games. 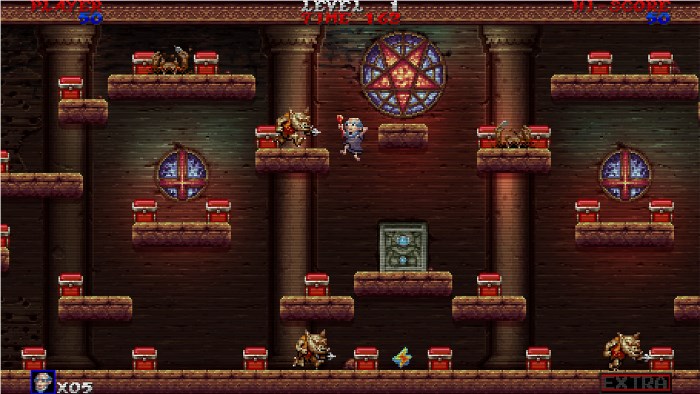 PS4B: How long did it take to develop the game? Where there any challenges or hurdles you had to overcome?

The first version of Eternum was developed between 2013 and 2015, and the game was published as “freeware” (only for Windows) on April 23, 2015. I used an old tool called “Arcade Game Studio” that had a lot of problems and limitations. Because of those, and while trying to overcome the limitations of the program, it took me two years to finish the first version of Eternum, dedicating many, many hours of work.

The truth is that Eternum had a very good reception, and it appeared in many of the national media in Spain that reviewed indie games, being covered by the international media as well. In fact, the first version of Eternum (even with its limitations) was a “Featured Game” on the Gamejolt website and also appeared in the PC Gamer magazine website as part of the “Free game of the week” feature, which made it possible for thousands of people to find and download the game. 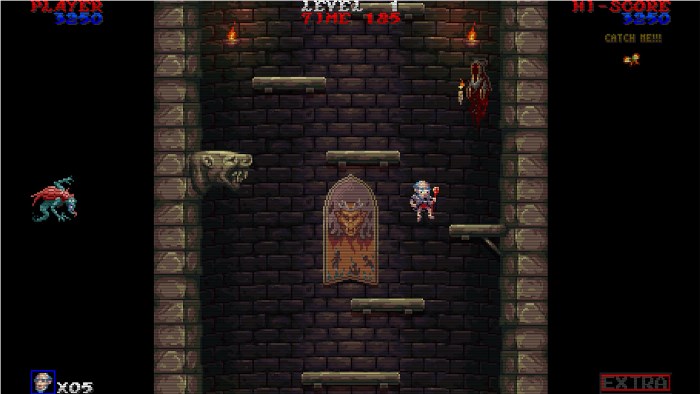 In June 2016 I met Juan of Flynn’s Arcade, another small Spanish indie studio), and we began to work on a new version of Eternum made in Unity… and starting from scratch. This new version, which in the end would be called Eternum Ex, improves on the graphics of the previous version by 2000%. The new version has much more dept, it has different final bosses (something that the first version did not have), more details, more gameplay mechanics, more music, more game options, and even improves on the main draw of the first version: the gameplay.

So, the development time of Eternum Ex has been almost two years since we started. Oh, and we both became parents in this period of time, which certainly did not make the process easy!

From the beginning of developing the first version of Eternum until today, it’s been five years! 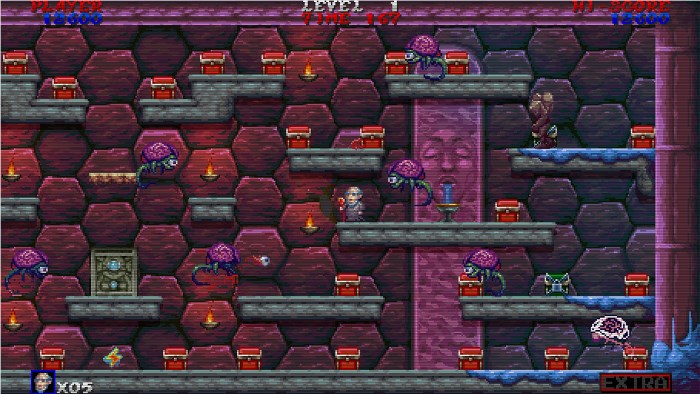 PS4B: With the game now ready to go on Nintendo’s console, are you currently working on a new game?

Nooooo! I need to rest for at least a couple of more months to recover my mental health!

After that… perhaps we will begin working on the second part of Eternum, which will also be a retro platformer, but which will offer a different set of gameplay mechanics and a different gameplay. 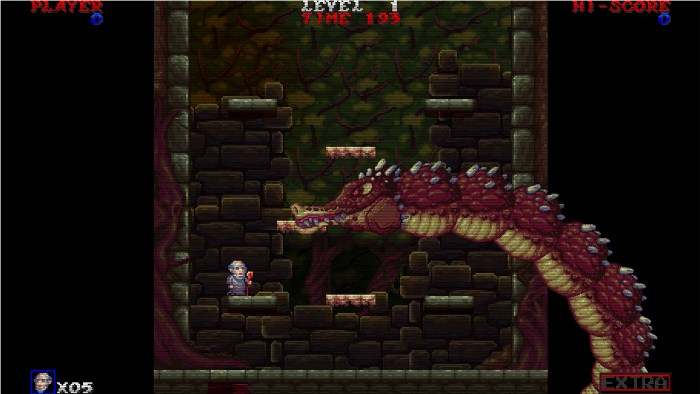 If you like classic arcade games, then you have to play Eternum Ex! This game is full of love for the classics and will not leave anyone feeling indifferent about it. It’s hard… veeeery very hard. It’s also fast-paced, direct and addictive. In all, it’s an ode to the nostalgia of the golden age of arcade cabinet games.

Eternum Ex will release on October 25th on Nintendo Switch and Steam (Windows, Mac, and Linux), and it will very soon arrive on PS4 and Xbox One as well.

Thanks for this interview! 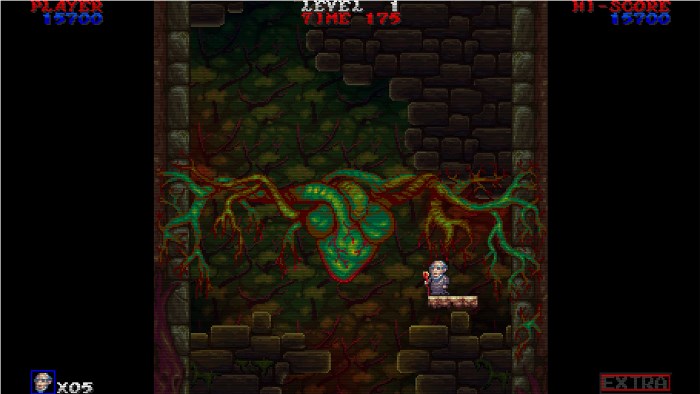 [Beyond PlayStation] The Midnight Sanctuary Review