We’re working on a review for Tied Together on the Nintendo Switch, so I got in touch with Headup Games to talk about this release. Come check it out!

PS4Blog: Good afternoon! Thank you for joining us today. Could you please help us get started by telling our readers a bit about yourself and your work?

Gregor Ebert: Hi there, I’m Gregor Ebert, and I’m the PR Manager of Headup, we are a German games publisher. I’m in charge of the PR work over here, so talking to the press and influencers by mail, phone and at expos, developing PR strategies and managing press releases and mass distribution of review keys. Stuff like that.


PS4B: Tied Together is making its way to the Nintendo Switch. How would you describe the game to someone who’s never heard about it?

GE: Tied Together is a hilarious couch co-op puzzle platformer for 2-4 players. You “just” have to go from start to finish, but as all players are “Tied Together,” this turns out to be much harder than it sounds. But being tied together can also be helpful to overcome deadly obstacles or to gain access to buttons or items like gate keys. There are some neat gameplay mechanics in the game – for example, you’re able to pin yourself into the ground, effectively becoming an anchor for the other guys. However, you can’t hold this forever – so if you crash down alltogether, laughing and yelling is guaranteed.

Speaking of laughing and yelling: At times, our Gamescom booth this year was one of the loudest around, every time my guests played Tied Together – I think this says more about it than any features list could. 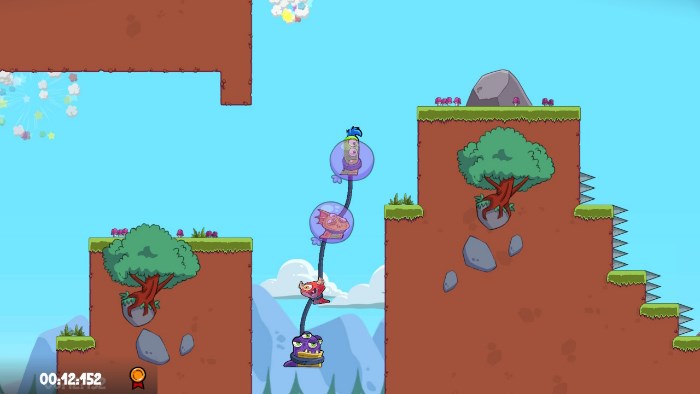 LW: The very first version of Tied Together was made during the Global Game Jam 2015 themed “What do we do now? You wake up Tied Together to your friends and what do you do?” Back then, the team worked full-time jobs, and we worked on the game in the evening hours. So overall, we have been busy with it for close to four years. Nintendo got interested in February 2016 and offered us to release it on the Wii U. We accepted and worked for some months on a Wii U version.

Then the Switch was announced, and we started development for this console instead. Porting it to Switch was relatively easy, we are using Unity, and it comes with a nice export function. We had one very big issue with our level loading times taking several minutes on the Nintendo Switch. We are using text files that store our level data and spawning all the tiles from that data file took way too long. Of course, going through certification always has its issues and takes some time but looking back, it went pretty smoothly. 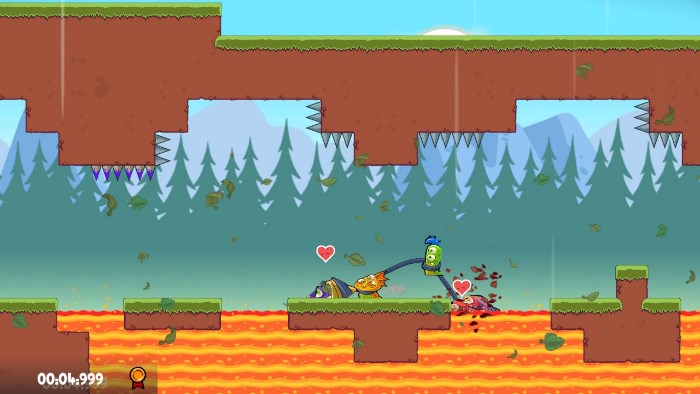 PS4B: Due to the game’s nature, are you considering developing some extra levels to be made available either as free or paid DLC?

GE: No, DLCs are not planned. But we’re still thinking of making a demo for the eShop, as this might convince more users of the fun this little game has to offer. 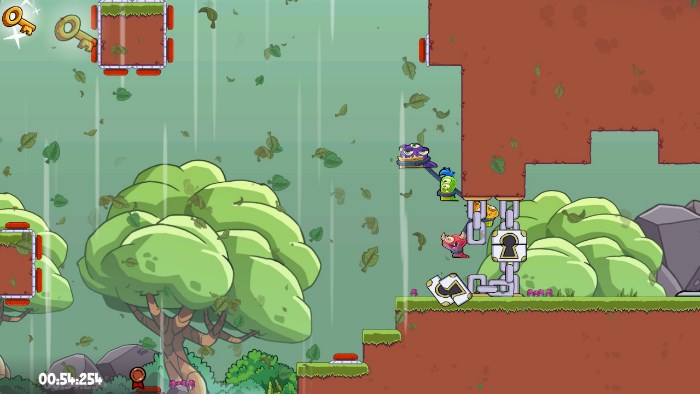 GE: Yes! If you like to play games on the sofa with your friends or if you have kids who like to play with you, Tied Together is a perfect choice – because of its high fun factor, and you will learn to work (tied) together as a team!

Best regards to all your readers!

LW: Thank you for having us! 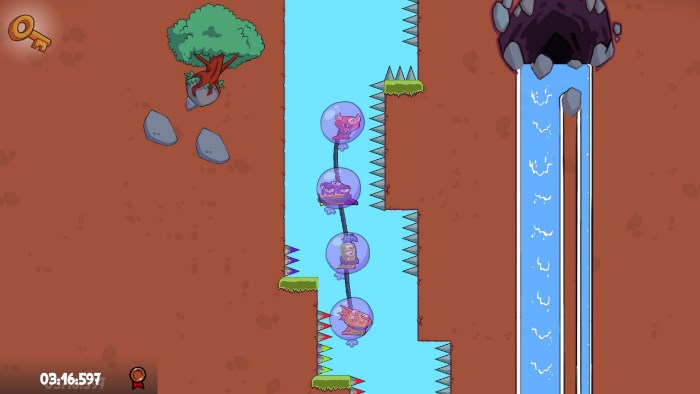 [Beyond PlayStation] Sigi – A Fart for Melusina Review

Crayola Scoot Out Now On PS4