We’re currently working on a review for The Shapeshifting Detective, so I got in touch with Aislinn De’Ath to talk a bit about her work on the game, as well as on her other projects. Come check it out!

PS4Blog: Welcome to PS4Blog.net! Thank you for taking the time to do this interview. Could you please get us started by telling our readers a bit about yourself and your work?

It’s a pleasure! I’m Aislinn De’Ath, based in London, artificially ginger, horror-obsessed, vintage fashion loving bookworm with a hygge addiction. I’m an actor who tends to work in film and tv, but I also do a lot of voice-over (I’m probably best known for playing teen scientist and all-around badass Veronica McShell in the app ‘Zombies! Run!’) and some bits of theatre when I can. I’ve worked on a wide range of projects; from BBC’s Silent Witness to some seriously cheesy Sci-fi films for Sky. I’ve been in more short films than I can count (which I love, it’s fantastic to be able to tell a story in such a concise medium, and they often offer the most interesting characters).

In the next year I’ve got some fabulous stuff coming out-a Poison Ivy fan film with Triskelle Pictures that I’m exceptionally proud of, a film based on a short story by Matt Carrell called ‘Friend In Need’ and of course, very soon ‘The Shapeshifting Detective’, the second FMV I’ve featured in by the incredible folk at D’Avekki Studios after our World Record Breaker TIMODD. I take a lot of joy from challenging role-playing complex characters and on diverse stories-I think I’m incredibly lucky to get to do a job I have so much passion for so regularly, and honestly, I hope it never stops. 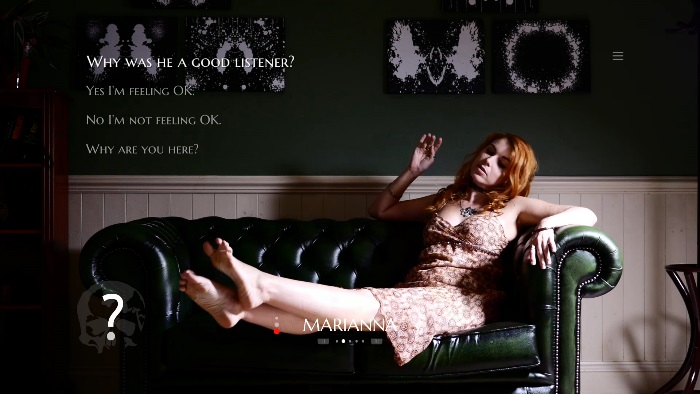 PS4B: On that note, let’s start by talking about The Infectious Madness of Doctor Dekker. How did you land this role?

Doctor Dekker (as with many of my favorite projects) was a combination of incredible luck and timing. I was on my way out to an acting job one day when a self-tape request came in from a casting site-I was in a ridiculous rush but knew it would be the only chance I’d have to record a self-tape in the next few days so (much to my chagrin) trotted out honestly something a bit sub par-I was auditioning for the part of Jaya, but I knew I’d done a pretty trashy job of it, so wasn’t really expecting a response. Thankfully Tim and Lynda Cowles must have seen more to my work and got in touch asking if I’d audition for Marianna instead-which I did, this time taking more time and care. I was almost immediately offered the role and thank goodness because it was a real joy to create. 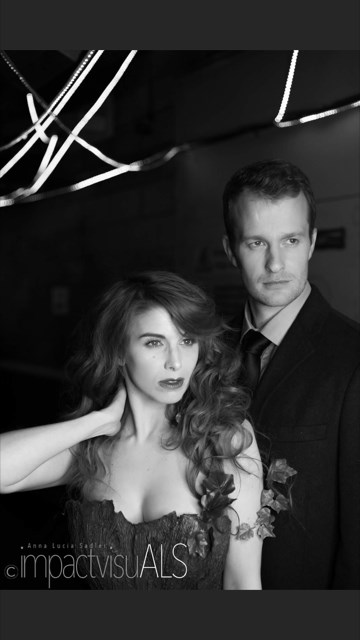 PS4B: How is preparing for a role in a video game, especially a full motion video game like this one, different from your preparation for a TV show or a movie?

With every character I play, I’ll sit down with the script and a mug of tea and work out their backstory; who they love, who they hate, what they eat for breakfast, all the minutia of life. In order to be able to play a character authentically, I think you as the actor have to know as much about them as possible, even if that information is never shared with your audience. This work was particularly useful for TIMODD and TSD because it helped me understand how my characters would feel about each of the many scenarios that are thrown at them. When I’m prepping for a more linear narrative, I’ll also work out why they get to where they’re going and play with the reasons they do what they do – there’s something quite wonderful about knowing the ending as an actor but having to forget it as the character (unless, of course, your character can see into their own future!).

With a split ending project like in FMV, you have to know that the way you’re performing a scene won’t undermine any one of your future ending possibilities. And if it seems contradictory to a pathway, you need to find a reason as the character. You also have to be far more flexible-taking direction quickly is essential because you won’t always have the entire script so you may not know that (for example) you’re childhood friends with a character you mention in a scene until the director tells you on the day. The ability to think on your feet and be reactive instead of rigid is so important as an actor, but in FMV it makes the biggest difference to a performance. 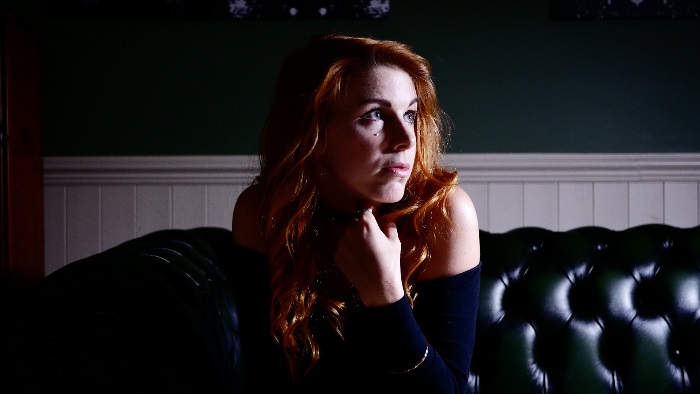 Working on Marianna was like working on a difficult but particularly enjoyable crossword where the rules keep changing, and half the answers are in French. She was so complicated, I spent hours working out her backstory and why she behaves the way she does. By the time we came to film I was a Marianna expert (and was still finding out things from Tim and Lynda that I hadn’t realized as we set up!). 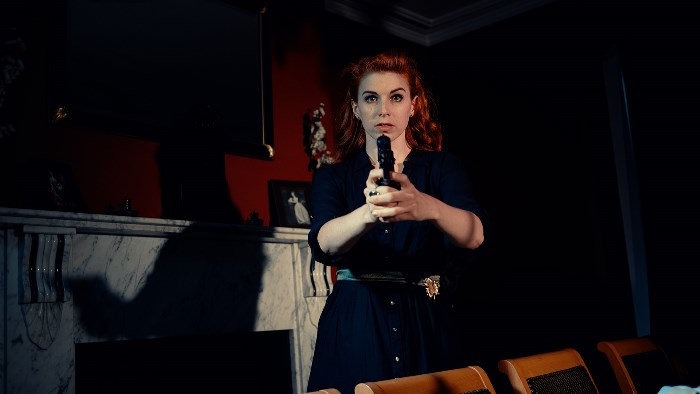 Violet is almost more of an enigma. We learn more about her past, but she’s less emotionally open than Marianna, a much tougher nut to crack. I wear my heart on my sleeve generally, so I had to really knuckle down and work out why Violet is the way she is-I searched to find symmetry in our lives and worked from the inside out. I got a lot of inspiration watching characters that have built high walls around themselves, looking at real-life studies of people with similar backstories (which is about all I can say without spoilers!) The other big change, of course, was that I got to leave the couch once or twice and actually share a scene with another character! Shooting on location was a joy, and honestly, I can’t wait to see what D’Avekki come up with next. 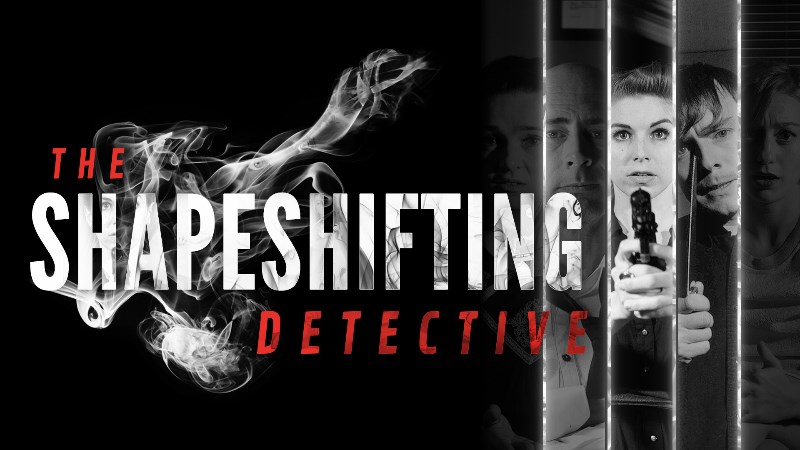 PS4B: With your role on The Shapeshifting Detective now completed, what other projects are you currently working on?

I’ve just wrapped on ADR for Friend In Need and Poison Ivy is in the process of being graded, so I’m in the exciting period of waiting to see a lot of completed work. My next project is currently a writing one-I’m still very much a beginner scriptwriter in a lot of ways, but I’ve been lucky enough to have a few films made, and that will be my focus while I look for my next acting project. The older I get, the more selective I get with my acting work-I’ve ended up turning down my fair share of jobs this year. I’d love to do more TV, and my next goal is to work on a juicy feature-but as with every job, it has to be the right script and the right role. It’s a real luxury to be at a stage where I don’t feel like I have to work on projects I don’t believe in, and I’m lucky that my agent is very supportive of the work I’ve chosen to spend my time on. 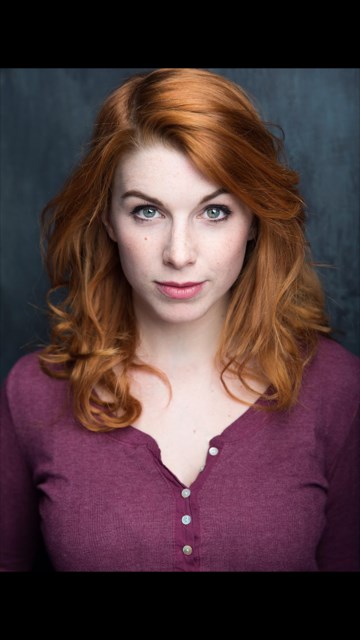 PS4B: And that’s all the time we have for today. Once again, thank you for doing this interview. Is there something else you’d like to add before we go?

Just a huge thank you to everyone who gets in touch really. I’ve had so many beautiful bits of fan art and even fans campaigning to get me cast in other projects! I love hearing what you all think about the game and the characters, every time I get a message from someone who’s enjoyed my work it honestly makes me smile a bunch, and I ‘m so grateful that we’ve had such success. Please do keep playing and watching-keep an eye out for Shapeshift, and Poison Ivy which will be released early next year (I’ll be releasing more details on Twitter and Instagram closer to the time!).