Jack N’ Jill DX is a side-scrolling platformer originally developed by Rohan Narang. It’s now out on PS4 and Vita, featuring an art-style reminiscent of games from the Game Boy era. If you’d like to get two very quick Platinum trophies with your purchase, then check our Jack N’ Jill DX review!


In Jack N’ Jill DX, players must assume the role of Jack, overcoming many hazards, in a bid to reach Jill, who awaits him at the end of 140 levels, in typical old-school one-button platformer fashion! But, for the players who feel the guy should be the one who needs saving, we absolutely agree, and that’s why Jill is available as a playable character as well!

This is a double review for Jack N’ Jill DX. The game was played by Ceidz and EdEN, and this review presents what they both had to say.

As you can see from the trailer above, Jack N’ Jill DX is a side-scrolling platformer reminiscent of an original GameBoy release.

As for the gameplay, it’s one of the most simplistic games I’ve played in a long time. In each level, Jack must reach Jill, who is standing at the end, kind of like how Mario needs to reach the jump pole in some of its main entry games. However, as soon as the level starts, Jack will automatically move to the left or right (depending on the level). You can jump over obstacles or pitfalls using the X button, and that’s about it – one button controls the whole game. One thing I liked is that most levels aren’t linear and you can choose the path you prefer to clear them. I mention “the preferred path” but, in reality, you never know what hazards await you in either of the paths you choose! 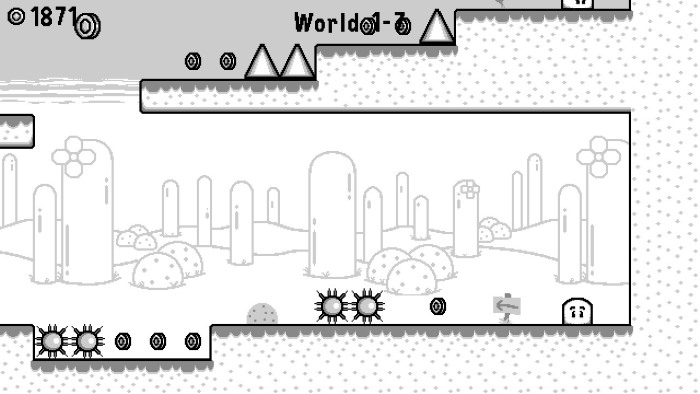 As many of you guys are probably here for the trophies, this game won’t go hard on you. The very first level – which takes a few seconds to play – awards you with three GOLD trophies, and obtaining the other gold trophies in your way to unlock the Platinum trophy will take around 20 minutes. I cleared the first world and played a little of the second one before I got my Platinum trophy. It’s a little sad in effect because unlocking the platinum trophy requires seeing only a fifth of what the game has to offer, but that’s going to please trophy hunters, right? 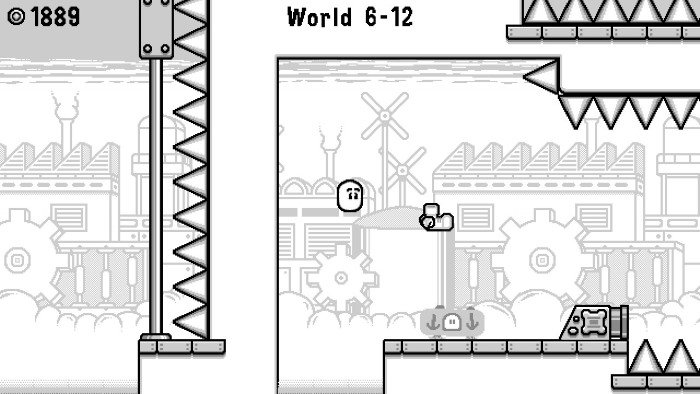 On the PlayStation Vita, and while this isn’t a hard platformer experience, I need to mention that the controls are crisp and react perfectly well. However, when the screen scrolls the edges becomes blurry, but it isn’t a deal-breaker. This is a great game for a quick Platinum trophy, and if you have an extra $5 to spare on a game, I’d recommend playing Full Blast as well – also from Ratalaika.

Jack N’ Jill DX is a fun monochromatic 2D auto-run platformer you can play at home or on the go thanks to it being cross-buy. As Ceidz mentioned, the gameplay is simple and to the point, since you only need to worry about pressing one button to jump since the game auto-runs for you. This is great since it means players of all skill levels will be able to dive into this one, thanks in part to its slow and steady difficulty curve which introduces some new elements as you go without ever overwhelming you.

At first, you’ll only need to worry about jumping on platforms to reach Jill (or Jack, if you change characters and decide to control Jill to reach Jack at the end of a level), but the game will slowly introduce new things to consider. You’ll have to avoid bottomless pits, spikes, enemies, and flying enemies, all while using springs to jump higher, a special item that makes you defeat enemies when you touch them (but that does not make you invincible to hazards), or a boot that makes you quickly dash forward, allowing you to jump over longer distances. 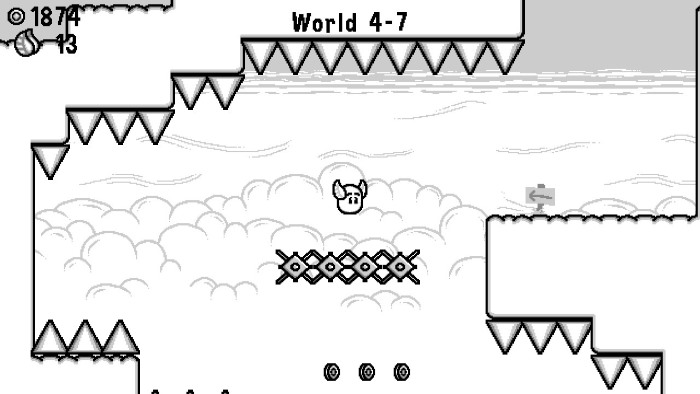 As you progress, you acquire money which is used to unlock mini-games, which are used to earn tickets, which are in turn used to buy stuff from the in-game store. You only need to purchase one item to get the related trophy, so if you play the first mini-game you unlock once or twice, you’ll have enough ticket to purchase a costume for your characters to make that trophy pop, and it might be the last one you need to get your Platinum trophy as well!

There is one mini-game, to unlock with the coins you collect, for each world you complete, so once you have completed all seven worlds, you’ll have seven mini-games in total to try out. There are several things to purchase at the in-game store, so if you want to 100% the game you’re going to need to complete the included 140 levels and play all mini-games to get enough tickets to purchase everything. 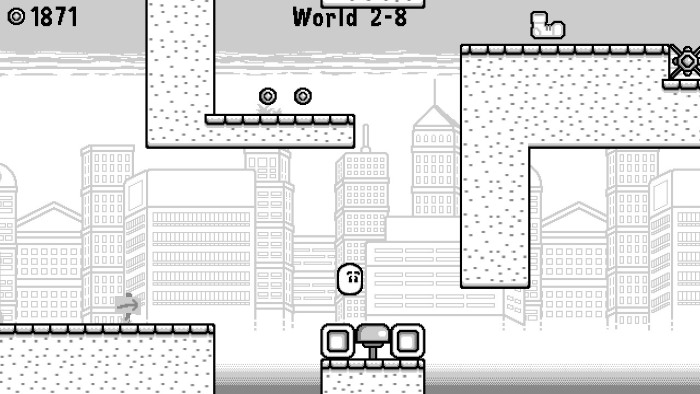 Jack N’ Jill DX is a fun minimalist auto-run platformer on PlayStation 4 and PlayStation Vita that is entertaining. Trophy hunters are going to love the fact that this cross-buy game offers two separate trophy lists so that you could earn two Platinum trophies in 40-50 minutes or so. And you can tell you’re having fun playing a game when you unlock the Platinum trophy and continue to play and finish another two or three worlds before you know it!

Pro-Tip: As you start the game, play up to the end of the first world, which should take you at most 20 minutes. After this, you can already check your trophy list to determine which trophy (or trophies) you’re missing for the Platinum Trophy.

Disclaimer
This Jack N’ Jill Review is based on PlayStation 4 and Vita copies provided by Ratalaika Games.