Tour a forbidden labyrinth underneath a city and find treasure and bring it back to your mistress. Did we mention you’re a living book? Learn more about this one in our Labyrinth of Refrain: Coven of Dusk review!


From Nippon Ichi Software, creators of the Disgaea™ series, comes Labyrinth of Refrain: Coven of Dusk.

In this dungeon RPG, you play as the Tractatus de Monstrum, a living book owned by the conniving Dusk Witch Dronya, and confront the dangers lurking beneath the quiet town of Refrain. Assemble an army of up to 40 fully customizable puppet soldiers and wield unique skills, deadly magic, combination attacks, and powerful weapons to annihilate terrifying monsters and conquer the labyrinth of Refrain!


This is a double review for the PS4 versions of Labyrinth of Refrain: Coven of Dusk. The game was played on PS4 by the_nmac and Tracey. This review presents what they both had to say.

Labyrinth of Refrain: Coven of Dusk is a first-person dungeon crawler. You play as Tractatus de Monstrum, Tractie for short, a mysterious book with a soul trapped inside it. The book is able to communicate by filling its pages and Tractie is being controlled by a witch known as Dronya. Dronya orders Tractie to explore the Dungeons of Refrain on her behalf. The caravan is your base of operations, the base will expand as you progress through the story. Once you begin the game only the Witch’s report will be available at the start. Viewing Witch’s reports often advance the story. In order to advance the story, you need to fill conditions Dronya asks of you. 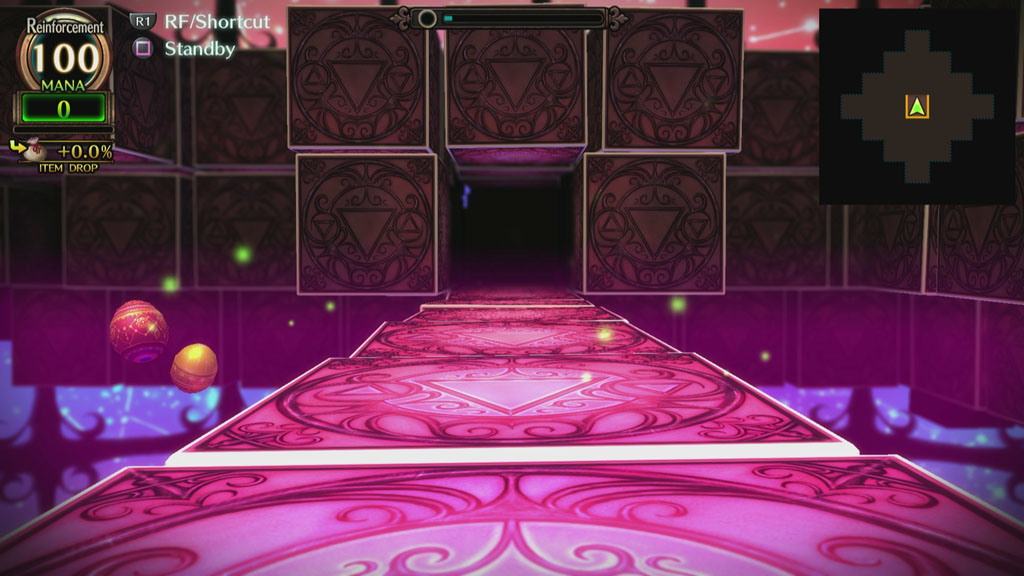 Gameplay is pretty typical of a dungeon crawler, and you can move up, down and sideways in a first-person view by using the DualShock 4 D-Pad. While exploring the Labyrinth you will come across many enemies, and combat is turn-based. You don’t have to directly do any combat, so instead your puppet soldiers will fight on your behalf. Your puppets are assigned to units known as Covens. Each command you give is given to a Coven, and each Coven has a max of three puppets, and you have five Covens which are known as a Brigade – think of an Army Regiment. Each Division within an Army is called a Company, and a group within a Company is known as a Platoon. The setup works in a similar fashion, so once you have issued your choices you can then engage combat and let the puppet soldiers do the work while you sit back and watch! You can fortify your Covens by reducing the damage they receive, and if things get rough you have the option of escaping.

While exploring dungeons, when you see a red exclamation point this will a mark for a story event. You will experience many of these story events as they help progress the story a little bit, and sometimes they give you a little bit of info on what you do next. Also while exploring dungeons there are many treasures for you to find, and if you see any green markings on the map they are for mana, so do collect it all! You can choose to destroy common stuff and keep all the good stuff from the settings menu, so make sure you adjust the settings before you play the game. There is also dual audio, so if you prefer Japanese voices you can make the change. 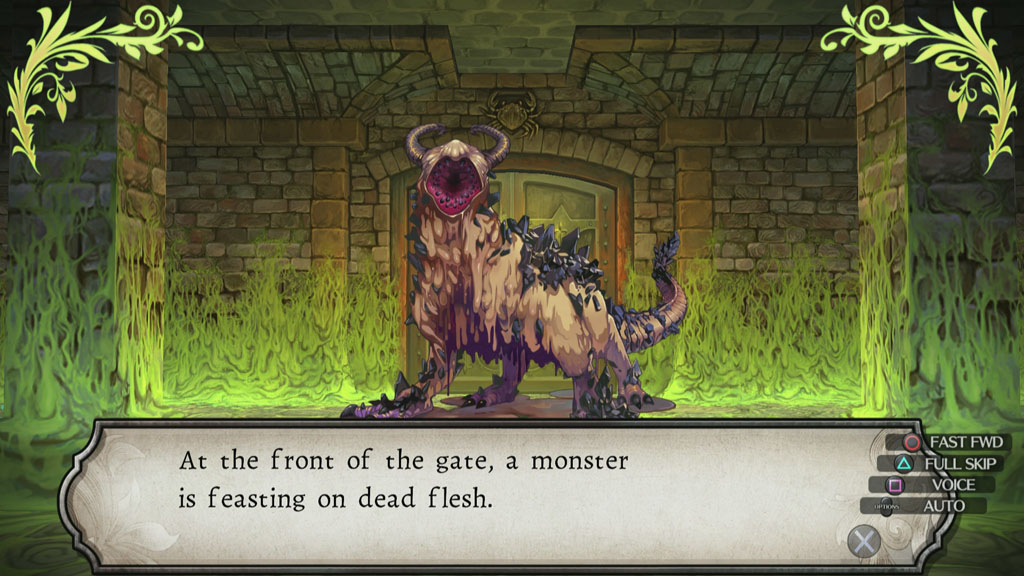 The mana is pretty important since the mana you collect while exploring the dungeons will allow you to buy skills to aid you, which includes a skill called Mud Exit which will prove to be very valuable to have as it creates a portal that will make the game a little easier in the long run. You can also purchase difficulty changes if the game is too easy or too hard for you, so explore every nook and cranny so you can buy up every skill you want.

Skills costs Reinforcement Points to use, and you begin the game with a fixed amount, so you need to be mindful of your Reinforcement Points and use them only when you really need to. You can use the points to break down walls and find hidden secrets, but I would wait until the entire dungeon is fully explored so that you can see how many points you have before doing this kind of activity. Going back to the Caravan will recover your reinforcement points, so do keep that in mind!

You can also craft new puppet soldiers, but in order to do that you need souls and puppet parts, and the level of customization available when creating puppets is very fun, but I will leave that element of surprise for you to find out! There are six classes to choose from for your newly crafted puppet soldiers, so be sure to mix things up so that you can have a balanced party that can deal with anything the game throws at you! 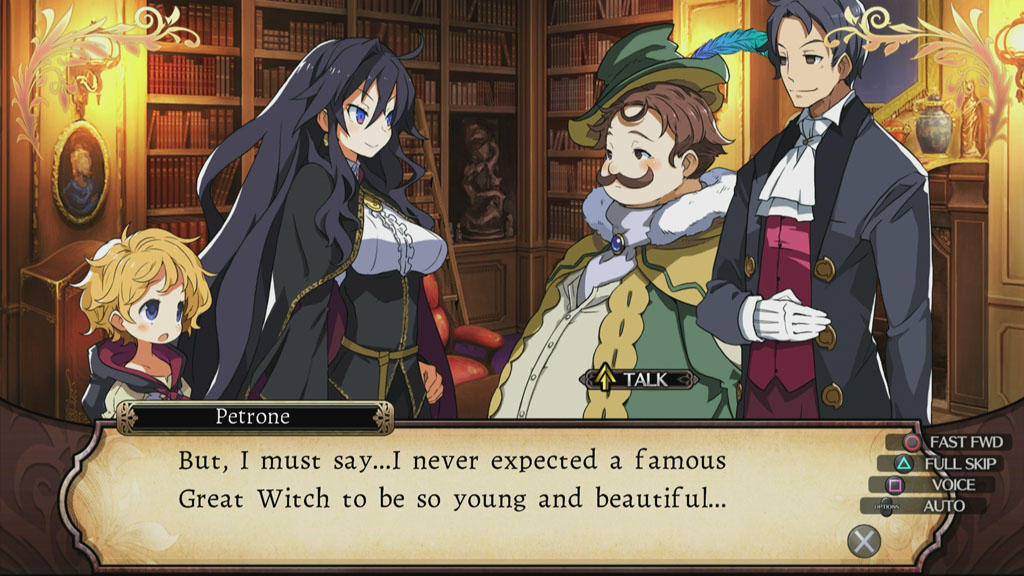 The game is really addictive the map fills out as you explore and that urge to fill out every single square is really strong. There will often be multiple paths you can choose from and you will find yourself wondering which path to take but end up doing both. Walk a little ways one side and then rinse and repeat and hope for a dead end to appear so you can carry on through the other side. The need to completely fill the entire dungeon is very very addictive!

Last but not least, the trophy list is very… cryptic. Most trophies are related to the story and to some surprises here and there. This being a dungeon crawler, the difficulty does ramp up as you progress, and a single run is not going to net you all the trophies in that one go. You’re going to spend dozens of hours in this one, and it’s certainly going to be worth it! 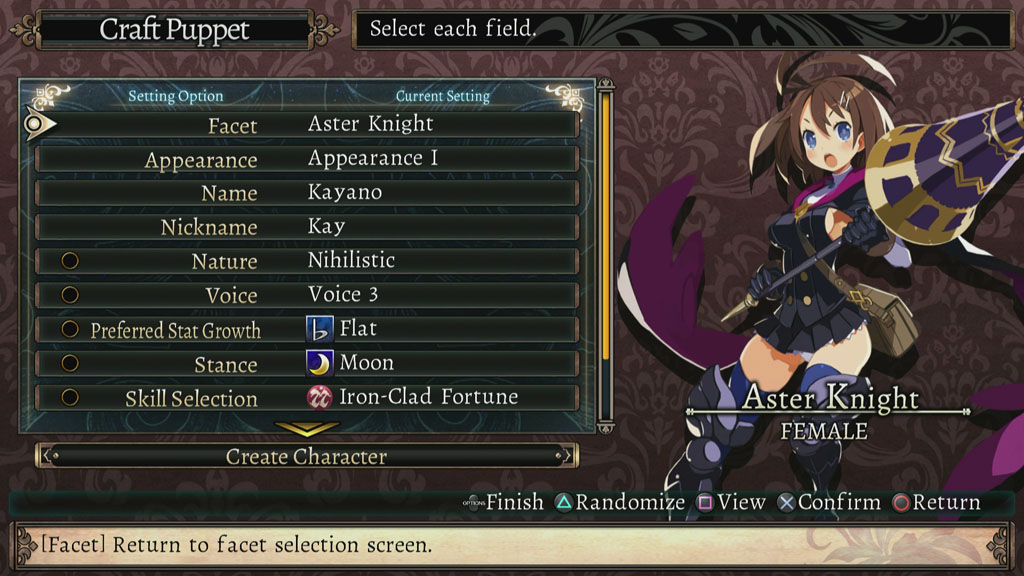 Labyrinth of Refrain: Coven of Dusk is an interesting game which I’m glad I got the opportunity to play. Tracey covered a ton of similar thoughts that I had but I wanted to dive into some things a bit more. I’m a huge fan of old school first-person dungeon crawling, which can also be seen in MeiQ: Labyrinth of Death and a bit in Severed – albeit with some different gameplay mechanics. As someone who is a completionist when playing games, there is a deeply satisfying gameplay loop of exploring the floors, filling in the maps and finding all of the secrets as you descend further into the dungeon. 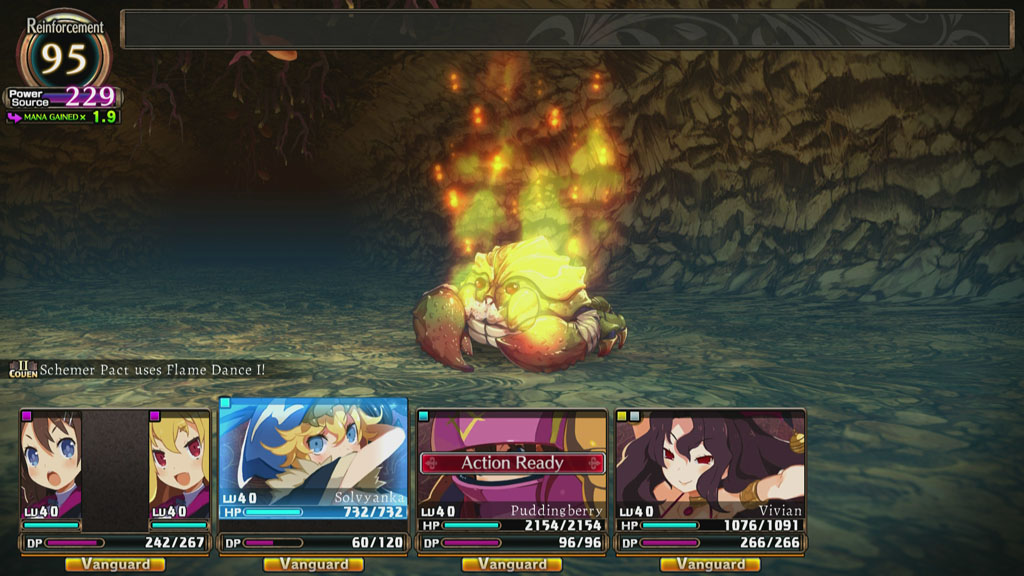 You do have to watch as you are exploring as there are pitfalls that can affect you, including drops to other levels of the dungeons which can cause some damage to your party – even to the point of death! The loop of exploring, finding treasure, going back to the surface to see what you’ve earned, and upgrading your team, is really good and will continue getting better as you play the game.

Having your puppets battle for you is really cool as well. You can continue to create puppets when you find souls and parts and upgrade them to make your group stronger. You find armor and weapons like you would do in other RPG, so you’ll always be customizing your loadout. The flurry once you start filling your Covens with puppets gets interesting as you see damage numbers flying all over the screen. The relationship between the puppets in a Coven is also very interesting since the more they are together the closer they get and the more bonuses you get.

I don’t want to dive deep into the story, as I don’t want to spoil anything, for you, but I do want to mention that it’s really fun. The Mayor of Refrain has brought you here to explore the well underneath the city which humans can’t do. In between spelunking down below you will learn more about the town and it’s dirty secrets. It’s a compelling narrative that manages to pull you in as you continue to go deeper and deeper into the labyrinths. 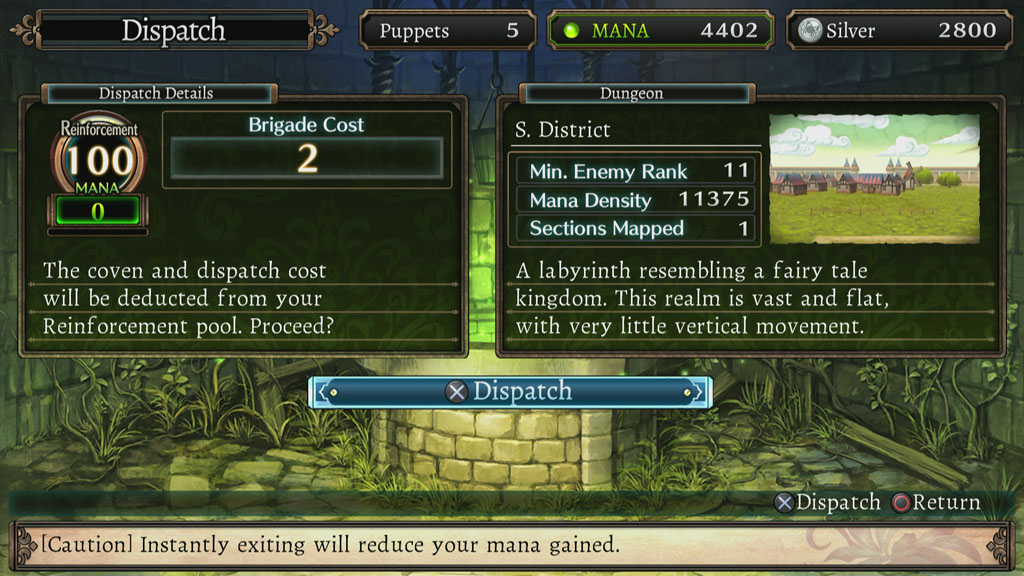 We fell in love with the game as we played it, taking all of what this dungeon crawler has to offer, exploring every nook and cranny. The battle system is different and fun, and we enjoyed the story the game gave us as well. We think this is a title that everyone should be checking out, even more so if you’re a fan of the genre since this is a very polished release.

Disclaimer
This review is based on PS4 digital copies of Labyrinth of Refrain: Coven of Dusk provided by NIS America Inc.