Overcooked! 2 has been out for two months, and its a game I praised in my review. We’re now getting some DLC in the form of a paradisiac island and new chefs in Surf ‘n’ Turf. Find out more about this in our Overcooked! 2 – Surf ‘n’ Turf review!

Get your sunglasses on, gather your chef squad and fire up the barbecue…IT’S TIME TO GO TO THE BEACH!
More recipes, more chefs, more kitchens! You’ll be having a whale of a time as you cook up kebab skewers and smoothies with our new friends the ever so exotic parrot chef and the fiery island chef.

As you probably know by now, I love the Overcooked! franchise. I was surprised by how good the first one was, and the second game built on the strengths of its prequel to bring an even more complete multiplayer experience. Now the first DLC for the sequel has been released and features even more fun gameplay elements to enjoy with your family or friends. 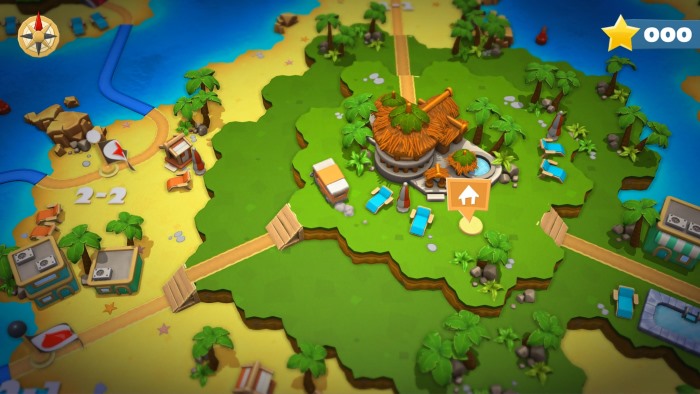 To begin with, I was slightly confused about how to open the DLC. In the first Overcooked!, the DLC was available right away in the game menu. In this case, however, it’s placed in the Main Menu under Extras. The good news is the DLC doesn’t require you to complete the base game for you to be able to play it, which is great news to anybody who still hasn’t manage to complete it. Once we are in the Surf ‘n’ Turf, we are greeted by the opening story segment: the Onion King has been temporary exhiled to a resort because of the Unbread event – this refers to the main story of the base game. So it’s up to us chefs have to prove ourselves to redeem our King.

This new DLC is set in a completely new map with new background music, and as you can see in the trailer above, features new kitchens, and new recipes making good use of the gameplay mechanics from the base game, especially being able to throw ingredients. 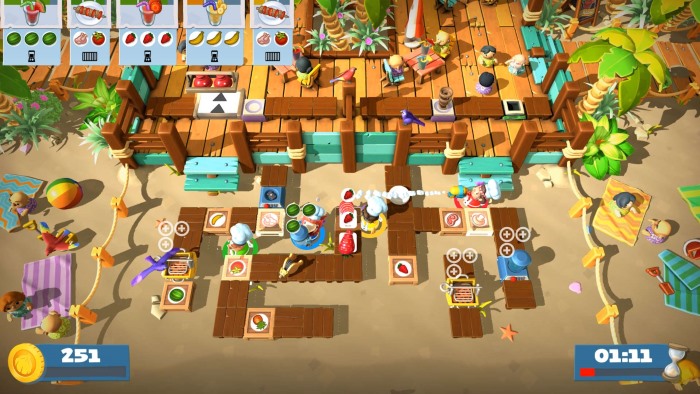 For instance, the first recipe you’ll have to do on the beach is for smoothies, with, of course, a sometimes impassable path between the two kitchens. Of course, throwing food between the two is mandatory, but you’ll have to move to the other part of the kitchen every now and then to clean up the glasses. In another level, the ingredients are on floating devices, and they change from place to place after a moment. You’ll also get to make some kebabs on the barbecue, which was also nice to do!

There’s a new gameplay element I loved which is a Water Gun. It can be used to extinguish fires (as you would expect), but it also has the secondary function of allowing you the clean the dishes from a distance. It reminded me A LOT of my favorite Overcooked! level of all time in the Festive Seasoning DLC in which we had to cook turkeys using a flamethrower from the other kitchen counter. 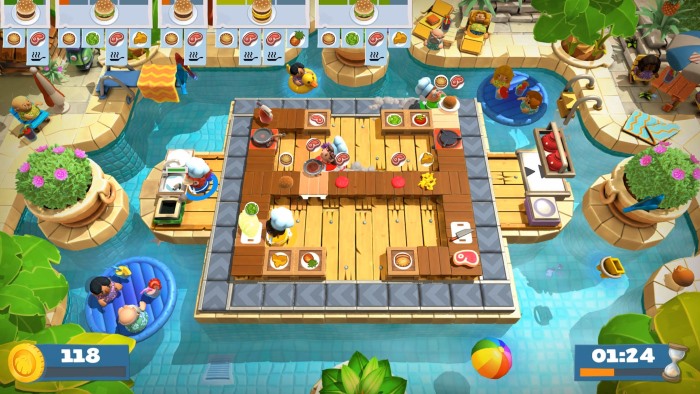 Final Thoughts
Overcooked! 2 is an amazing game, and this expansion builds upon it. I loved the new summer vacation theme and the new recipes and kitchens. I thought this DLC would be harder than the base game (or my partner and I were not in top shape while playing), because we would often get 0 or 1 star after our first run in a kitchen. As for the trophies, this game has five Bronze, one Silver and one Gold, totaling seven new trophies for this DLC release.

Want to read more about Overcooked 2? Then check out the official A-Z on Team17’s site, its a good read!

Disclaimer
This Overcooked! 2 – Surf ‘n’ Turf DLC review is based on a PlayStation 4 code provided by Team17.

PS4 As Christmas Gifts: The Most Popular PS4 Games in the Market Today