Following in the genre of its last game, Layers of Fear, Bloober Team is back with a new psychological horror game, this time set in a cyberpunk theme. Hack into our Observer review to find out if it’s worth playing!


The year is 2084, and a huge plague has killed thousands in Poland, to a point where a big corporation known as Chiron has taken over the country. They’ve set up a police unit that can hack into people’s brain to help with investigations, known as the Observers. Daniel Lazarski, our protagonist through the game, is one of them. One day, Daniel receives a call from his son, whom he hasn’t seen in years, and after their mysterious conversation, Daniel triangulates the call to find his son. Upon arriving at the apartment the call came from, he discovers a dead body, and from there, his quest to find answers, and his son, will begin. 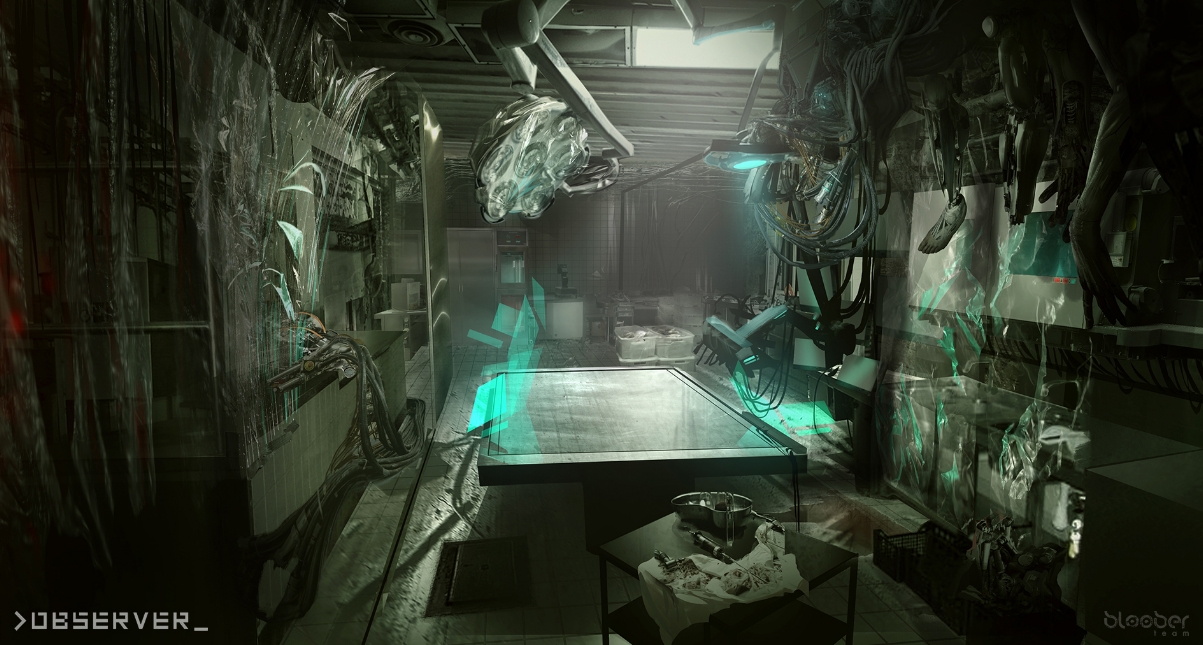 Your adventure will be played in a first-person perspective in what is mostly a walking simulator. Since your job is to investigate, you might as well have some advanced technology to do it! Your implants will allow you to scan locations in two distinct ways. The L1 button will allow you to scan for biological elements, such as blood, while the R1 button will help you scan electromagnetic objects, as is the case of computers. With all the scanning and searching around each spot, including in drawers, refrigerators, and pretty much in anything you can find, you’ll locate valuable information and clues required to solve the “puzzles” in the rooms.

At some point, you’ll also meet with people who you’ll be able to interrogate and hack their minds. While in electromagnetic vision, you’ll be able to see their brain implant and connect to it, which will allow you to relive moments they’ve experienced, only sometimes they’re all scrambled up as if there were some sort of glitch in the playback. Those part really accentuate on the horror aspect of the game, as pretty much anything can happen at any time and a jump scare is never too far. 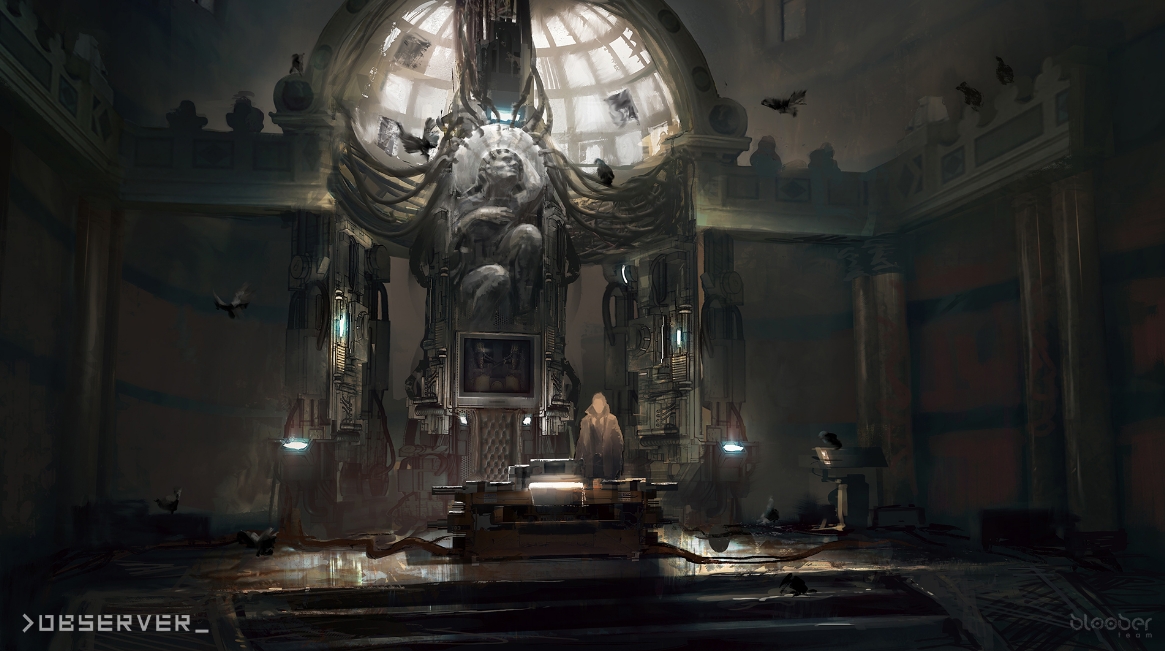 Of all the cyberpunk-themed games I’ve played, this one is probably one of the best in how it presents the world that surrounds you. There are so many computer parts lying everywhere and on everyone, holographic walls, the works – a lot of times it made me remember the kind of atmosphere the Matrix movies had, really selling the cyberpunk theme.


Another thing that really helps put you in the atmosphere is your vision. At one point, your vision becomes messed up, and you start to see some interference as if the image was coming through a slow internet connection. The more you wait before taking your medication, the more scrambled your vision becomes, so at some point the medication becomes necessary in order to continue with your quest.

I’m generally not a fan of walking simulator games, mostly because they’re usually very slow with their pacing. On that note, this game is no different, and it does things that way, as there isn’t really any action per se. There are a few sequences where you have to hide and play a bit more of a stealth game, but other than that the pacing is slow, so if you’re not a fan of the genre then this one probably won’t win you over. 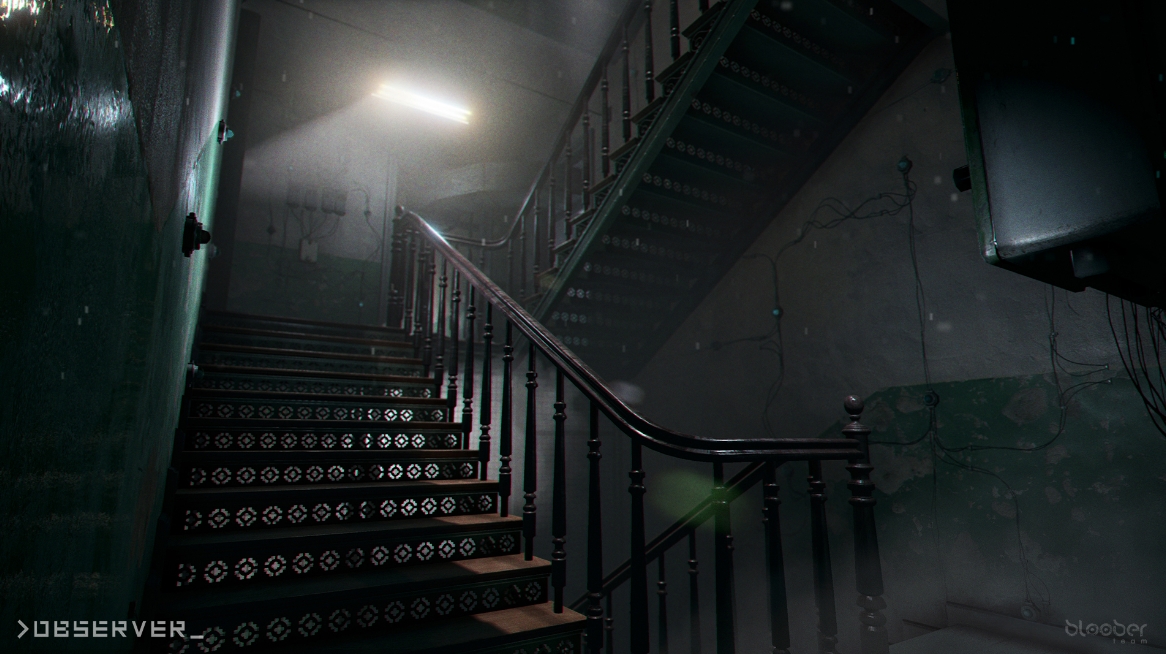 But the story and the representation of Poland in this game, all futuristic and everything, were good enough for me, compensating over the fact that these types of games are not generally my style. The plot surrounding Daniel and his son gradually unfolded in an interesting way and, mixed with the investigations you have to do, this never felt as if you were just “walking” from start to finish.

As for the trophies, this should be an easy Platinum to get. There are a couple of collectibles here and there to find, which you’ll have to get in a single playthrough as they don’t carry over. There are two ways you can end the game, so obviously you’ll have to do some save management if you don’t want to go for a full second playthrough. The only trophy that might prove to be a challenge if you’re not careful is the one for finishing the game without dying. There aren’t a lot of opportunities where you can die (mainly the stealth sections), but if you end up dead, you’ll need to dive into a second run.


Final Thoughts
For a walking simulator game, it’s one of the best I’ve had the chance to play. The story is rather short but has enough stuff to do as you scan, and hack to keep you going until the end. Bloober Team have improved with this release when compared to their previous game, and I definitely look forward to seeing what they do next!

Disclaimer
This Observer review is based on a PlayStation 4 copy provided by Blobber Team.