Square Enix has announced it will be releasing Left Alive on March 5 for PlayStation 4. Come check out the Day 1 Edition and the Mech Edition!


Francis Santos, Product Manager at Square Enix, had this to say:

Left Alive takes place in the fictional location of Novo Slava in 2127 after a devastating surprise invasion leaves the city swarming with enemy troops, towering mechs, and in burning wintery ruins. If that description isn’t painting a picture yet, take a look at this:

You’ll play as three different characters with three different paths, all seeking salvation from war that has erupted in the city. As each of those characters, you will have to make difficult choices in your escape that sometimes are a matter of life and death. The choices you make and the routes you take will all have an effect on how the story unfolds.

What does that mean? Let’s say you’re avoiding enemy patrols and trying to sneak your way out of the warzone, but you come across a pair of soldiers who are holding a group of refugees at gunpoint. What do you do? You have a few options. The heroic thing to do would be to run in, take the soldiers out and save the civilians, but that comes at the cost of risking your own safety and supplies. You also have the option to take a more strategic stealth approach, or even to bypass the confrontation in order to not to risk your life or your resources on a deadly rescue mission. Your choice will affect your characters’ story in different ways. 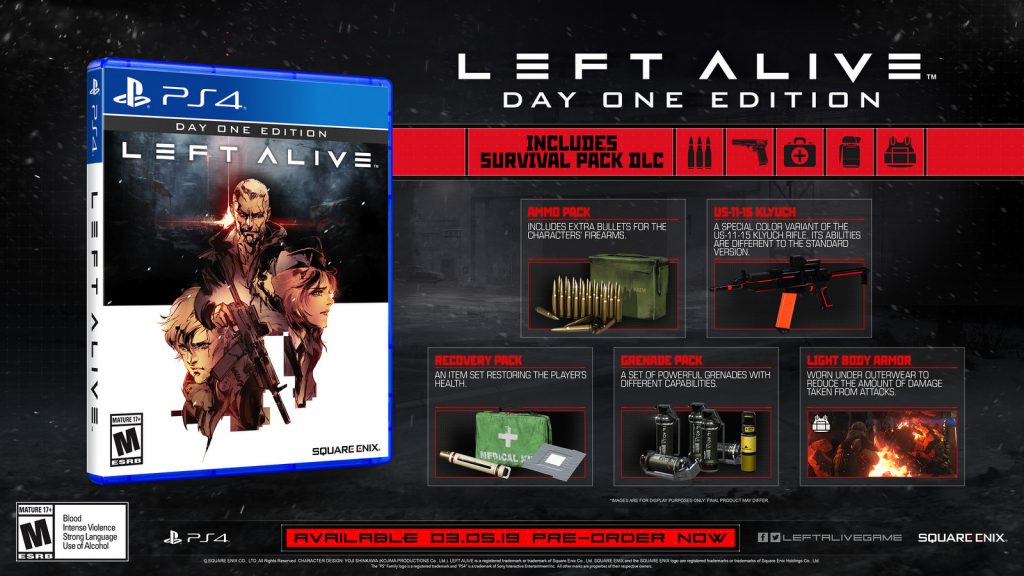 The Day One Edition includes the full game and the Day One ‘Survival Pack’ DLC containing:

And then, there’s the Mech Edition that is exclusive to the Square Enix e-Store. This includes the Day One Edition of the game plus: 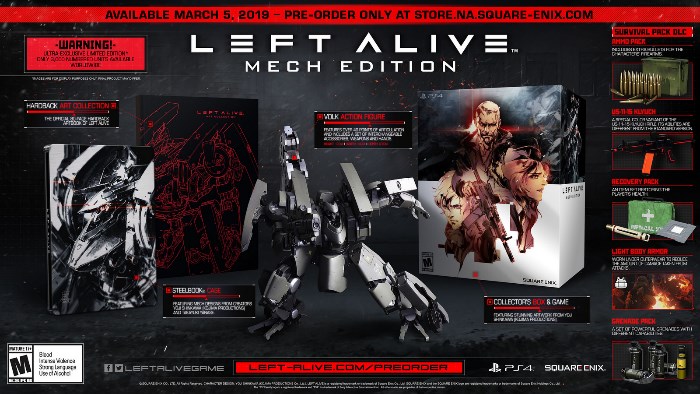