PlayStation Vita: Year One is book that had a KickStarter by Sandeep Rai, also known as 2 Old 4 Gaming, that successfully funded in a mere 7 hours, ultimately securing 500 backers and raising almost £5,000 – 5 times the original £1,000 goal! Before diving into our book review, you can read our exclusive interview with Sandeep Rai about this project!

The PlayStation Vita was labeled a failure within weeks of its launch, and there were many reasons for this. Even before it was released, the gaming media’s expectation was doom and gloom for Sony’s second handheld system.


While thinking about how much content Sandeep Rai wanted to include in the book, one of the primary concerns was keeping the shipping costs low, meaning the book had to be lightweight. There are many options to attain that, but without compromising the quality, they opted to do a small format book including only the first year of the PlayStation Vita, hoping people would like it so that he can do more books in a series. From the Kickstarter: “If the book turns out to be a success with a positive reception from the Vita community, I would like to consider making it a series of books focusing on each year of the Vita’s life.” 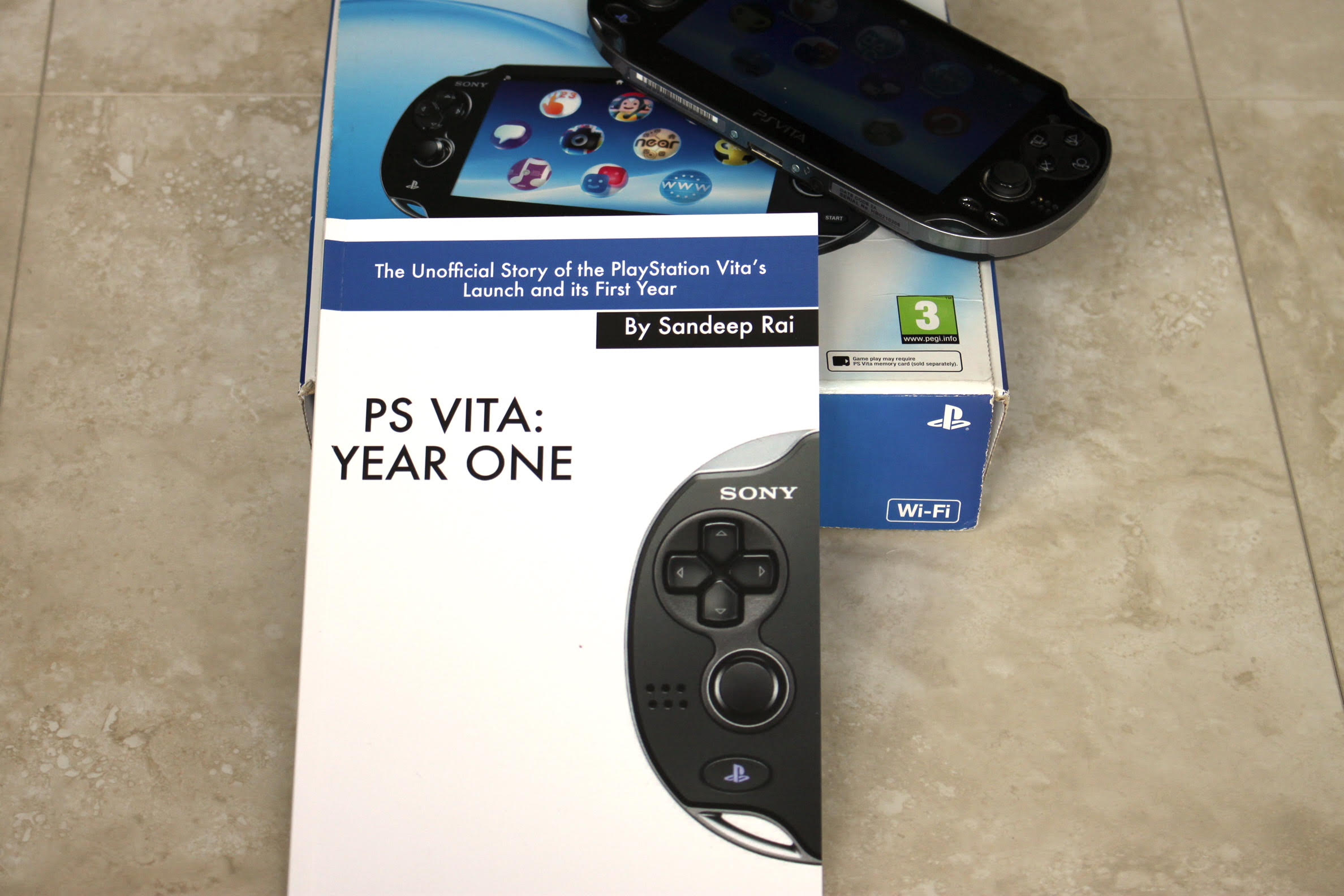 As for the book itself, it’s printed on paper of a good quality, and I was impressed by the shiny cover. The first pages cover the pre-Vita era, consisting of the PSP and the original Nintendo DS. Then the NGP (remember this was Sony’s code name for the console – Next Generation Portable) was revealed in January 2011.

The book goes into covering the actual launch of the console, which happened in Japan at first, then Europe and the US got their launch a few months later, in early 2012.


The following section details the events that happened in the first year of the Vita: discussing its competition, and the Vita memory card price, among other things. I remember a few of those events back then nearly kept me from getting a unit of my own due to how the console was getting a lot of bad press. I eventually purchased my PS Vita once Persona 4: Golden released, a few months after the console’s launch, and I never looked back!

After the events timeline, the book goes onto four developer interviews, talking with them about their personal opinion on the console, its dev kit for instance, and other anecdotes from the console’s beginning. 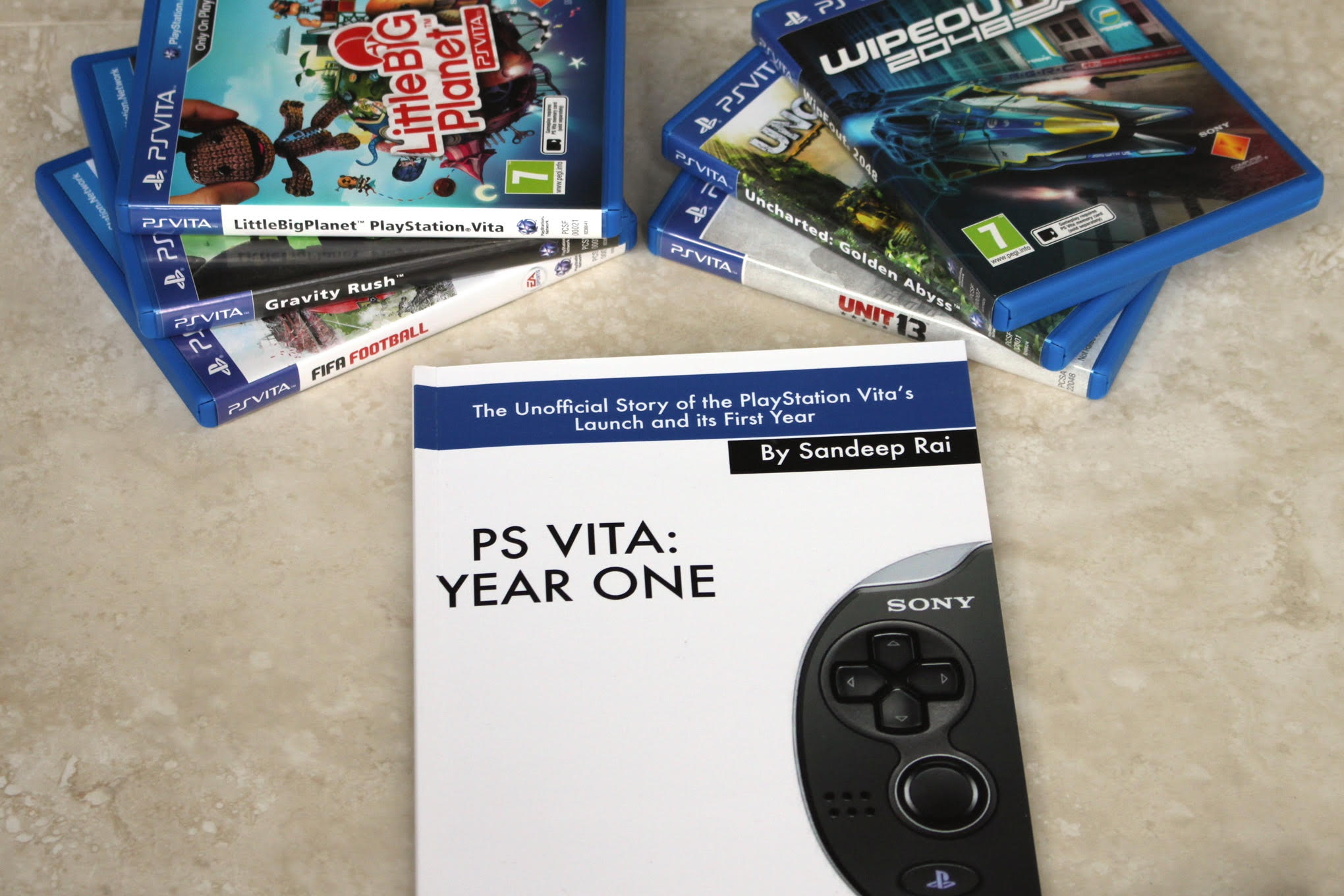 The remaining half of the book details the main Vita games that released during the first year of the console. You’ll be able to read about Gravity Rush, MotorStorm RC, LittleBigPlanet Vita (which I recall name dropping to my wife specifically so she’d be OK with me buying a new console), WipEout 2048, Uncharted: Golden Abyss, Persona 4: Golden (my definitive favorite game of the PlayStation Vita), and many others.


Final Thoughts
I had a blast reading this book on the PS Vita’s first year in the market – the book kept me coming back for more over the two hours and change I spent reading it. Sandeep did a stellar job covering one of my favorite gaming console of all time, and when he releases the next books on the PS Vita’s lifetime, I’ll be ready to get a copy – and you should too!

Disclaimer
This PlayStation Vita: Year One book review is based on copy provided by Sandeep Rai.