[Beyond PlayStation] The Midnight Sanctuary Review


The Midnight Sanctuary is a visual novel that tells us the story of a small Christian village in Japan through the eyes of a “guide” who is tasked with showing foreigner Hamomoru Tachibana around in hopes of unveiling the town’s history to be able to modernize the village and make it a touristic attraction. However, the little village turns out to be much more than what it at first seemed to be. It’s filled with both living and dead people at once, as if this was as normal as having day and night enjoying a cup of cofee… but only the faithful can see them. As Hamomoru dives deeper and deeper into the town’s history, the truth about the village and it inhabitants starts to seem darker and darker. 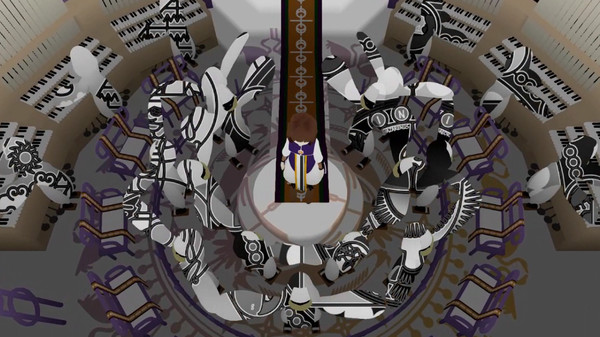 The best way to describe this game is with one word: unique. Many of its characteristics fall into this category. For starters, it’s a 3D visual novel, which is pretty rare in a genre that most of the time favors 2D. Then, the player’s interaction with the game is minimal, even for a visual novel. There’s also the visuals, which take a little while to get used to, and even after that, you can still feel some uneasiness every now and then from the way the game looks. 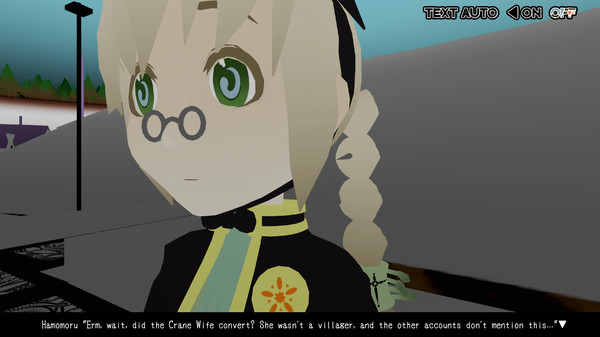 The most memorable part about the game has to be the art style. When you think about visual novels, dozens of titles may pop in your head, but when you add 3D to the mix, well, I can’t really think of any! This is a different approach, and the way it was handled makes it even more interesting. Parts of the environment and characters happen to be almost translucent, showing a background pattern that follows you throughout the story. It takes a while to get used to it, and can be a little jarring at first, but that only helps to drive the very feeling of the game. 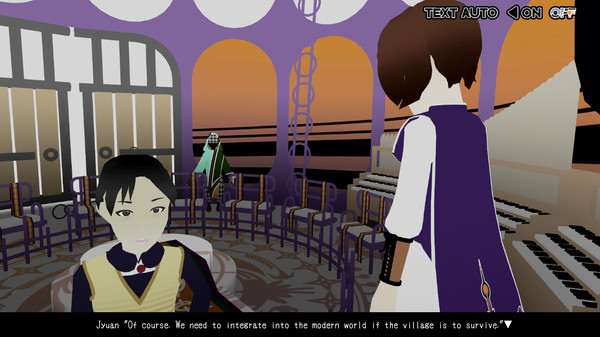 Then there’s the story. Usually, the player gets to choose options or dialogue branches while playing to influence the story. However, in The Midnight Sanctuary you truly take the place of a watcher, as your only choice is to pick in what order you would like to watch the story. There aren´t different endings or secret sequences, and the story is a bit on the slow side of things for the first two chapters. Once you get past that, the rest of the story is quite captivating, always leaving a sense of uneasiness as it drives forward to its conclusion. 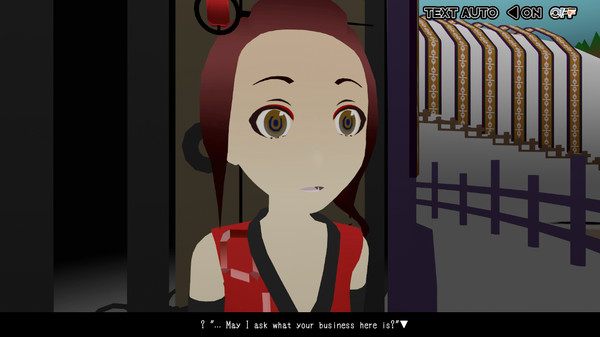 The music and voice acting is very good, especially during the final set of chapters for the game, but the music sometimes stops abruptly, without enough time to really appreciate the pieces. And then there are the models and animations in the game. They certainly fall in the “unique” status, as is the case for the rest of the game, but not for pleasant reasons. They always seem to give an impression of something being wrong with them, although this could be considered as part of the general way the game is presented – and what the developers intended to do. 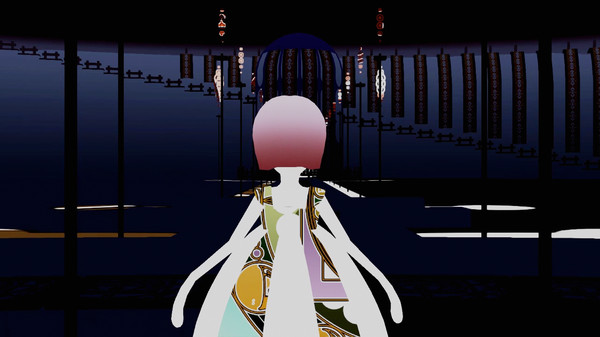 The Midnight Sanctuary is most definitely not for everyone, but if you would like to try something different in the visual novel genre with a dash of horror and Japanese culture thrown in for good measure, then this is certainly a good pick. With a handful of hours of gameplay in total, it is certainly worth the price – not to mention you can go back and re-watch your favorite scenes with the log feature! 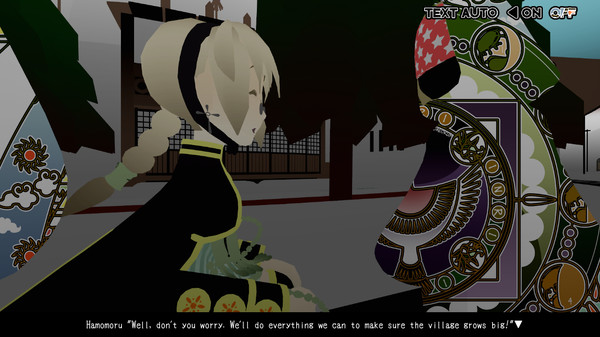 Disclaimer
This The Midnight Sanctuary review is based on a Steam copy provided by UNTIES.

The Amorous Adventures of Bold Sir Hans Capon Out Now