The Bard’s Tale IV: Barrows Deep is a sequel to The Bard’s Tale trilogy from 1986-1991, funded by way of Kickstarter back in 2015. This title goal was to take the story of the world of Caith and, more specifically, the city of Skara Brae to a modern audience, with a similar yet newer approach to the dungeon crawler genre. 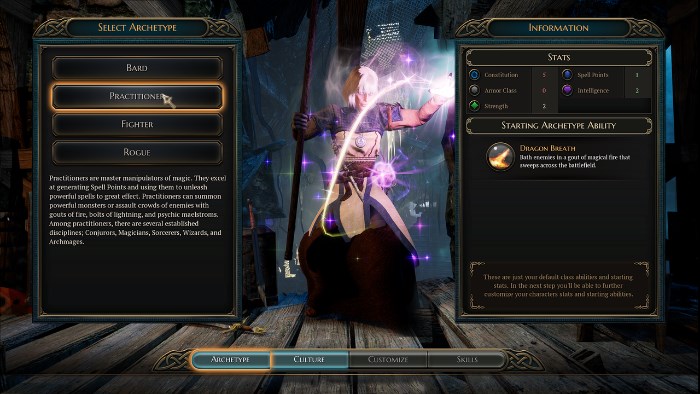 Instead of the usual grid-based movement of the genre, this game offers a more open world for the player to roam freely- or at least, so it seems at first glance. Truth is, the world is as linear as it was in the original titles, but you wouldn’t be able to tell at all while playing the game. The maps, layout, textures and depth works wonderfully to mask this core feature of dungeon crawlers, so that it stayed true to the mechanics for veterans, yet approachable and with more freedom to new players. 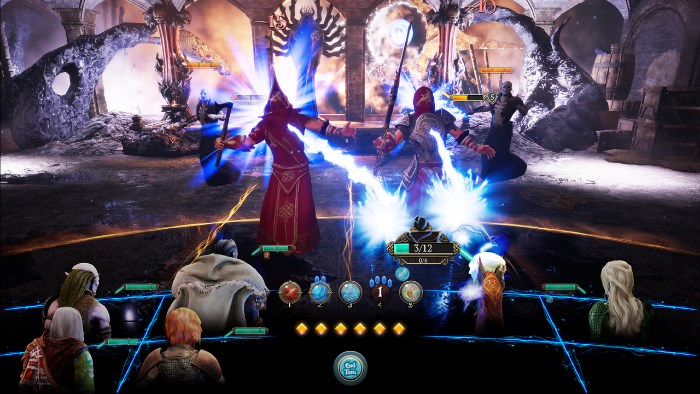 Now, when talking about in-game and battle mechanics, it unfolds like this: For battling, you will always be able to see your foes in the map, and if you get close enough, you will get an indicator of their power. This is very important, because when the game tells you that you will die in this battle, should you take it, it means you will. Of course no every enemy is an undefeatable task; most actually fall in the medium or easy category. 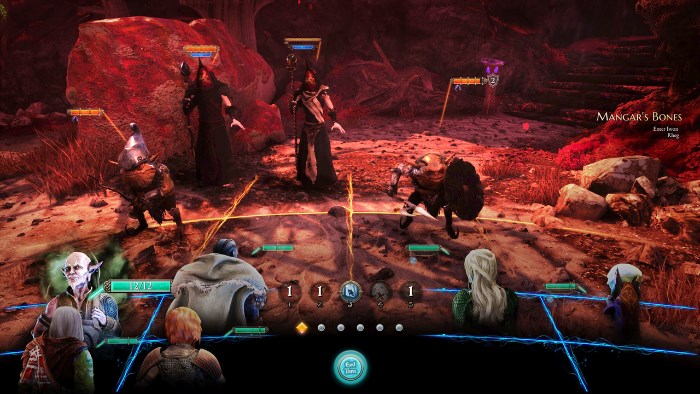 When the battle starts, you are placed in a 4 x 4 grid, divided into two equal 2 x 4 sides; one for the enemy, and one for your party. Now, this is where the strategy part comes in. Based on different classes, races, and skills you take, the way you battle may differ, but it all revolves around action cost, spell points and turns. Most actions you take use either a spell or action point, both of which you have in limited supplies per battle, and you take all your actions during your turn, then your enemy gets to do the same. Rinse and repeat until the end of the battle. 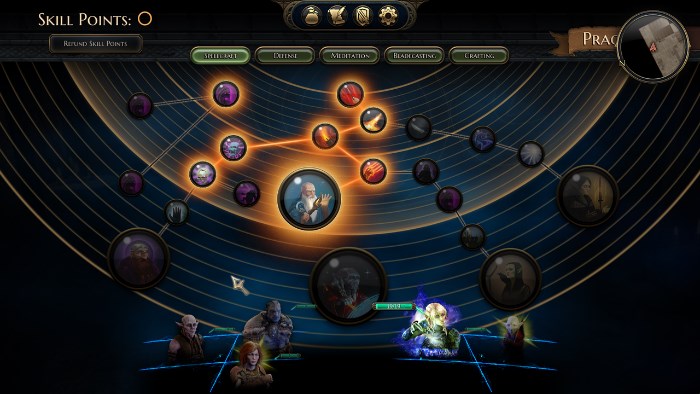 Bard’s Tale IV is a very strategic game for plenty of reasons. You cannot access your inventory in battle, so you have to prepare ahead of time. You cannot back-step in your skill trees, so if you aren’t careful, you could end up with a lot of difficulties to keep your party at float during battle. The puzzles aren’t very difficult, but they do tend to get repetitive after a while. 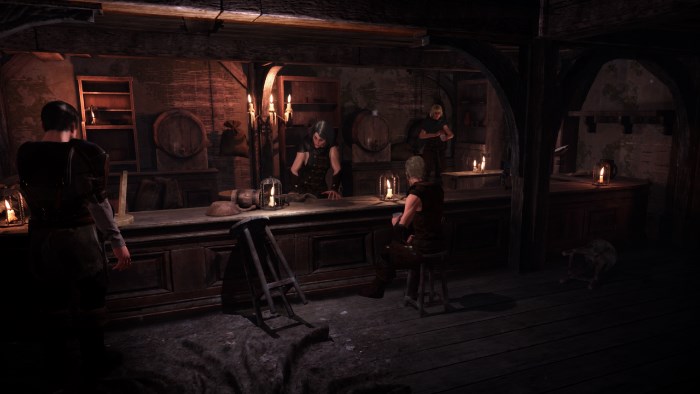 But where this game truly shines, I believe, is in the music and the voice acting. The game is called “Bard’s Tale,” after all; which is reflected even in in-game mechanics through the songs you learn to interact with the environment. The world feels very much alive thanks to these. You can easily find yourself wandering through town and listening to the locals sing or talk. Your party has some dialogue here and there, which is brought into the spotlight thanks to the marvelous job in the voice acting department. 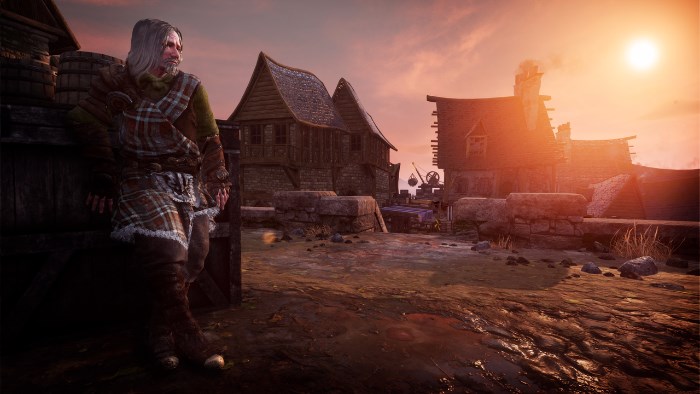 For the looks, however… let’s say they are what you would expect from a Kickstarter game as opposed to a game with an AAA budget. The models, textures, and parts of the UI could have been handled differently for a better look. And the story can be a little bland or linear at times, nothing particularly memorable or innovative. But I do not believe these points are deal breakers. 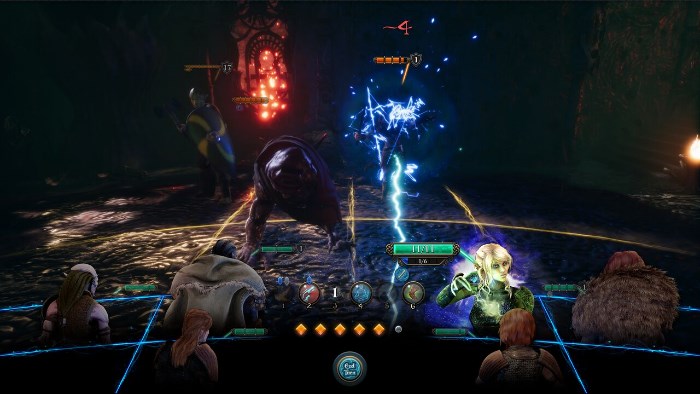 What is lacking, is the optimization of the game. Loading screens can take very long even on optimal computers, and the game tends to bug and crash at very random moments. Actions may not display on the screen, only for all of them to be triggered in a chain reaction after a few minutes. The game may cause some motion sickness, even when fooling around with the FOV and the blur, but this depends from person to person. All of this, however, has been improved little by little through patches from the developers since the game’s release, so I have hope that, in the near future, these problems will no longer be an issue at all. 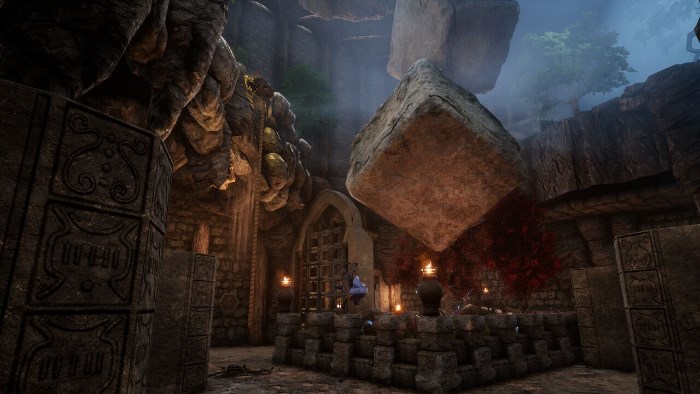 The Bard’s Tale IV: Barrows Deep is certainly a game awaited by many of those who loved the original trilogy, and truly wants to keep the identity of the series in its core while making it modern and welcoming to all the people who have never heard of the saga, or even the genre. Whether or not they have succeeded at keeping the core of The Bard’s Tale in this title is still up to debate for veterans, but it cannot be denied that at is price, it’s an enjoyable experience that will bring you 40+ hours of entertainment.

Disclaimer
This The Bard’s Tale IV: Barrows Deep review is based on a Steam copy provided by inXile Entertainment.