Reigns: Kings and Queens is a charming and endearing game that certainly took me by surprise. It plays like a card game of sorts with an easy to understand concept. Once you boot up the game, you can choose to reign either as a King or a Queen, and you get to make decisions based on what various advisors suggest you should do. For every action, you only have two choices to make, so there’s some extra replay value as you take on making the opposite choices in another playthrough. 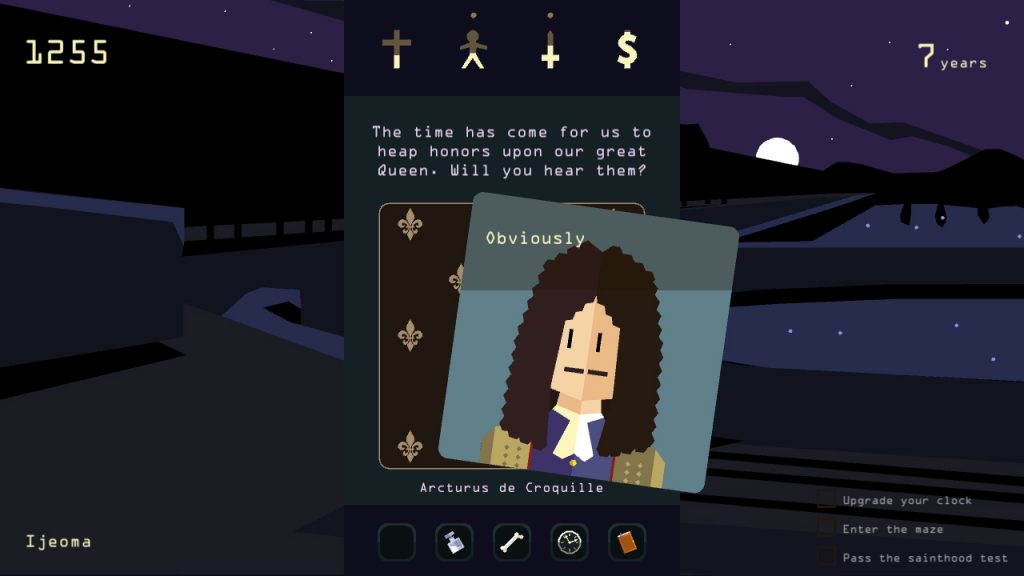 The game looks, feels and very much plays like a mobile game. The only gameplay mechanic in the game you need to worry about is using the analog stick to swipe left or right to make your decisions, and that’s is it! It really is that simple. The decisions you make will take place over a number of years, and they vary from tax matters to threats of war, and sometimes it’s stuff that is rather trivial like how you would like your clothing hemmed – the options in that care are plain or in gold. 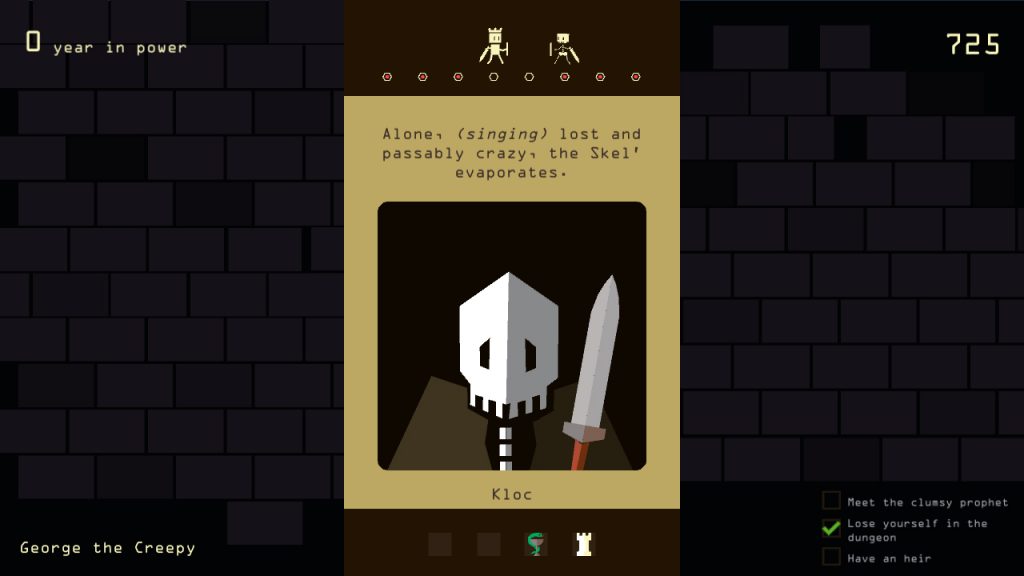 Your legacy depends greatly on four different meters. The cross is the church, the stick man is the people, the sword is the military, and the dollar sign represents the currency. How high or low these meters go will depend on how long you can reign – if the people meter is too low they may hate you and raid the castle. As you progress, there will also be quests to complete, and they are quite interesting and add an extra twist to the overall gameplay arc. There are some weird quests that bring some extra humor to the game, from the objective to the dialogue.


Playing both stories as King and Queen will present you with some choices that overlap, so the more you play, the less new things you’ll get to see during subsequent runs. The overall objective of remaining in the throne for as long as possible is always there, so you’ll need to balance things out so that you can keep a revolution or a military coup from getting in our way – nobody wants to see their run cut short by a mistake! As you progress and the centuries pass a new stack of cards will be added as you follow certain paths, which does change things here and there. 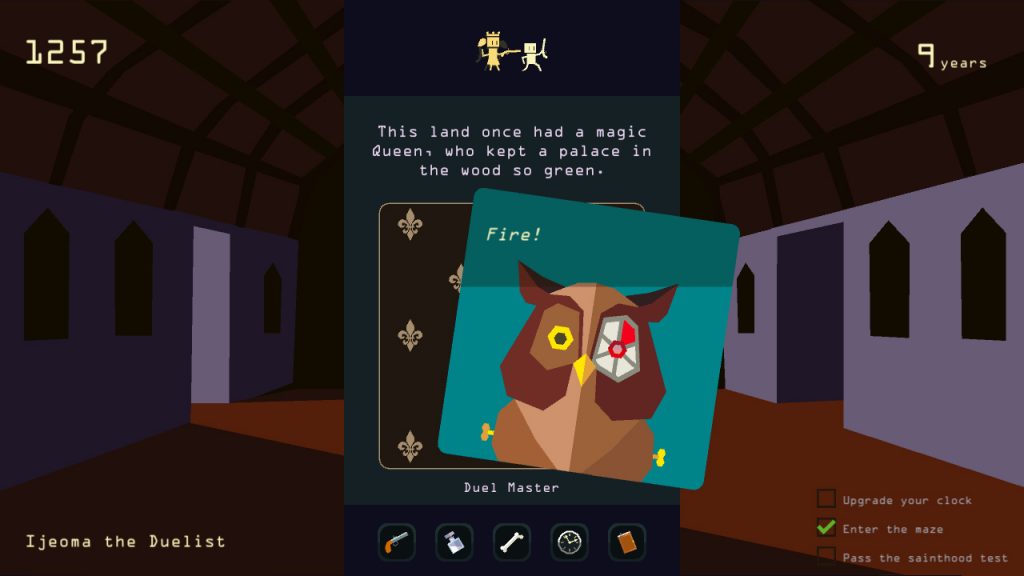 There are also unlockable perks in the game, and the good news is that you can keep them even if the current reigning monarch dies. One such perk I think you could use during your runs us the Clarity perk since this gives you some extra insight into how your next choice will affect the meters. It’s a pretty nifty perk, and it will completely change how you approach your actions. 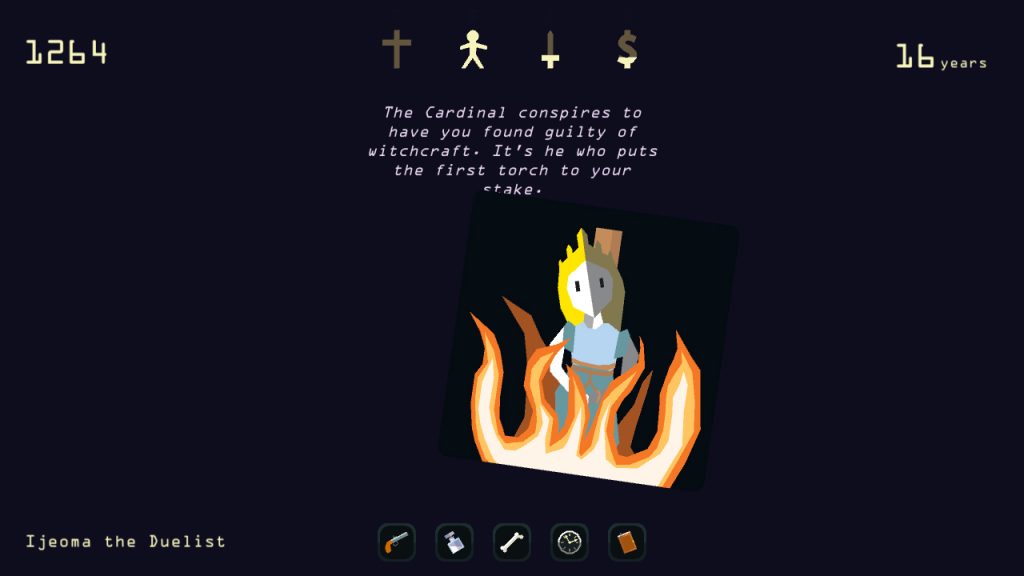 Reigns: Kings and Queens certainly is a unique type of game on Nintendo Switch. Its minimalist art style looks great on the TV and on the console’s screen when in portable or tabletop mode. The humor is also fun and charming, and it will make you chuckle every now and then. If you’re looking for something different, then be sure to check out this one on Nintendo Switch since it includes Reigns and Reigns: Her Majesty in a single package. 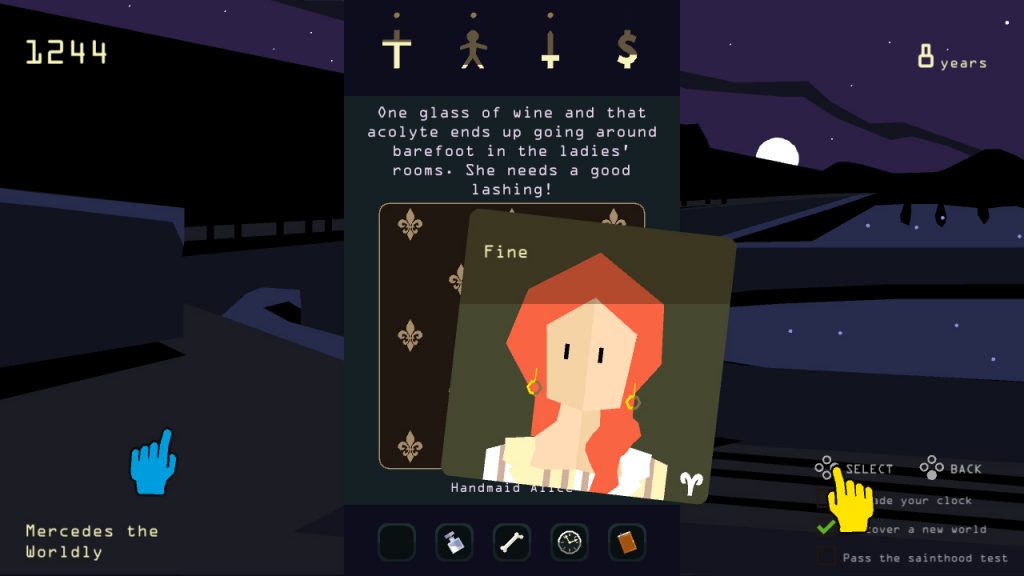 Disclaimer
This Reigns: Kings and Queens review is based on a Nintendo Switch copy provided by Devolver Digital.