Brothers Rob, who is 3, and Tib, who is 10, are ready to get out of the tiny island they call home. Rob is the large white rectangle, and Tib is the small square. Yes, Tib is aware of how weird that is. Their mother makes them train every day, because she says they’re the heroes of legend and that they will need to save the world. You will get to see them become older as 13 years pass, but even after all those years, Tin is still a tiny white square. What sets the pair out on an adventure is that the small island they live in starts to glitch, which definitely hadn’t happened before! Their mother has also gone missing, to the brothers will also be searching for her in each new world they visit. 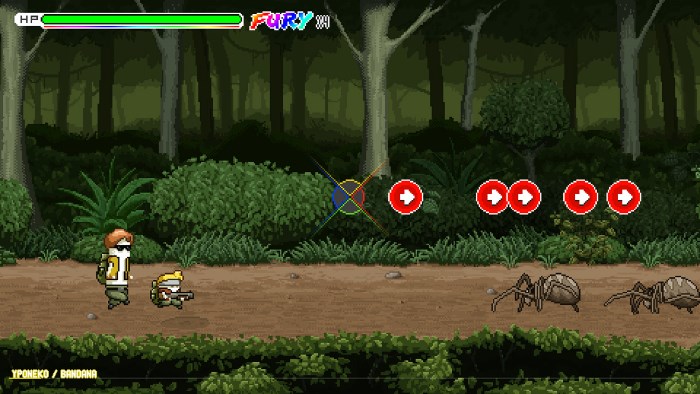 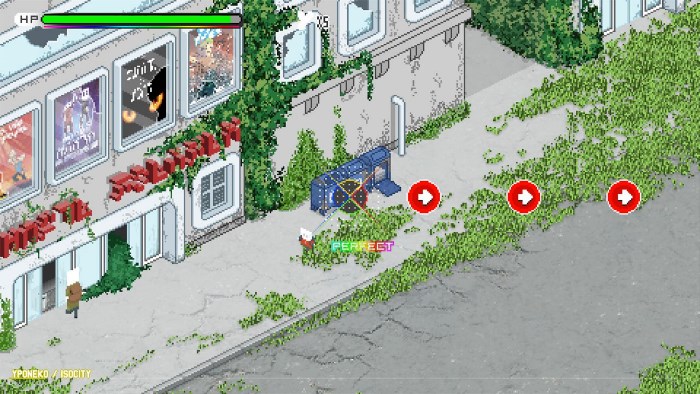 When you miss notes, you will receive damage and your hit points bar will deplete. To recover and regenerate your health, you will need to combo some circles in a row to fill up your Fury bar, which is located below your hit points bar. When Fury is activated your hit points will slowly regenerate, so you will have a chance to recover fully. Stages can be played in Easy, Normal and Difficult, and as is to be expected, the higher the difficulty, the more notes you’ll need to perfect and the harder the patterns you’ll need to complete. I suggest you first play all songs on Normal (or Easy if needed) to get used to them before you jump into a higher difficulty setting. 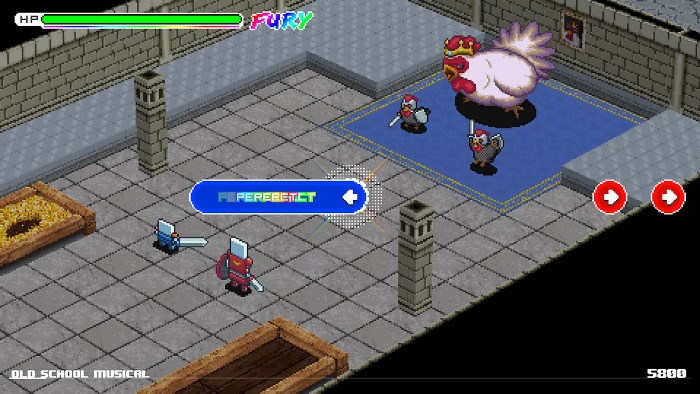 Along with the awesome soundtrack that does an excellent job of feeling as if its songs were originally part of the many releases this game lays homage to, there are a ton of nods to beloved video game series, from how the trees, grass, desert and more looks as if it was from The Legend of Zelda: A Link to the Past, Metal Gear Solid or Pokémon, to how our two heroes end up taking on the roles of characters from beloved franchises such as Metal Slug or Mega Man, to how in the intro sequence there seems to be a dead Pikachu on the right of the screen that is nothing more than bones. It’s part of what makes the game fun since you’ll be smiling as you spot all these nods to some of the best video games ever made. 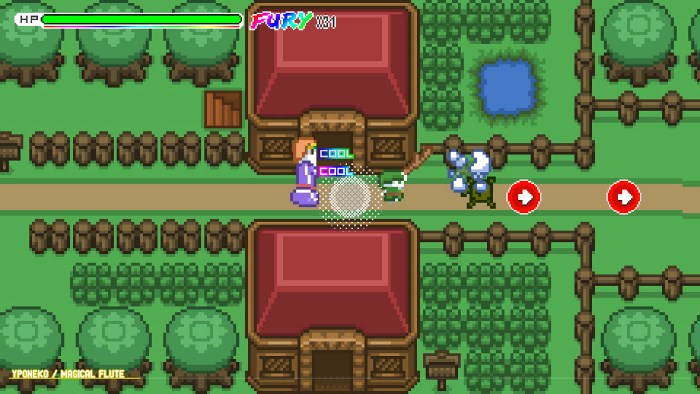 On top of the game’s Story Mode, there’s also an Arcade Mode available where you can play all of the chiptune songs you’ve unlocked so that you can take on them without the story segments from the main Story Mode. And if you’re feeling extra adventurous, you can also dive into the included Multiplayer Mode where up to four players can join in on the fun. Both modes help to add some extra replay value to the game, which is certainly appreciated since the awesome music needs to be experienced by as many players as possible. 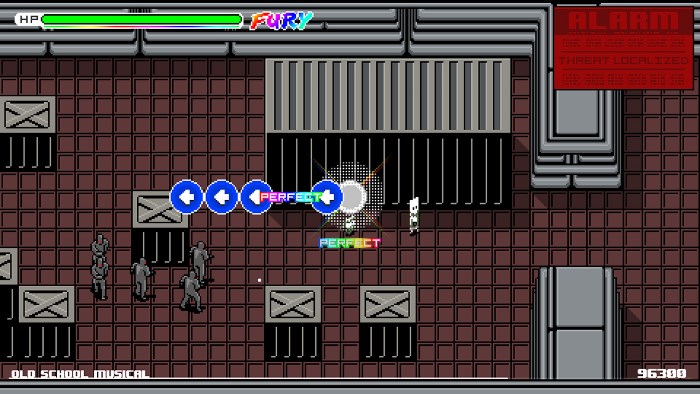 Old School Musical is a release that pays homage to the look and the music of games from ages past, wrapped in a fun music rhythm game package that feels right at home on the Nintendo Switch. I had a blast playing this one for review, so be sure to check it out today! 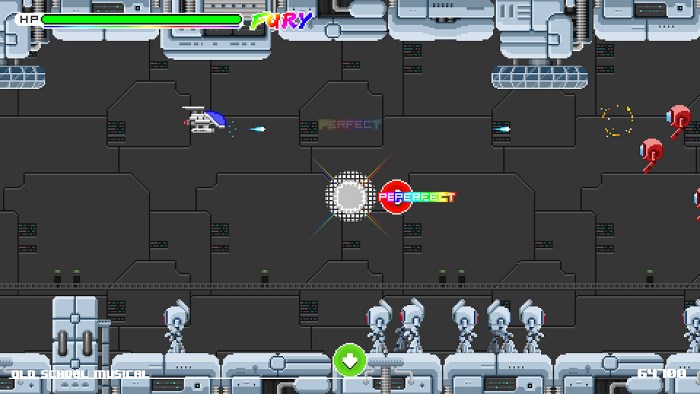 Disclaimer
This Old School Musical review is based on a Nintendo Switch copy provided by Plug In Digital.