Mini Metro from Radial Games and Dinosaur Polo Club is an indie game on Nintendo Switch where you must design the subway layout of a city that is expanding at a steady pace. Learn more about it in our Mini Metro review!


The game starts with a white screen where you are asked to drag a path from one station, marked with a circle, to another station, marked by a square. You can do this either with the on-screen cursor when playing in Docked, Portable or Tabletop mode, or by using the touchscreen when playing on Portable or Tabletop mode. Once you do this, a train, represented by a rectangle, will start to move between the available stations, and a few seconds later a new station will pop up, so you’ll need to connect that to your current layout. 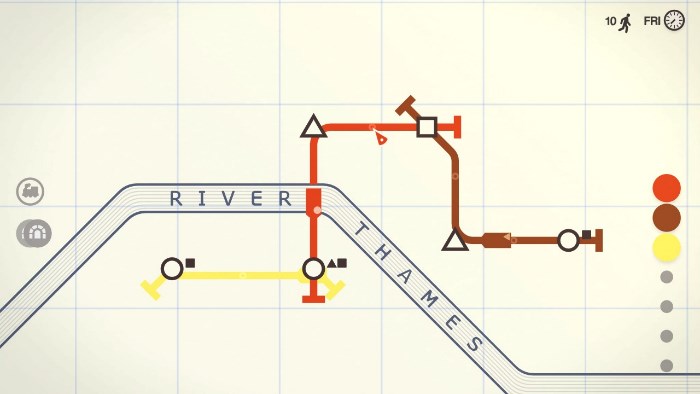 Each of your stations can hold a few commuters, so you’ll need to design a good subway system to keep them all moving from station to station as fast as possible. Depending on how you connect each station you will start to create different colored lines, and depending on the color you’ll be able to see where a train is traveling to and from. If a line crosses a river, it will get a tunnel for the train to travel to and from that station. 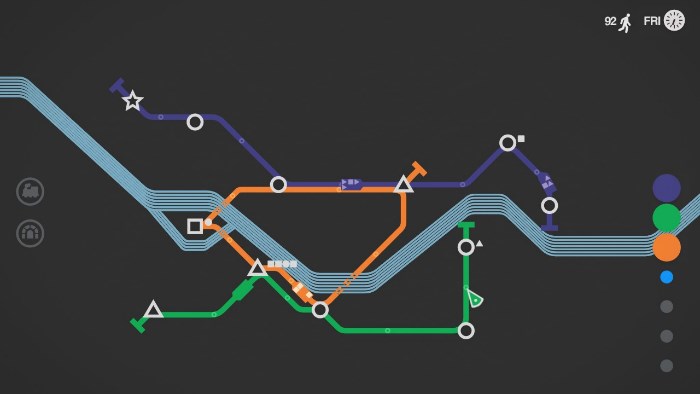 As you progress in the game you will unlock new things to add to your line, such as a new locomotive you can add to one of your current lines or to a new line, or a new car you can add to one of your locomotives You will also get more tunnels so that you can continue to connect lines over a river. These will certainly help you to keep your streak going strong… but you’ll eventually fail because your city grew up too fast or because you placed a locomotive at the wrong place at the wrong time, making your carefully designed line obsolete. This is all part of the process, so you’ll learn and carry on with new confidence. 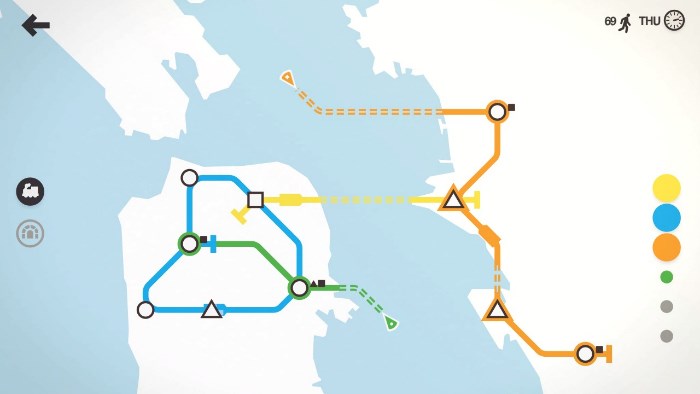 You can also select to close some lines if you feel that you can set up your previously connected stations in a more efficient way. Commuters will be shown as geometrical shapes, which certainly fits the game’s minimalist art style, and you should certainly pay attention to what share is traveling from each station because it is each commuter’s shape that will tell you to what shape of a station they want to travel to. If a station has square commuters and that line is not connected to a square station, then you’re in trouble. 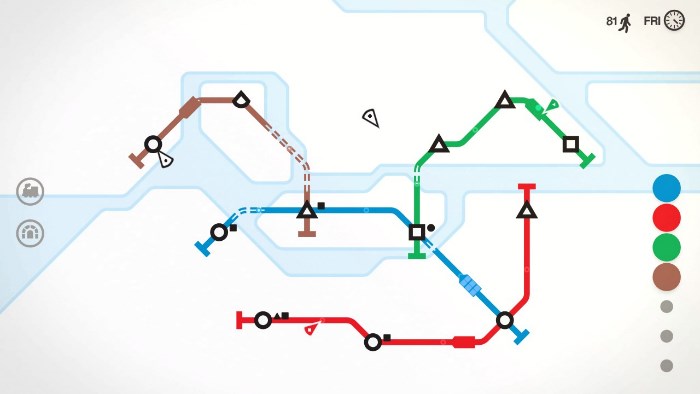 At first you can select to play in London, Paris, and New York City, but you can also unlock Berlin, Melbourne, Hong Kong, Osaka, Stockholm, Saint Petersburg, Montréal, San Francisco, São Paulo, Seoul, Washington, D.C., Singapore, Cairo, Istanbul, Shangai, Mumbai, and Auckland. To unlock new cities, you’ll need to reach a particular score threshold in a specific city or two. You can also play specific cities in the Daily challenge where a city will go into the rotation and stick around until its time is up and a new city enters into play. Each city has a different set of colors for coding its stations, as well as different challenges that will test your skills and your patience. 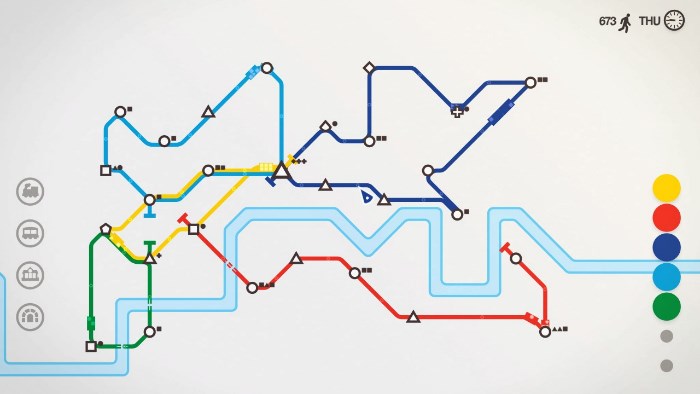 Mini Metro is a minimalist and charming puzzle/simulation game that will keep you busy for hours. Just playing the game to unlock all the cities it has to offer will have you playing for hours as you try to perfect your city planning to establish a growing network of lines that can accommodate the needs of as many commuters possible… until the whole system collapses and you have to start all over again. Be sure to check out Mini Metro on Nintendo Switch! 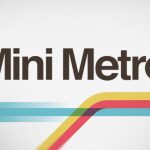 Disclaimer
This Mini Metro review is based on a Nintendo Switch copy provided by Radial Games.