MagiCat by Kucing Rembes and Toge Productions has arrived on the Nintendo Switch! Find out more about this charming platformer in our MagiCat Review!


Usually, when you think of indie games, platformers make up a majority of them, and that may create a flood that makes you clump all of them into the same sack. However, Magicat on the Nintendo Switch has found a way to charm its way into our hearts through adorable stages and powers, even without any words spoken from our feline mage since, you know, it’s a cat! 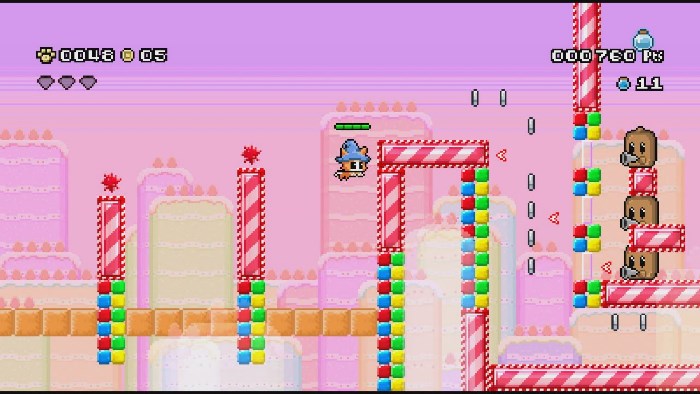 The gameplay mechanics are quite simple and revolve around the same five elements: running, jumping, floating, attacking and dashing. Each of them is done with some very cute animations that really give a nice personality and mood to the game. There are more mechanics introduced as you advance through the game, but they are mostly exclusive to the type of stage you are in, so you’ll get to enjoy some new stuff while still making the most of the main five gameplay elements. 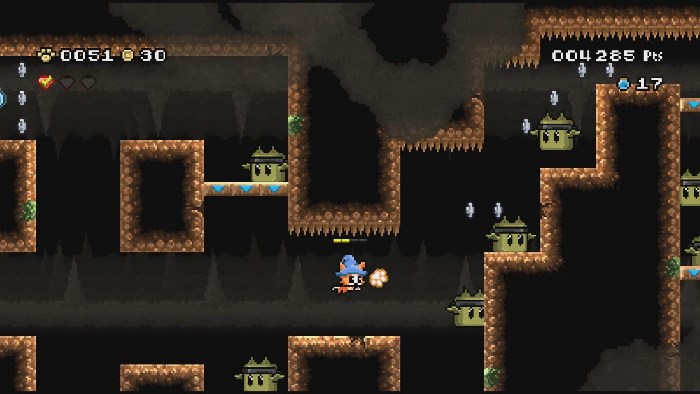 And there are tons of stages to play! With over 60 of them, you will have plenty of content to spend hours upon hours playing. Each set of stages revolve around a certain theme. Maybe its snow, a grassy field, a setting up in the skies, or even chocolate! Not only that, but most of them include clever puzzles around their thematic and specific mechanics, along with collectibles like coins, rubies, and potions to find! And every single stage includes a boss fight at the end, each with their own movement and attack patterns set within an increasing difficulty curve. 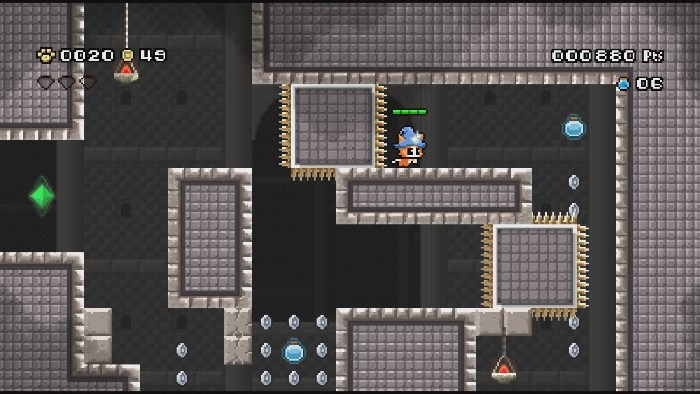 While the pixel art style is very charming and cute, it might not leave a lasting impact, and neither will the music, but that doesn’t mean it’s all bad, as the game is very enjoyable to play and enjoy. That being said, what you see is what you get: a single player platformer with a lot of levels to complete and simple gameplay mechanics, so don’t expect any multiplayer or online features. That isn’t a bad thing per se, but it is a bit of a heads up so that you know what you’re getting yourself into. 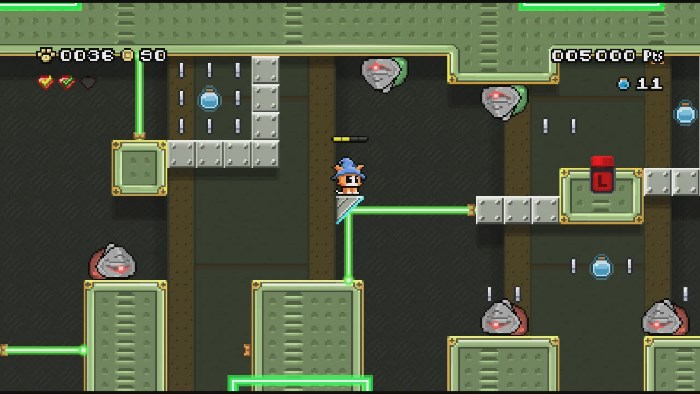 Overall, if you like platformers, pixeltastic indie releases and/or cute games, then MagicCat is definitely the game for you! While it’s not a game that requires a lot of experience with the genre, it still has its moments where it shines thanks to some clever gameplay and solid platforming sections that will keep you hooked until the end. 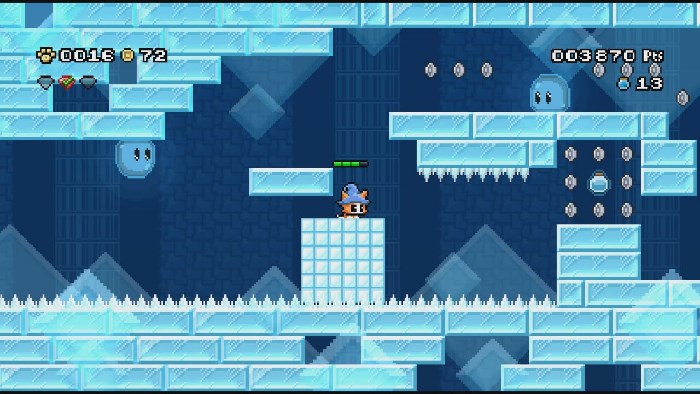 Disclaimer
This MagiCat review is based on a Nintendo Switch copy provide by Toge Productions.