Two Crude Dudes is now available on Nintendo Switch thanks to Flying Tiger Entertainment. Are you crude enough to save New Your City? Find out in our Johnny Turbo’s Arcade: Two Crude Dudes review!


Two Crude Dudes is a 2D sidescrolling beat ‘em up arcade game set in an almost post-apocalyptic future. For this one, you play as one of two buff mercenaries who have been hired by the government to do whatever it takes to defeat the Big Valley terrorist organization. A nuclear explosion has devastated the city, so it’s up to you to infiltrate the big apple, defeat every single member of Big Valley who stands in your way, and you will do this by making use of everything that you find on the floors and walls of the areas you visit. 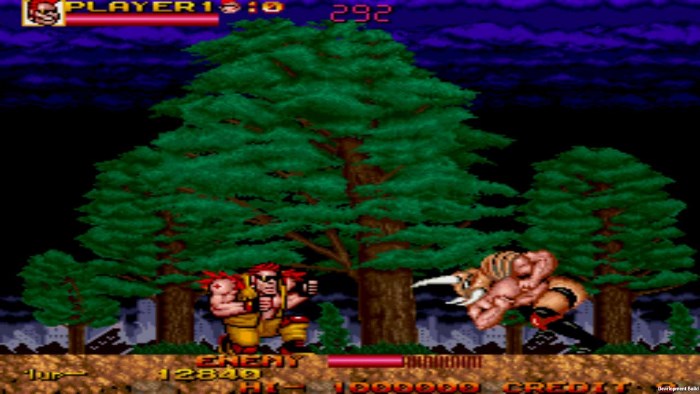 You control your character by moving around with either the left analog stick or the D-Pad. You can punch and kick with the A button, jump with the B button, and can roll if you crouch by pressing down on the left analog or the D-Pad and then press B. You can also lift up enemies, weapons or items with the Y button. Lifting enemies and throwing them is a good option for taking care of groups of enemies, and if all else fails, you might want to rip a lamp post out of its place or grab a car so that you can throw it to deal some considerable damage. 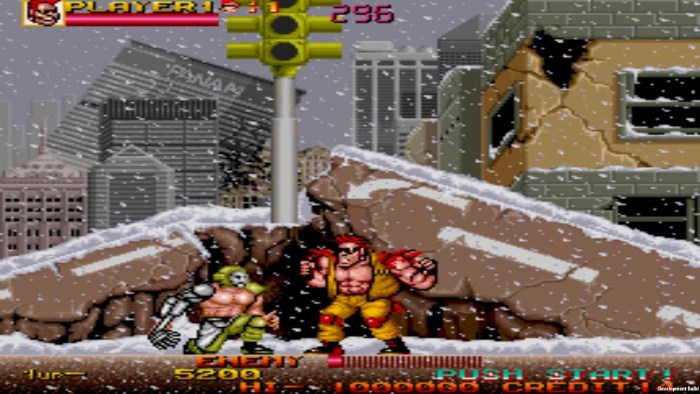 Enemies come in all shapes and sizes, so you might end up fighting the generic, color changing, beard wearing foot soldiers, which can be defeated with a couple of hits, or fight mad dogs who want to bite your face, white hazmat suit-wearing weirdoes with flamethrowers, slick looking jump kicking platinum hair guys, small and round but nimble fighters, big and round enemies that can pick you up and throw you hard onto the ground, enemies that like to throw grenades, and more.


Each stage features a ton of enemies to defeat, some rubble or perhaps a door that gets in your way and keeps you from progressing, plenty of items, signs, cars and more that you can lift with the Y button to throw at enemies, or to use as a fighting stick to deal more melee damage from a safe distance. Along with the regular enemies you will also run into a mid-boss or two, with some crazy designs such as a tiny and round weirdly colored Santa who throws bombs and needles around the screen. And then there are the bosses which pack a punch and are ready to take a beating as long as they kill you in the process. You need to be careful with bosses, or else they will deplete your life bar in a few hits. 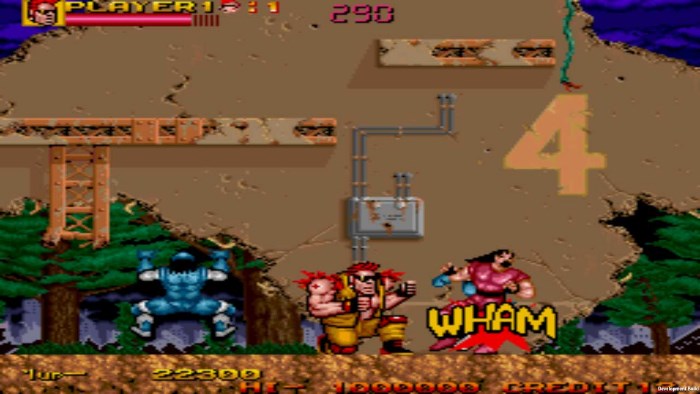 Some enemies will grab onto you if they manage to get close enough, and when this happens you’ll need to quickly move the left analog stick, or the D-Pad left and right so that you can quickly break free from their hold. If you don’t do this, they will start to chip away at your health, which could end up leaving you vulnerable to being defeated with the next hit an enemy lands. Luckily for this port, you can insert as many coins as you want into the virtual arcade representation of the game so you won’t end up losing any process when you hit continue. 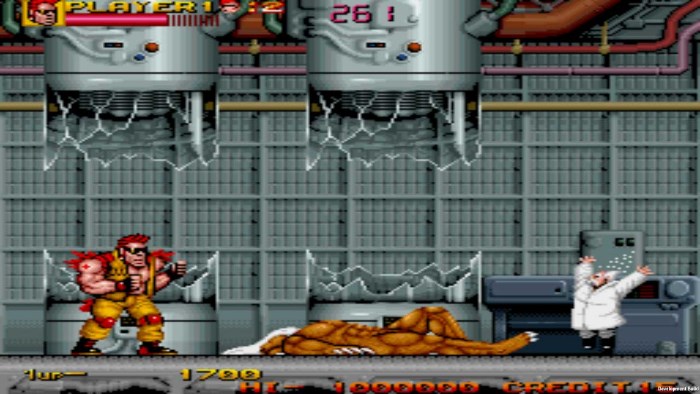 The game has three different aspect ratio options for you to choose from, but if you want to get a feel for how the game looked like back in the day, you should select the 4:3 aspect ratio, along with one of the screen style filters. The scanline filter will bring you closer to the game’s arcade look from back in the day, but you can also select a scanline round option, as well as other options for a composite cables look, an RGB showing, one for S-Video, and a quirky one for VHS that makes it look as if you’re playing back an old cassette tape. 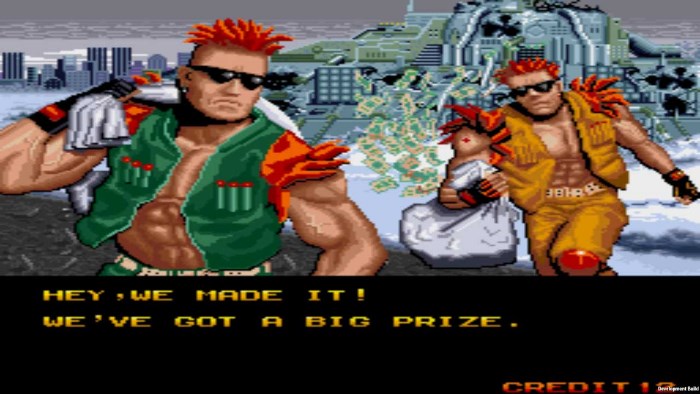 Two Crude Dudes is a fun and short arcade-perfect port of a game that I definitely got a chance to play in a real arcade way back in the day, so I was definitely up for taking the game for a spin. Due to its arcade nature, the game does feature some cheap enemies that will try to overwhelm you as bigger and more powerful enemies close in on you. The good news is that after most attacks you will have a short invincibility window which you can use to quickly grab an enemy or an item to throw him/it against the rest of the group, so you won’t end up dying that much if you’re careful and make the most out of that window.

New Only on PlayStation Sale