Ready for an old-school single-screen arcade shooter on Nintendo Switch? Then get ready, because Flying Tiger Entertainment has released Data East’s Shoot Out! Learn more about it in our Johnny Turbo’s Arcade Shoot Out review!


Back in the day, arcade games used to be very simple and to the point, and that is certainly the case for Shoot Out. For this one, you move with the left analog stick or the D-Pad, fire with the A button and roll with the B button. That’s it. You do need to aim a bit as you move so that you can shoot at the enemies while making sure that you don’t accidentally shoot any civilians, but as long as you keep your eyes open and notice who is trying to kill you and who isn’t, you’ll be on your way to take down the mob boss. 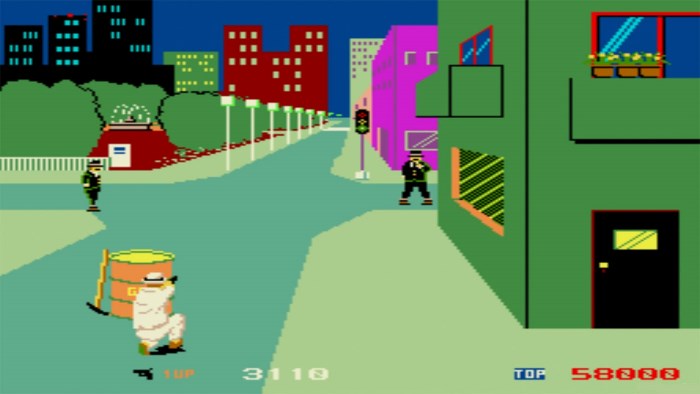 Before you begin your journey you can select to take on some target practice so that you can get the hang of things, or you can jump straight into the action. Shooting bad guys is the main objective, but you will also need to avoid their attacks, as well as some flying objects sent your way by nasty people who can’t be shot. There are also some specific objects in each of the stages you will take on which can be shot for some extra points so that you can aim to grab a spot in the in-game leaderboard. 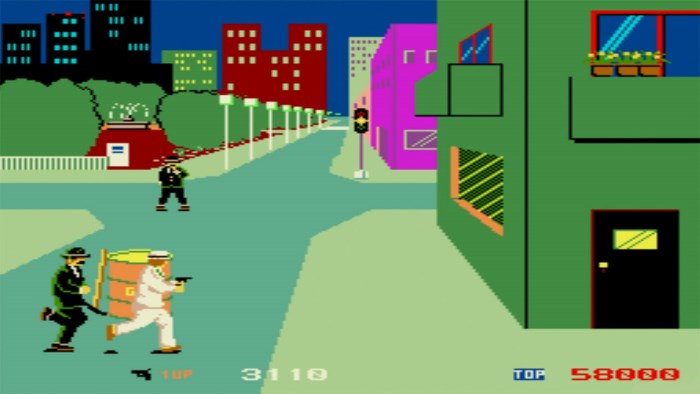 Shoot Out has eight stages in total, and you need to defeat a certain number of enemies in each one to be able to proceed to the next one. Once you’ve managed to beat all stages, something that will take you 15-20 minutes at most, Shoot Out will return you to the first stage in the game so that you can do it all over again. Since one hit is all it takes for you to die, you are going to die a lot in this one, but the good news is that you don’t need to start each stage from scratch since the enemies you’ve already defeated will carry over. You’ll know you’re close to finishing a stage when you hear the music speed up. 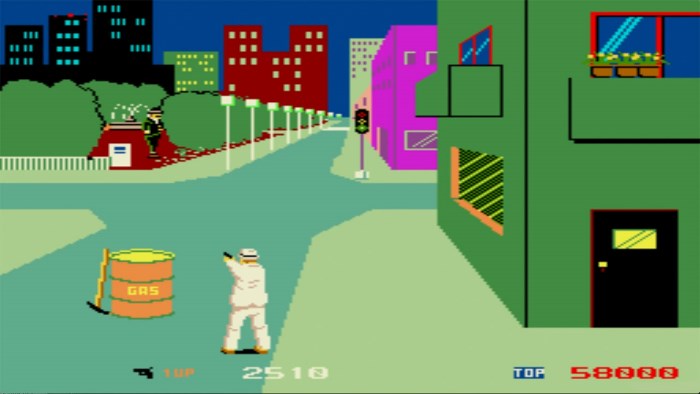 Shoot Out is a short diversion you can squeeze in between other games. It’s one I didn’t get a chance to play back in the day, and which is valuable to have on Nintendo Switch as a history lesson on how arcade games used to be way back in 1985. Other than that this one won’t hold your interest for long once you’ve beaten it since you’ll have seen everything it has to offer, and it’s not exactly an arcade classic. But if you’re in the mood for a short arcade experience, then this one will certainly scratch that itch. The game has not aged gracefully, but it’s still a valuable part of Data East’s history. 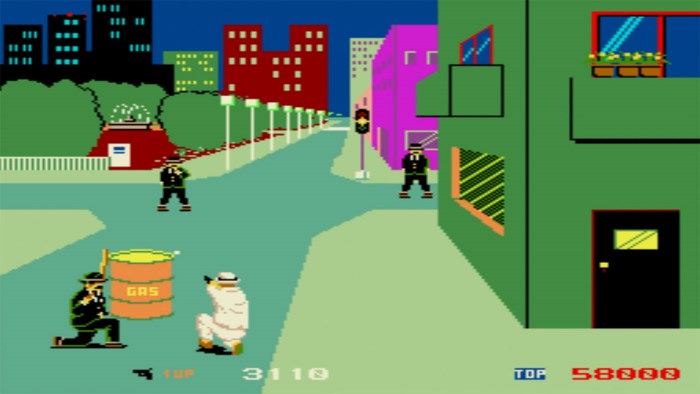 Disclaimer
This Johnny Turbo’s Arcade Shoot Out review is based on a Nintendo Switch copy provided by Flying Tiger Entertainment.

Crayola Scoot Out Now On PS4