Nitro Ball from Flying Tiger Entertaining is a crazy arcade mix of two genres that you have to check out. Find out why in our Nitro Ball review! 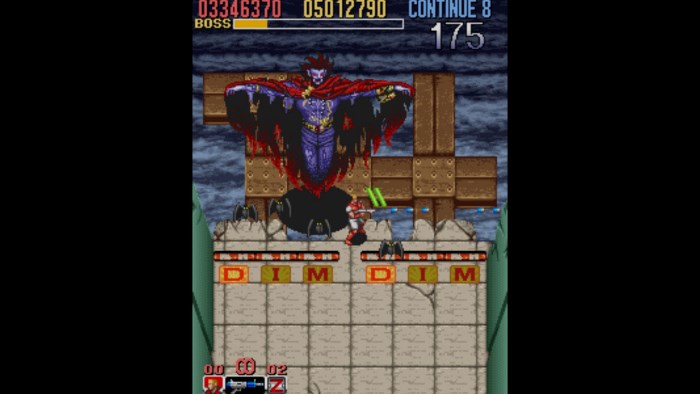 In Nitro Ball, you take control of a super soldier who must go into a show game style setting presented from a top-down perspective, and your goal is to shoot everything that moves before they can kill you. So far so good, right? Well, on top of that, each stage also has a layout similar to a pinball table, and when you shoot enemies, they will curl up and roll around in the direction you shot them too. Oh, and your super soldier will sometimes straight up turn into a ball that can roll around the “table.” Got it? 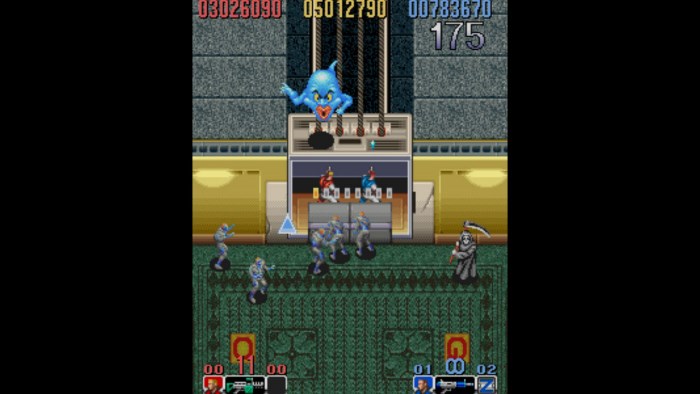 Controls are simple, as is usually the case for arcade releases. You move around with the left analog stick or the D-Pad, and you aim your weapon in the direction that you’re facing. You can use the A and B buttons for your regular attack and your special attack. The special attack is a big one that can end up clearing all enemies on the screen while dealing considerable damage to the larger enemies, and the bosses, that you will face. Special attacks are limited for each life, so you can’t just spam them as you please. 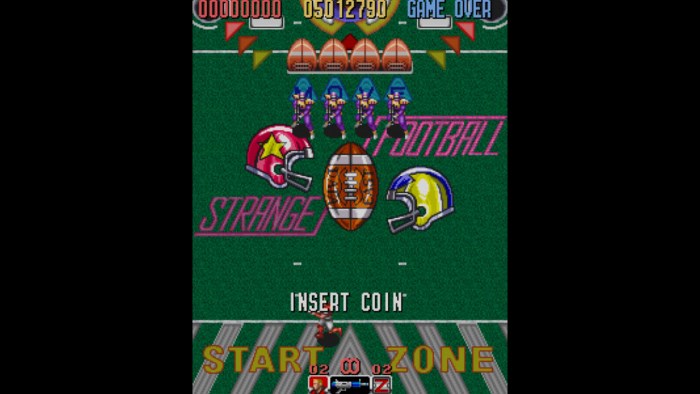 When enemies curl up, they can enter holes on the pinball tables, as well as hit targets on the side of the screen. Doing this will reward you will find collectibles that boost your score, and you can also end up getting power-ups that will change your equipped weapon to something more powerful and dynamic. Power-ups are also what turn your super soldier into a shiny ball, thus making it a lot easier to destroy all targets, quickly walk up ramps and attack any enemy foolish enough to stand in your way. 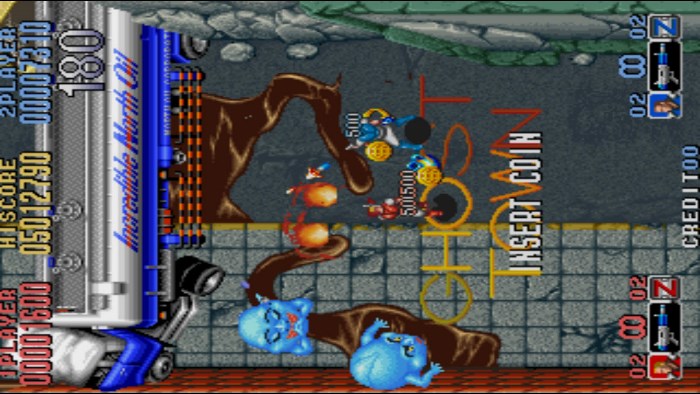 As is the case for other games in the Johnny Turbo’s Arcade series, you can select between different screen size option, as well as select the best look you can by using any of the available filters, or you can go at it without using any filters at all. There is also the option of changing the screen’s orientation so that you can play the game as if you were using a TV set vertically, as would have been the case for the screen on the original arcade version. This is great for playing in portable and tabletop mode and makes for an overall better experience. 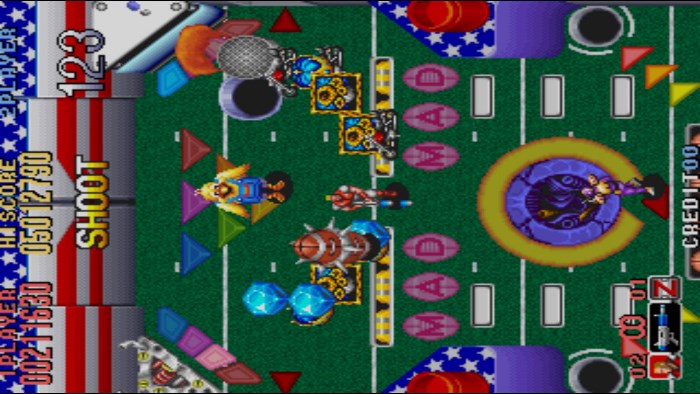 Nitro Ball is a fun arcade release that definitely does something different. A shooter/pinball game? Sure, why not? It’s a short, action-packed adventure you can take on by yourself or in local co-op/competitive multiplayer as each player tries to get the highest score possible.

Disclaimer
This Johnny Turbo’s Arcade Nitro Ball review is based on a Nintendo Switch copy provided by Flying Tiger Entertainment.