Hey dood! When I found out Disgaea 1 was being remastered, I was beyond myself since Disgaea 1 and 2 remain to this day as my personal favorites. Come check out our Disgaea 1 Complete review!


To replay the first game in the long-running series on Nintendo’s latest platform is definitely a dream come true. Being able to play a massive strategy RPG at home or on the go? Yes please! Disgaea 1 Complete is a remake of the original Disgaea: Hour of Darkness which was originally released on the PlayStation 2 back in 2003. For this 2018 release, the game’s graphics and UI have gotten a major makeover, as you can see from the image below comparing how both versions look. 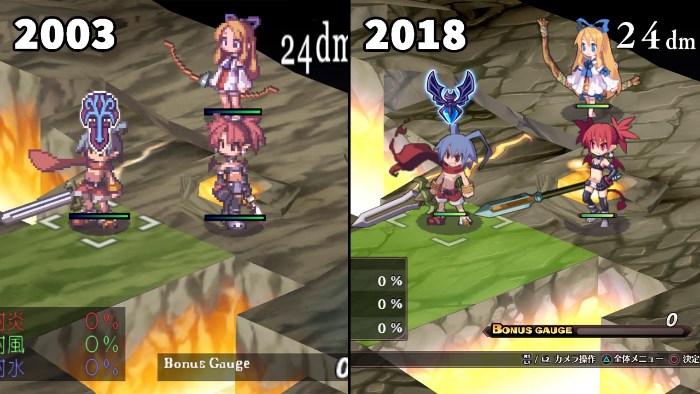 As for the game’s story, the King of the Netherworld is dead, and you play as Prince Laharl who has awoken from his coffin after a deep sleep of several years. Etna breaks the news to Laharl that his father, King Krichevskoy, died two years previously, but Laharl isn’t particularly upset at the news. Etna explains that the death of the King has caused a lot of issues, and that a Demon Overlord has taken over the Netherworld. Laharl sets out to claim what is rightfully his, with Etna at his side. 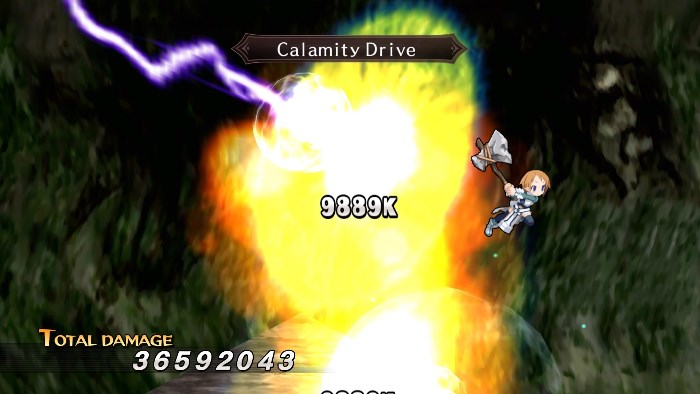 Disgaea 1 Complete is a strategy RPG with turn-based combat which takes place on a grid. You control a squad of characters as you try to defeat your enemies before they get the best of you. Something that set this one apart from other games in the genre is that characters can pick up and throw other characters across the map. This does look hilarious, but it’s a very useful ability since it allows you to quickly distribute characters around the map and to get your most powerful warriors closer to your enemies. 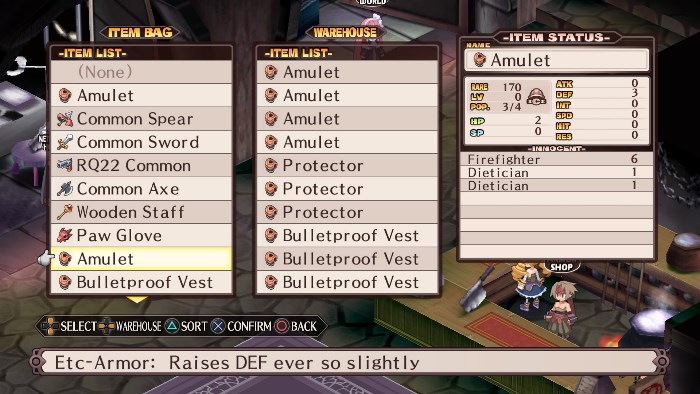 If you are a complete newbie to the franchise, then that’s cool! The game will ease you in with a tutorial using the Prinny Squad to help you get to grips with the mechanics of the game. The tutorial does a fantastic job of explaining how the combat system works. Using the base panel, which is a glowing blue square, you can press the A button to select a character of your choice and move them anywhere within the red grid shown. Press the A button again to bring up a menu with various options such as movement attack, defend, and more, and when you are ready you can press the X button to execute your choices. Rinse and repeat with the other characters in your party when you have completed your turn simply press the X button again and your enemies will take their turn. 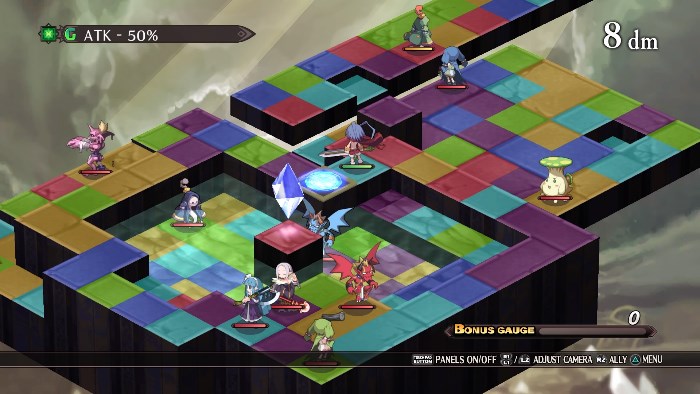 Also worth noting is that you can perform combos and special attacks when two or more party members are standing together to deal extra damage, and how attacking someone from behind allows you to deal an increased amount of damage. Once you have cleared a stage, you will receive HL (the Netherworld currency), and a prize from the bonus list. If you repeat the same battle you can gain another bonus prizes, and each stage has about nine, so playing the same battle nine times will get you the top prize – for the tutorial that would be the Bronze Sword. As I have previously said, you can lift and throw your enemies to get closer to your enemies, but you should NEVER ever throw a Prinny next to a member of your squad as they explode on impact! 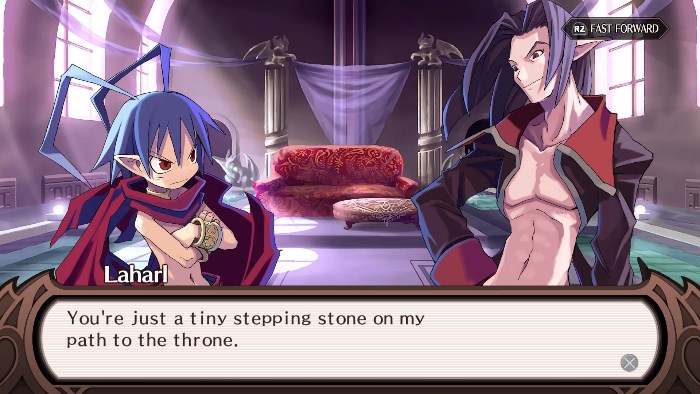 The feature player, and myself, like the most about the Disgaea series is the Geo Panels. These look like little pyramids on the map, and they come in a variety of colors and cause different effects. The blue Geo Panels boost enemies’ stats by 50%, so if you are near an enemy that is standing on a blue panel then you’re asking for trouble! But fear not since you can get rid of Geo Panels you don’t want by simply destroying the pyramid thing, or you can grab it and throw it somewhere else. Not all Geo Panels are bad, so be sure to check what their effects are so that you can make the most of them! 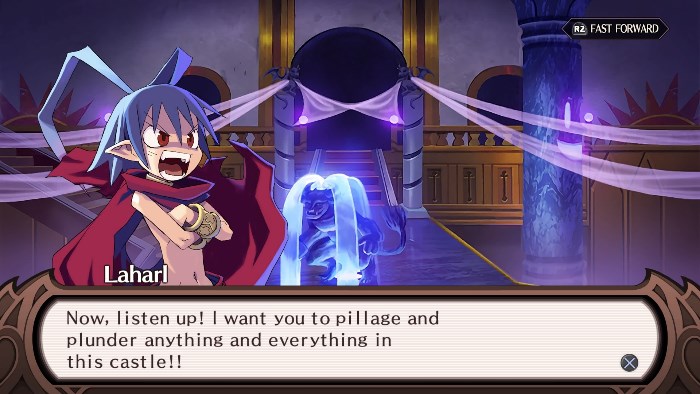 The game, despite being the first entry in the series, is a huge grind fest, just like it was back in the day. If you’re looking at doing a full 100% run, you’re easily looking at spending 100+ hours playing this one! It’s fun and doesn’t feel tedious since there are a ton of enemies to battle and the story is hilarious, but the game is certainly not for everyone. But if you’re a fan of strategy RPG games, then this one offers a ton of bang for your buck. 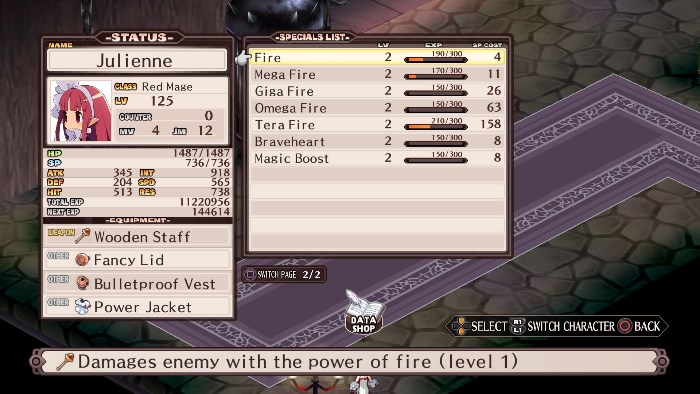 Disgaea 1 Complete is an excellent remake of an excellent strategy RPG game, and it fits perfectly in the Nintendo Switch’s library. We already got to enjoy Disgaea 5 Complete last year on Nintendo’s hybrid console, and getting a chance to play the first one with a whole new look is definitely appreciated. There is a ton to do in this one, and that’s without even going into Etna Mode which features an alternate scenario in which Etna ends up killing Laharl, so she becomes the main character of the story! 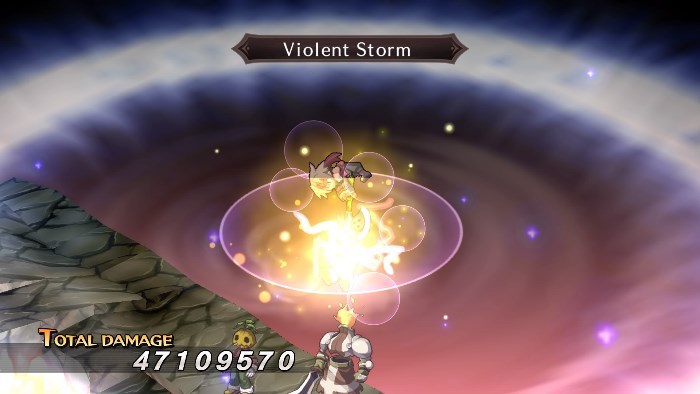 Disclaimer
This Disgaea 1 Complete review is based on a Nintendo Switch copy provided by NIS America.

[Beyond PlayStation] Knights of Pen and Paper +1 Deluxier Edition Review