Alwa’s Awakening might seem like yet another game that is trying to appeal to nostalgia, but this one definitely goes a little bit further than that. The game is a Metroidvania to the purest sense while giving us a game with the style, music, gameplay, and difficulty of an old-school NES game, while also adding an Assist Mode for a more forgiving experience for those that are not as skilled at 2D action platformers of the Metroidvania variety. 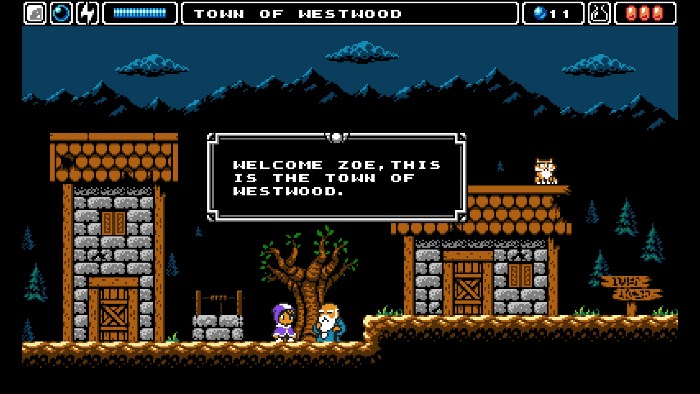 The game is based around the world of Alwa which has been enslaved by an evil wizard who has created a group of “Protectors” with great power to keep his reign in check. Just when all hope seemed lost, Zoe, our heroine, comes from another land to save the people from their cruel villain. She does this with a staff that gives her access to different magical powers which will help her defeat the evil dictatorship. 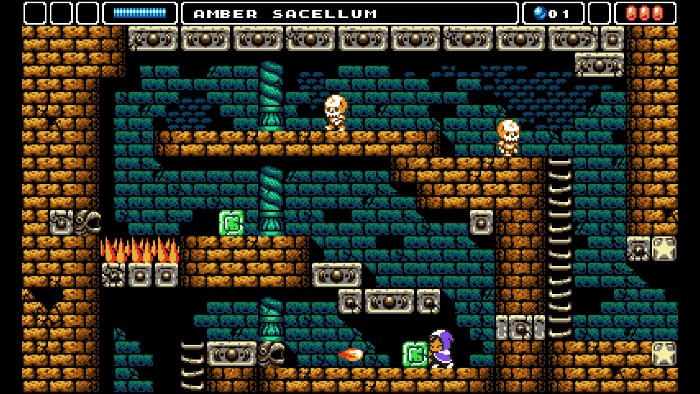 The game’s map is both enormous and small at the same time – allow me to elaborate on that. You end up in many dead ends because you don’t have the right spell at that time, which means you’ll need to explore around and solve many puzzles to find new spells that will continue to open the way for you. This can be a very enjoyable Metroidvania experience, but it can also be… a bit tedious at times. 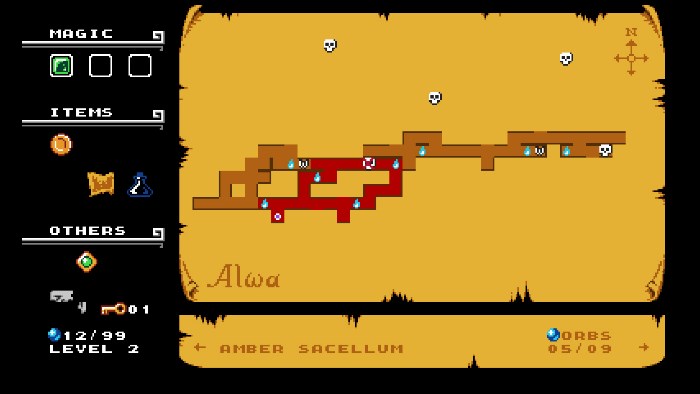 You see, there are few save spots in the map, usually before a boss room or scattered around each of the zones. And sometimes, you can be oh so close to reaching that last room, when you suddenly die for a variety of reasons. This means you’ll have to do everything all over again from the last save spot as you aim to clear the spot where you died so that you can, hopefully, make it past this time around to take on the deadly boss. 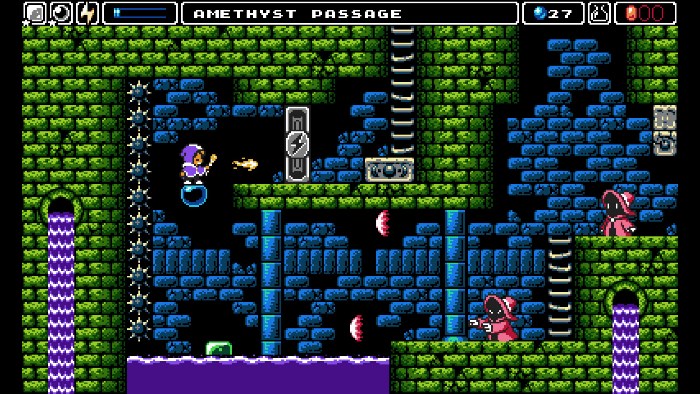 This, however, can be avoided thanks to the Assist Mode, where you re-spawn in the same room where you died, which makes it a much friendlier introduction to the genre than its classic counterparts. However, this may prove counter-productive as it can set you into a bottleneck of sorts that might force you to reload your game from the last save point because you’re not properly equipped to take on the challenge that killed you. Plus, you know, those that have been playing Metroidvanias since back in the day might feel that Assist Mode is sort of like cheating. 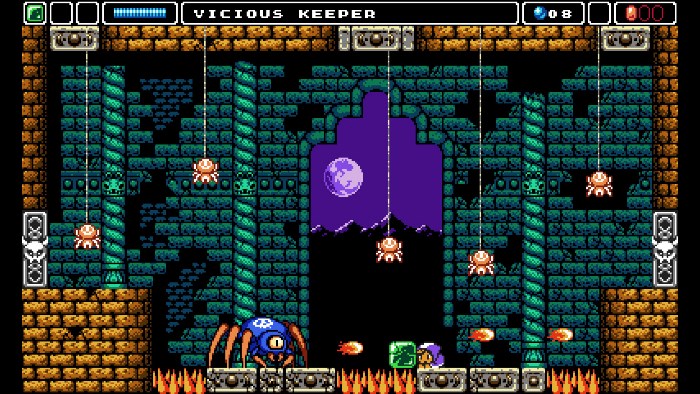 When taking everything into consideration, Alwa’s Awakening fits right into the genre and the gaming generation it tries to emulate. The music is charming and nostalgic, the sprites and backgrounds are colorful and detailed, and you’ll be having a lot of fun as you try to find all the secrets the game has to offer. It’s an enjoyable and pleasant experience with about 10 hours or so of content, so you should definitely pick up Alwa’s Awakening on Nintendo Switch!

Disclaimer
This Alwa’s Awakening review is based on a Nintendo Switch copy provided by Elden Pixels.