Fill-a-Pix: Phil’s Epic Adventure is a very fun game that pays homage to the beloved Picross series of games, with a twist. The story is simple: Phil has come back from his trip around the world, and he has visited many countries and taken a ton of great pictures with his special camera. Unfortunately, he can’t show us his snaps yet since he needs to get them developed. Phil asks us if we can develop the photos for him and complete the photo album. Phil used a black and white camera, which is why these puzzles will all be in black and white. 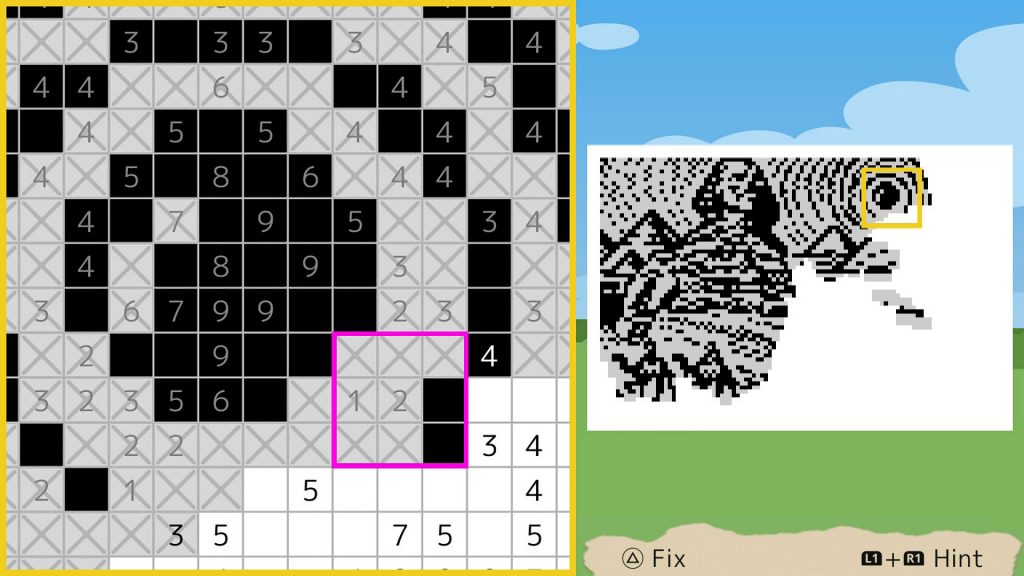 Once the tutorial section is over, you can dive into a puzzle, which are separated by country. You’ll get to see things from England, Mexico, Japan, France and more. While this is similar to Picross, it also reminded me at times of Minesweeper as well! You begin on a grid that is covered in numbers and blanks, and the numbers are between 0-9. In this case the numbers are grouped in blocks of nine – it makes more sense when you play the game. For example, if you have nine as the center number, that means that’s the number of squares that need to filled, so all nine are to be colored black! Blocks with a zero, on the other hand, are all white. You can imagine how different numbers for blocks of nine that overlap require that you pay a lot of attention to what you’re doing! 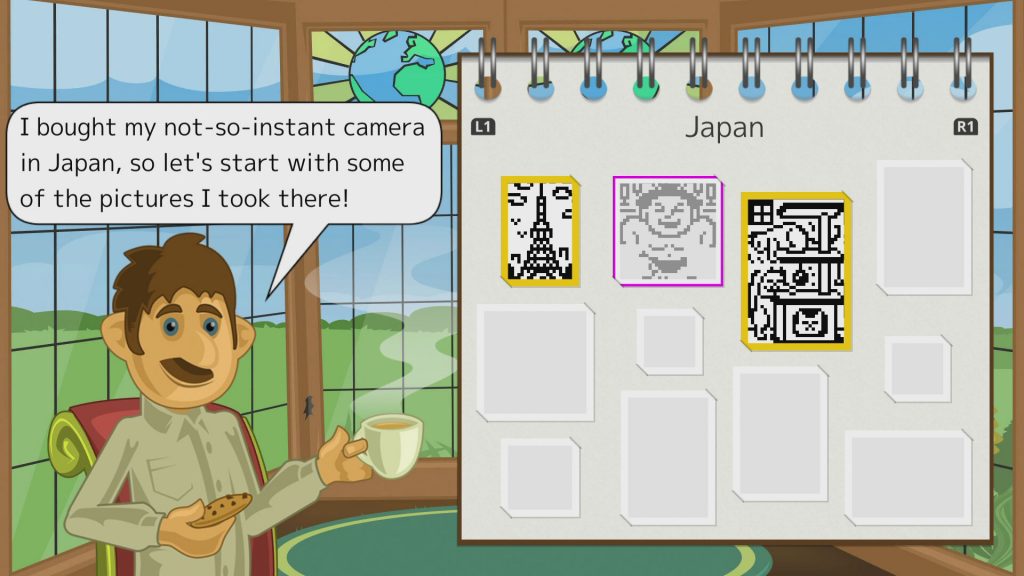 There is a hint system in place which you can trigger by holding down the L1 and R1 shoulder buttons, and the game will show you what moves to make. You can select to use the hint system or stay away from it, but having it available at your disposal means you won’t ever get stuck. As is usually the case for puzzle games, there is a trophy for not using hints in one puzzle from start to finish, so do keep that in mind while you fill areas and keep areas blank. If you make any mistakes, you can hit up the triangle button and the game will show you an error count and offer to fix them for you, but using the auto-fix will keep you from getting a nifty gold border around the photo that shows that you complete it without the auto-fix. 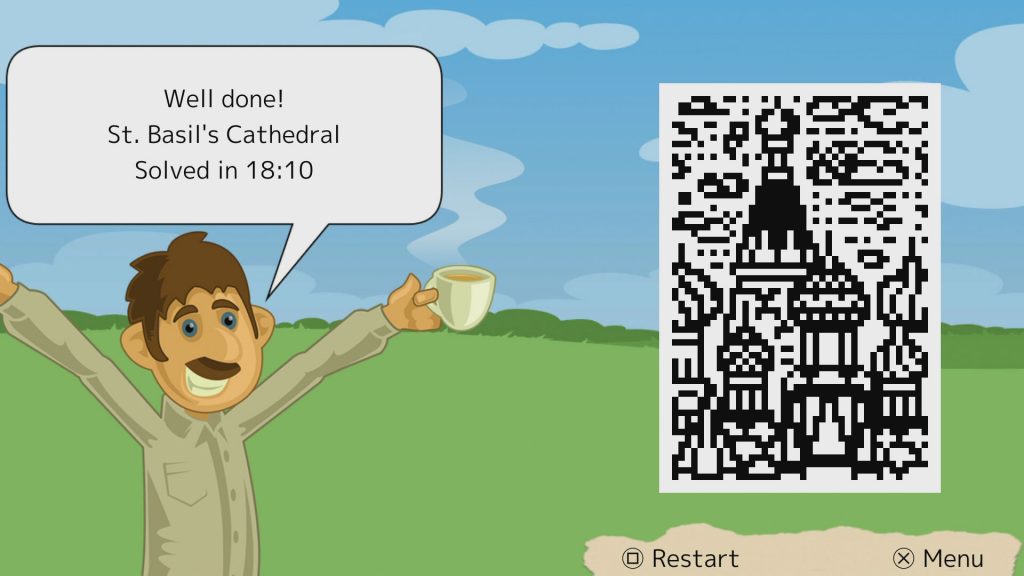 There are over 100 puzzles to complete from a huge variety of countries, and the larger size puzzles will take upward of around 25 minutes to complete, so there’s certainly dozens of hours needed to get your Platinum trophy for this one! Speaking of trophies, most are easy to get, except for one that asks that you speedrun a puzzle, which I managed to get with only 25 seconds to spare! It will be a long trophy run since there are a ton of puzzles to complete, and at half an hour or more for the bigger ones, it quickly adds up. 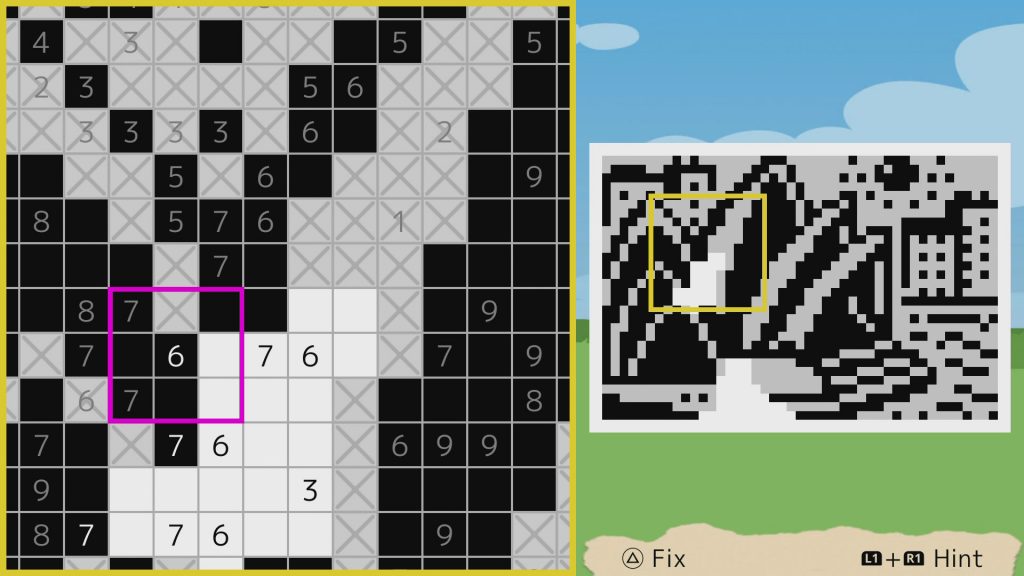 Fill-a-Pix: Phil’s Epic Adventure is a solid puzzle game on PlayStation 4 that does a lot of things right and not much wrong. I has a lot of content, mixes Picross with Minesweeper and adds some extra twists on top, and is a delight to play on PlayStation 4. If you’re into puzzles then you’re going to love this one as you try and solve the dozens of puzzles it has to offer. Download it today! 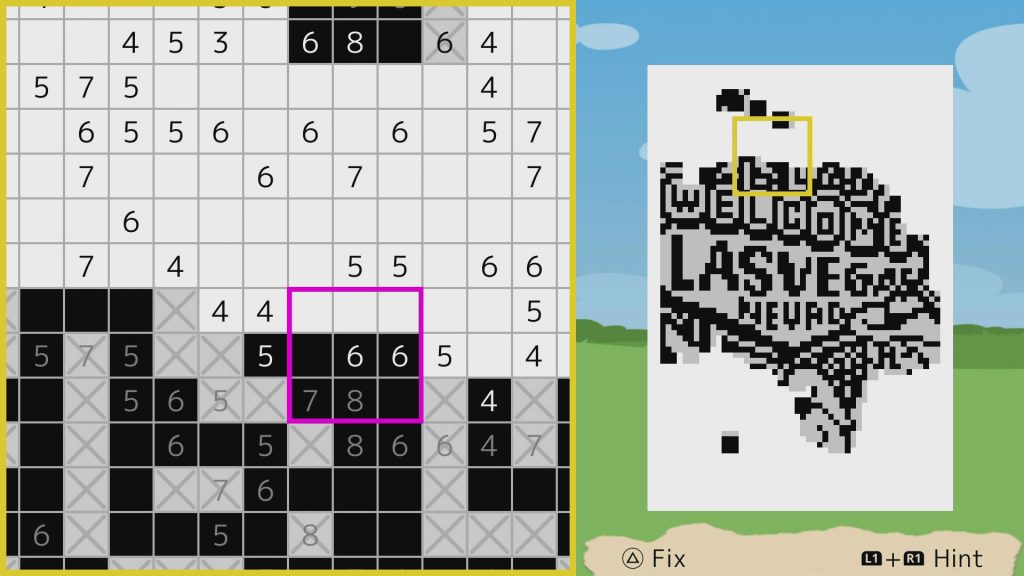 Disclaimer
This Fill-a-Pix: Phil’s Epic Adventure review is based on a PlayStation 4 copy provided by Lightwood Games.

Shadow of the Tomb Raider Out Now On PS4