Claybook is a simple yet interesting physics game where your blobs and the whole world is made out of clay. Learn more about by reading our Claybook review!


Like other physics game out there (I’m looking at you Goat Simulator), Claybook is not a game that has a story mode. Instead, you get a mode where you can explore different “books,” each containing a couple of chapters. At first, you can’t access all the books and chapters, as they gradually require more stars to be unlocked, which you get by completing earlier chapters. Each chapter has three objectives to complete (thus three stars per chapter), which you can do in multiple attempts depending on how feasible they are based on how you destroyed your playground. 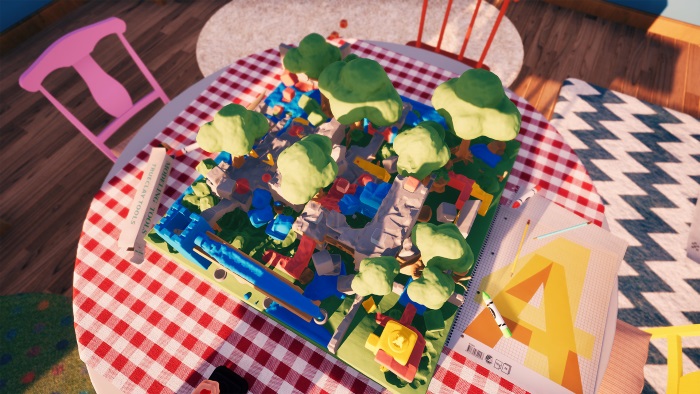 When you start a chapter, you’ll be in control of a clay blob, and controlling it is pretty much all about shifting your left stick towards where you want to go. Scattered throughout the levels will be other blobs that you’ll be able to shift to with the square button. Different blobs with different shapes like cubes, balls, donuts and such, will all make the experience a bit different because of the way they move around the place. Certain types of blobs also give you the possibility to change shape, so you can morph them around to better fit your needs.

There are two other things you’ll be able to do that add a bit of variety to just moving your blob around. With the press of R2, you’ll be able to carve in the clay that’s in front of you to make it disappear. This will prove useful for instance if you need to create a new path for some liquid clay. The other one is called the stamping, which is done this time with L2. This will create a “stamp,” a copy of yourself in the place you are, and then rewind your actual self back in time. So if you carved a bridge out, with a bit of tinkering, you should be able to build one back!


Apart from the books mode, you’ll also be able to enter a sandbox mode (or should it be claybox?) to basically play around and just have fun with the physics of the game. And if creativity is your thing, there’s also an editor that will give you the possibility to create books and chapters that you’ll be able to share with the community (oh, and this part is cross-platform !!!!). 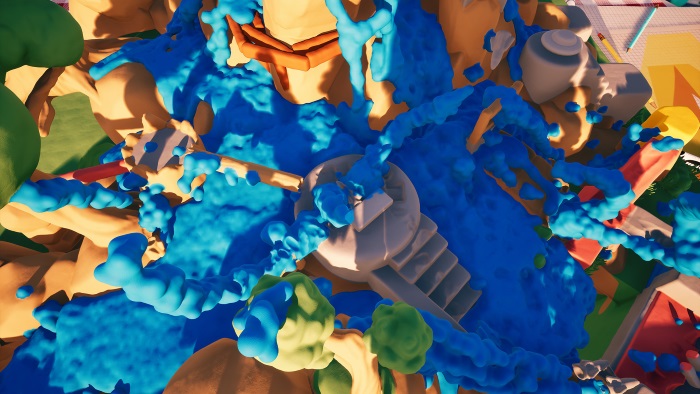 Although the world is limited in terms of environment and setup, the visuals and handling of the clay in this game are pretty impressive to look at. The way it carves the clay around your blob, with the spots of color on your blob from clay you rolled over, all seem pretty real. The physics handling is also well implemented, not over-exaggerated or goofy like in Goat Simulator.

For some casual Sunday afternoon gaming or with kids, this is a nice and enjoyable game. It’s not the kind of game to look for if you want some depth though. Once you’ve got the pattern of moving your blob, it’s pretty much the same all over again in different levels. The addition of a sandbox and a level creator are nice features that could extend your time with the game, since otherwise, it’s a short game that could be completed in a couple of hours at most.


Of course, if you’re into competitive things, there’s always the leaderboard for each chapter that you can give a shot to have the best time in the community. Since I’m not really into this or into the creative side, my time with the game ended up pretty much at the end of the books, but I can definitely see some replay value for some. 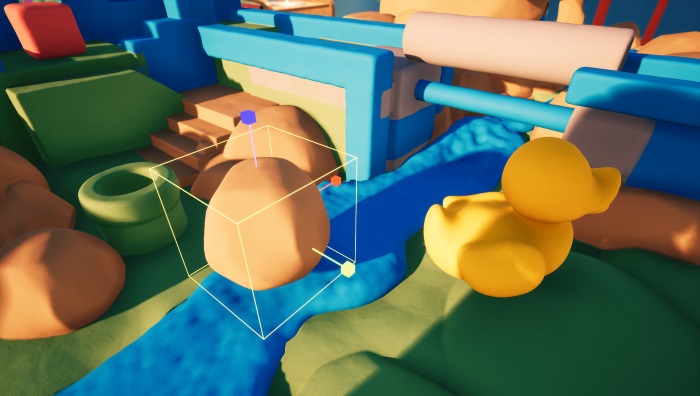 And from a trophy perspective, those couple of hours spent with the game should be more than enough to get 100% completion (sorry, no platinum here). Most of them are miscellaneous stuff that you can do pretty much any time you want since you can replay the chapters.

Final Thoughts
Developer Second Order have come up with something that’s really impressive for an in-house developed technology for the physics handling of the clay. This game might feel more like an extended tech demo to some, but for a couple of bucks, it’ll be worth playing. And hopefully, the future will give us a more complete game that makes use of that technology, which could surely provide a whole lot of fun.

Disclaimer
This Claybook review is based on a PlayStation 4 copy provided by Second Order.

PlayStation Classic Is Most Certainly A Thing