As you can tell from the game’s trailer, and from the screens in this review, Ultra Space Battle Brawl has a look that could probably best be described as a mix of the Muppets and the Simpsons, if they were being drawn by Japanese artists. The Simpsons’ is even more apparent when looking at the character’s big portraits in the main menu, and once you dive into the game proper you’ll get that Muppets feel. 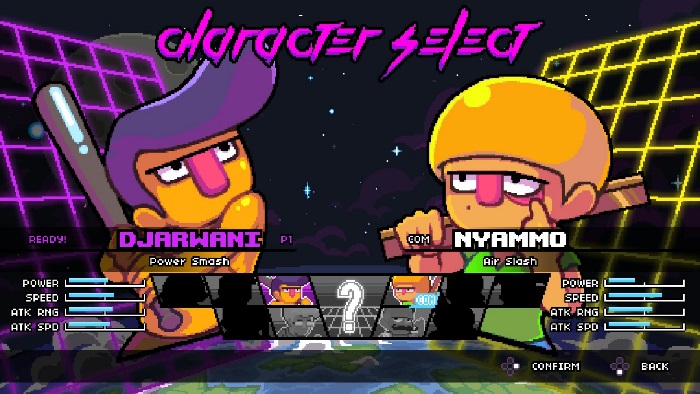 What’s the gameplay like? Well, as I mentioned before, this one takes inspiration from what was the first video game of many people: pong. You control your character with the left analog stick, dash with the B button, and hit a ball with the Y button as you try to defeat your opponent. How do you do this? By hitting his/her minions, the little blog things that look a bit like your character, so that you can have a clear shot at their crystal. Once the crystal is exposed, a handful of hits will deplete its hit points, and you can claim one game out of that set. Each character has a special bar under its health bar, and once it’s full you can press the A button to activate it – every character does something different so be sure to try them out! 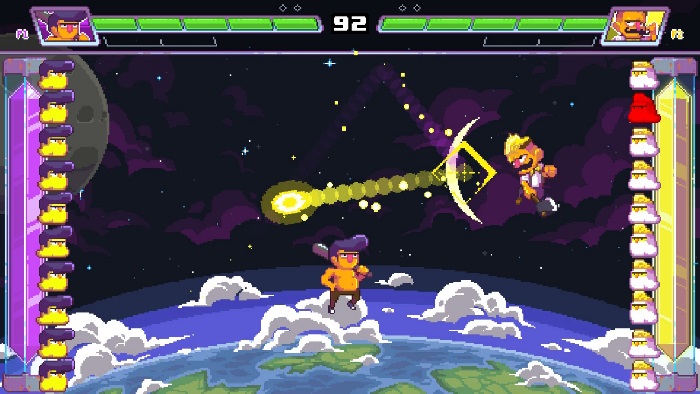 Each of the characters also has different stats, so you should definitely check all of them out so that you can find which one best suits your playing style. And if, for some reason, you find yourself in a losing streak, changing to a different character might be exactly what you need to get a new push to try and come on top!


Stages have different layouts for how the minions are setup to defend the crystal, as well as having crystals of different sizes. One stage might have a line of minions in front of a very large but thin crystal, while in another one the minions could be surrounding a smaller but chunkier crystal in the middle of your half of the screen, circling around it. And then there’s another stage where you have to defend your two crystals while trying to get a good shot at the two crystals of your opponent. 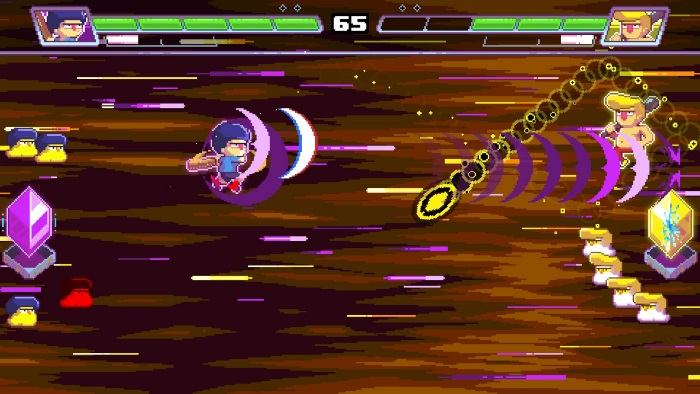 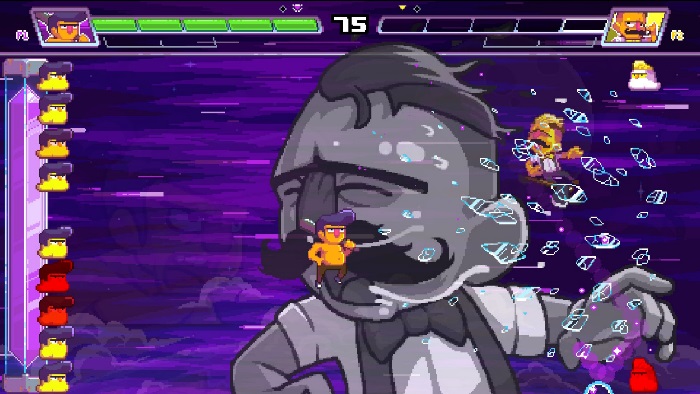 The game offers a Story Mode as well as a Versus Mode. Story Mode is what you’d expect from an old-school fighting game, with short dialogue blurbs here and there between each of the battles you will take on, throwing a bonus stage in the middle of it in which you need to hit all minions as they pop up before they flash out and disappear. Versus allows up to four players to take on the fast-paced action, and the more people you have to play this one, the better the time you will have. 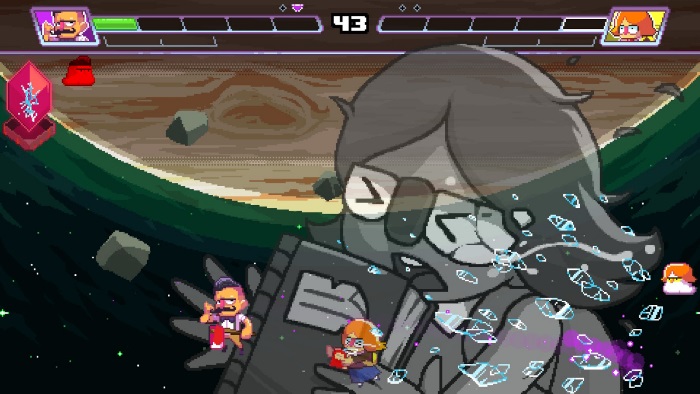 Ultra Space Battle Brawl is a fun and fast-paced game that does seem tailored for multiplayer sessions as you try to keep up with the action. The satisfaction of nailing that final shot that manages to go past your opponent and towards his/her crystal for the win is a very addictive feeling, and it’s something that will keep you coming back for more. 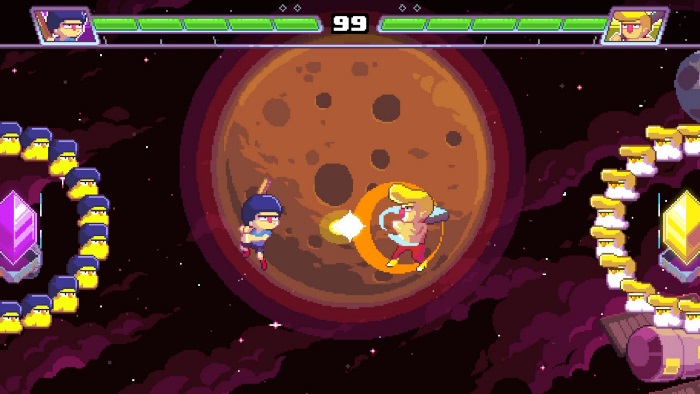 Disclaimer
This Ultra Space Battle Brawl review is based on a Nintendo Switch copy provided by Toge Productions.