Tin Man Games took to Kickstarter back in 2015 to try and secure the funding needed to bring the classic The Warlock of Firetop Mountain book into a new digital form, a reimagining if you will. Thanks to the support of over 1,000 backers, the team managed to reach its main funding goal, as well as some extra stretch goals to improve on the game and to provide it with more content. And now here we are in 2018 playing the game in its new state as The Warlock of Firetop Mountain: Goblin Scourge Edition on Nintendo Switch, with three new adventurers thrown into the mix. 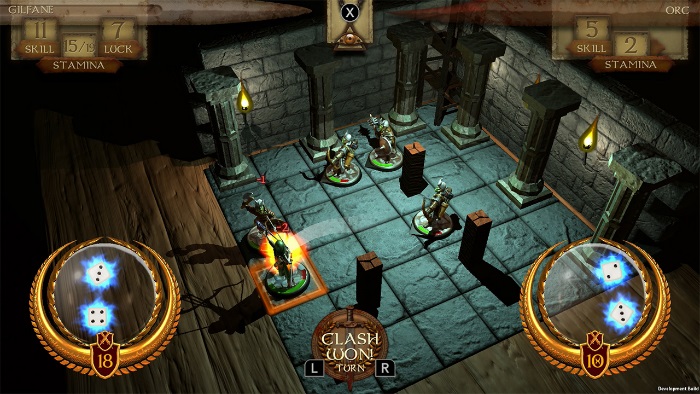 After a minute long loading sequence, during which you’ll get to see some of the art used for the original book release, you will be ready to start your adventure. An interesting thing is that before you begin your quest, you’ll be offered the option of using the Warlock-themed font for the game or use a dyslexic-friendly font that might help some players have a better time reading during their time with this release. You can also change the font size and the line spacing, which are great options so that all players can enjoy the game without having to squint to read what is going on. 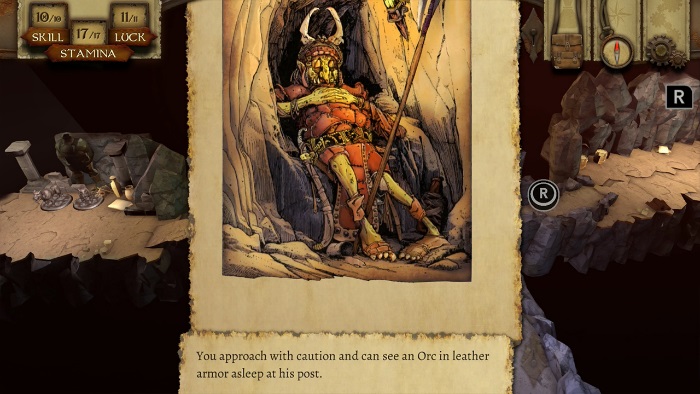 This is great because, thanks to the source material, you’re going to be doing a lot of reading as you play the game! Your first step will be to select one of the available figurines as your hero. Each has different Stamina, Skill and Luck stats, as well as its own attacks and attributes, so choose wisely! At first, you only have four adventurers from which to select, but as you play the game you’ll be able to secure souls for your actions, which can be used to purchase the other fourteen (yes, fourteen!) extra characters.


The game will then kindly send you into a short tutorial so that you can learn the basics of fighting, which is a must since during your adventure you will run into different types of enemies with skills and abilities of their own, and knowing what to expect and how to deal with them is very important – at least if you want to have a proper shot at completing this adventure! Your first battle will be against some Quintains, which present enough of a challenge to get the hang of things. 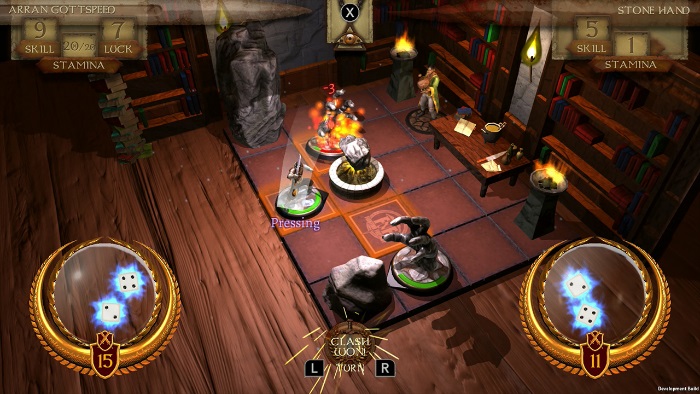 In combat, you can select either to move or to attack by selecting a space. Once you’ve selected your action, both you and your opponent will simultaneously play your moves. Your first instinct might be to attack an enemy head-on but be sure to reconsider this since sometimes it is best if you move out of the way to better plan your attack for the next turn. Why? Because if both you and your enemy attack each other at the same time, you will clash, and whoever has the most Skill will be the one who deals the damage. The roll of the dice will help to decide who prevails and who is destined to fail. Your hero also has access to special attacks, and these will certainly come in handy when you’re up against more than one enemy, or when you’re facing a foe that is more powerful than the usual fare of monsters you will face. 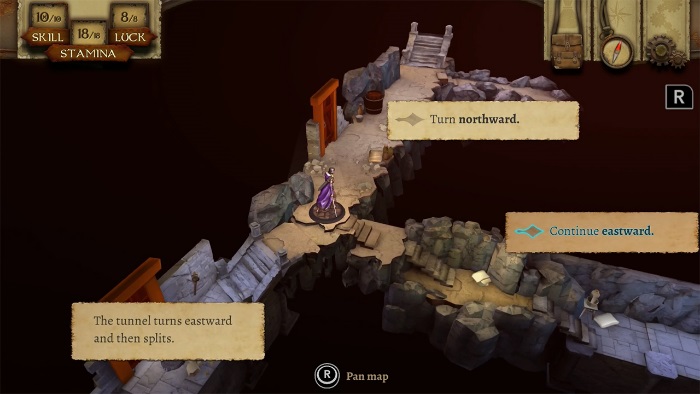 As you explore, you should be on the lookout for benches where you can sit to restore your Stamina. Stamina is very important since if you run out of it, then your adventure is over. Provisions can also help you recover Stamina, but they do tend to be put to better use when you consume them while resting at a bench, so be sure you don’t forget that so that you can always have as much Stamina as possible for your character at all times. Luckily, death is not the end, since you can use one of the three resurrection stones you get at the start of your run to revive your hero to respawn at the last bench you passed. You will, unfortunately, lose any souls you had gained between when you visited said bench and when you died, but it’s a small price to pay, right?


This one features an in-game achievement system, and due to the game’s nature, I won’t spoil what you have to do to get them… but I will mention the names of some of them so that fans of the book can start to get an idea of what there is to do! There’s Aard Work, Enjoy the View, Kill Jester, Zagor’s Finest, AB Positively Refreshing, Ashra the Ever-Living, Ask Questions Later, Be more Specific, Building a Better Warlock, Domino Effect, Dwarven Discovery, Dust to Dust and Allasian Doll, to name only a few examples of the long list of in-game achievements. 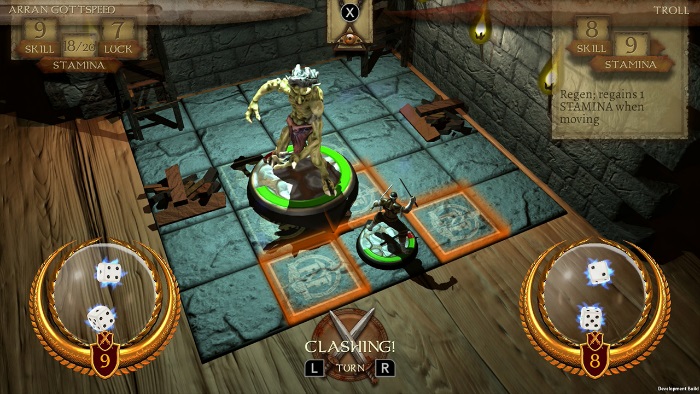 And under the Extras menu there is also an art gallery where you’ll unlock some very nice pieces of artwork, the option to look at the realm’s map, a nice section with a bit of history on the Fighting Fantasy range of choose your own adventure books, as well as a timeline of all the releases in the franchise – did you know that The Warlock of Firetop Mountain was released way back in 1982? The final option is for the credits, both for those who worked on the games, as well as for the people who helped to make the game a reality by way of its Kickstarter campaign. 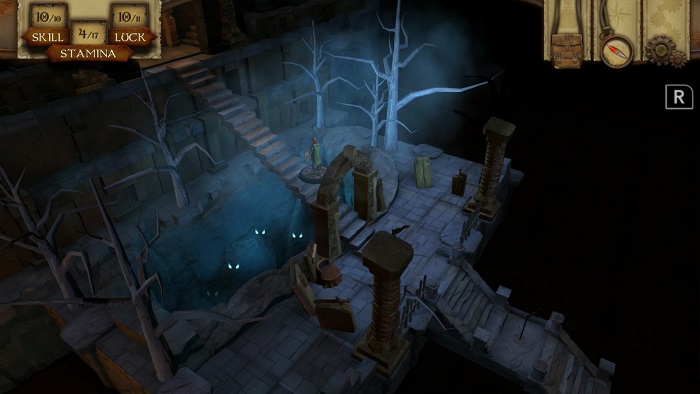 The Warlock of Firetop Mountain: Goblin Scourge Edition is a great digital take on the great classic that Steve Jackson and Ian Livingstone gave to us all those years ago. As someone who grew up playing a ton of choose your own adventure books, it’s been great getting a chance to experience this particular story in what feels like a 3D board game come to life with fun turn-based battle mechanics in a release that both pays homage to the source material while doing its own thing. Doing different runs with new characters with different stats and skills, while making different choices or trying to find new secrets greatly increases the replay value for this game, making it a must-have for fans of the Fighting Fantasy series and of single-player board games. Be sure to get this one today on Nintendo Switch!

Disclaimer
This The Warlock of Firetop Mountain: Goblin Scourge Edition review is based on a Nintendo Switch copy provided by Tin Man Games.

This Is the Police 2 Out Now On PS4