Miles & Kilo from Four Hourses is a colorful and fun 2D platfomer that is a lot of fun. Find out why in our Miles & Kilo review!


Miles & Kilo starts with the titular duo riding on an airplane during a dangerous storm. You end up flying off from your initially set course, and fly over a cursed island. “Ripple’s Archipielago of Fun,” says a black floating entity with a pinkish glow who, as you probably guess, is named Ripple. Lighting hits your airplane, and down you go, crashing onto the island. Kilo wakes up Miles, who is laying on the ground, and the two set out to find a way to escape their current predicament, which is made even worse when a bunch of monsters teardown your plane and escape with the pieces. 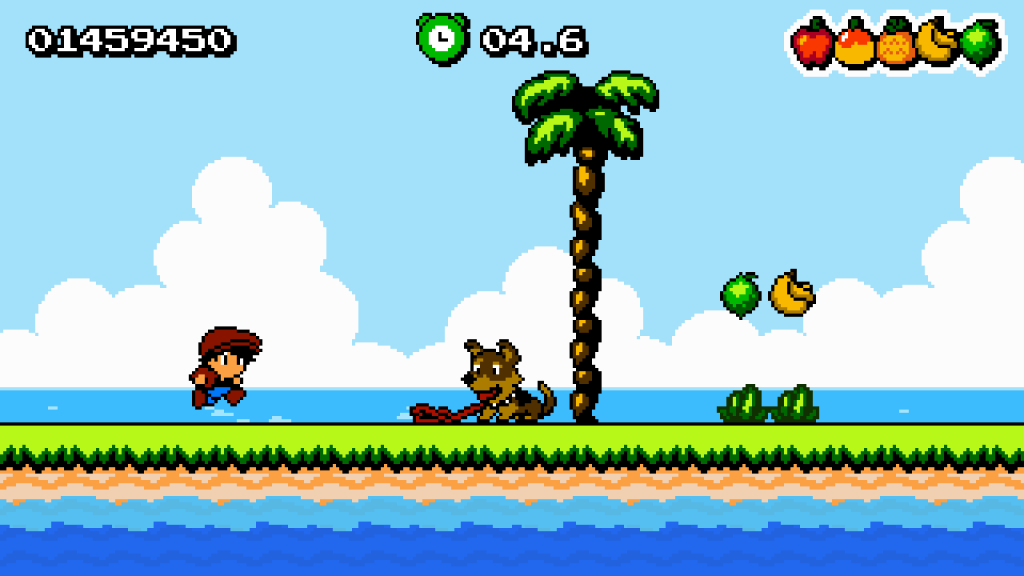 For this one you’ll only need to, for the most part, worry about running and jumping, as well as using the action button to throw fruit at enemies. You can run with the left analog stick, and can jump with the B button. If you hold down the B button, then you’ll be able to jump a bit higher. Landing on enemies will allow you to bounce of them, and doing this while holding down the B button will allow you yo bounce higher. The Y button will be used to throw fruit, with an animation that reminded me of the great Adventure Island series. The Y button can also be used to slide near narrow passages, as well as to punch your way through walls. 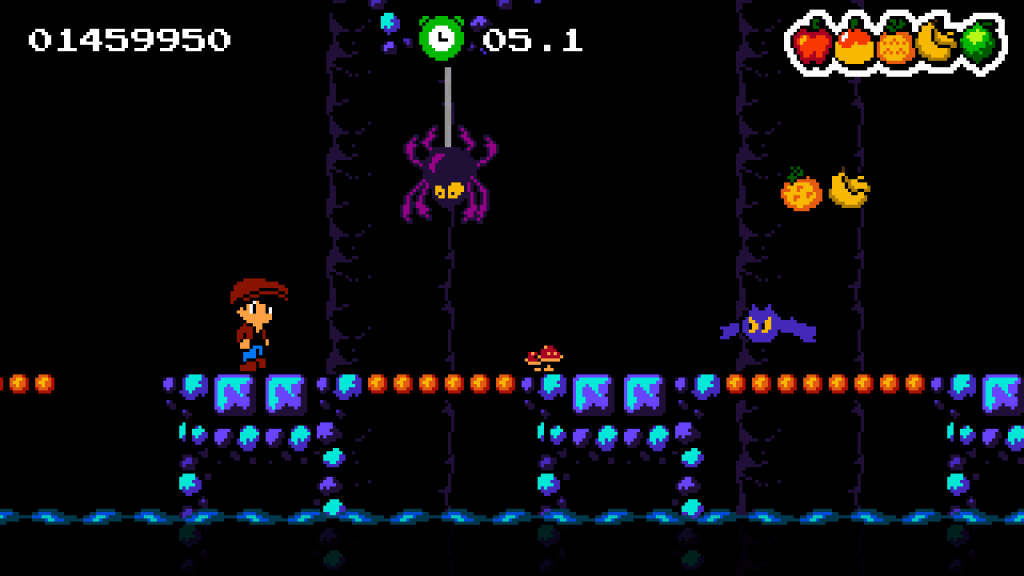 When you find your dog Kilo, the game will turn into an autorunner, so you will need to make sure that you use Kilo’s somersault to destroy barriers, as well as to attack nearby enemies, which will in turn allow you to dash towards them to usually clear a gap or two in your path. Since Kilo won’t stop for anything, these sections will be a bit trickier than the regular sections you take on as Miles. 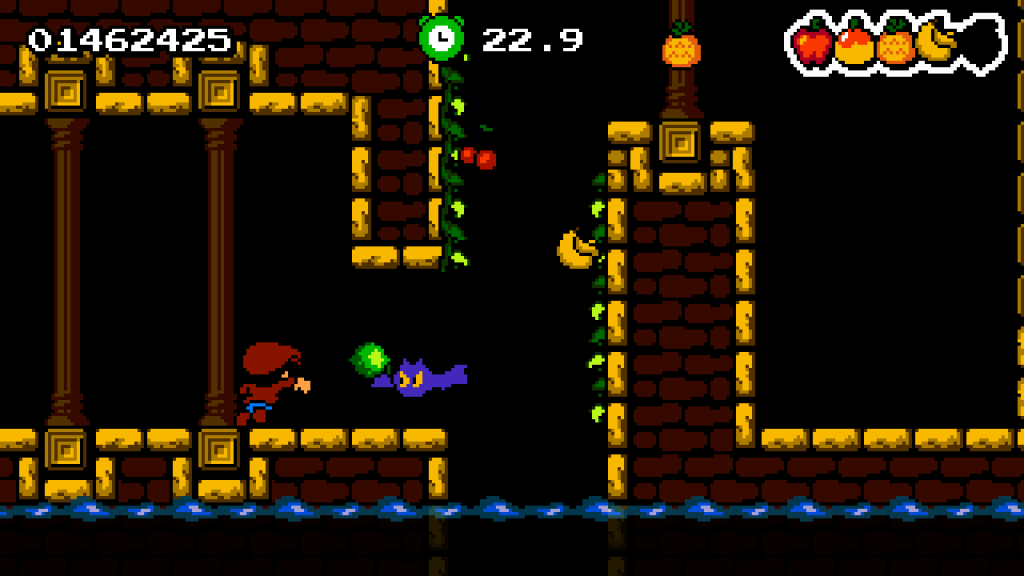 Along with battling the enemies you find in a stage, as well as avoiding the hazards you will find, there are also some fun boss battles to take on. These will certainly test your skills since you’ll be running around, jumping to avoid a boss’ attacks and the hazards on the boss stage, while also trying to deal some damage to the boss and, you know, staying alive and in one piece. 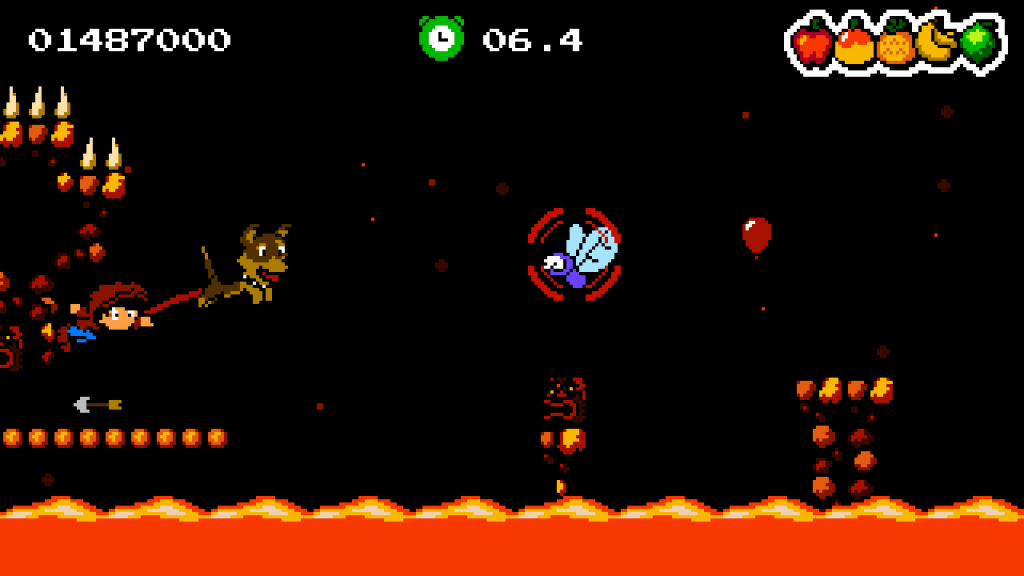 Miles & Kilo features a list of in-game achievements to unlock, for things such as beating each of the available worlds, completing a time attack with less than 10 deaths, collecting all coins in every level (yes, all of them), earning an S-rank on all stages (ditto), beating a level in time attack mode without dying, completing a stage without throwing any fruit, running a total of 50 kilometers, and more. 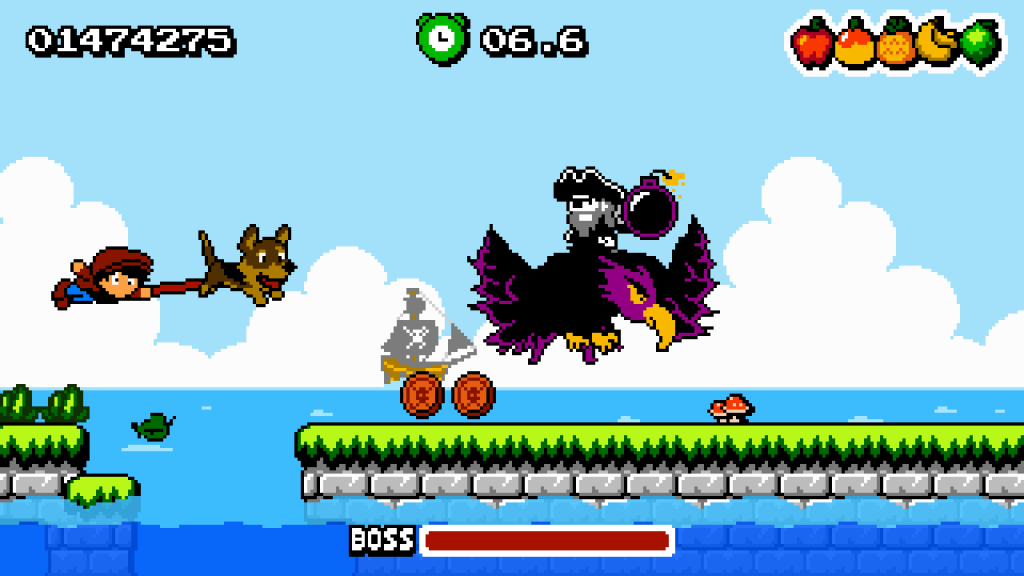 If you’re looking for a fun, colorful and challenging minimalist platformer, then you should check out Miles & Kilo. The option to play it as a platformer instead of as an auto-runner right from the start is a welcome addition, but if you’re a big fan of the auto-runner genre, then you can also go into the options menu and trigger that choice!

Disclaimer
This Miles & Kilo review is based on a Nintendo Switch copy provided by Four Hourses.

Shadows: Awakening Out Now On PS4