The bee we play as in this game is named Beekyr, hence the name of the game. He seeks revenge after his hive was ransacked and his pollen and honey got stolen. Beekyr sets off on a mission of revenge in which he will be fighting against all kinds of insects, from flying to ground-based creepy crawlies. If it moves or flies, it’s definitely going to be in big trouble! 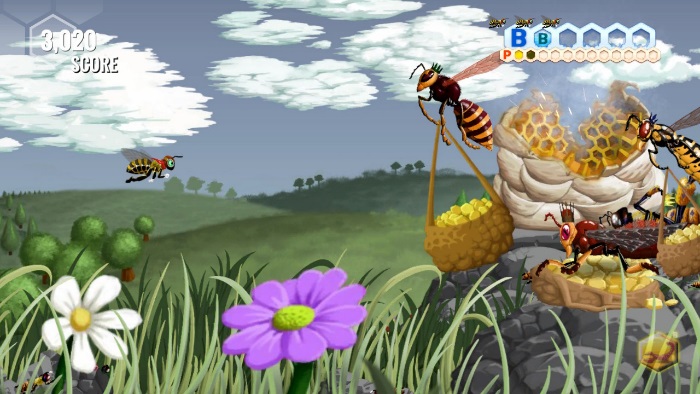 As the classics in the genre from back in the day, the game is score based, and to increase your score in a level there are hidden objects dotted around that will bump up your total. Once you beat the game you can unlock a secret character to play in a second playthrough, so there’s some extra replay value for this one, especially if you would like to try and beat your high score. 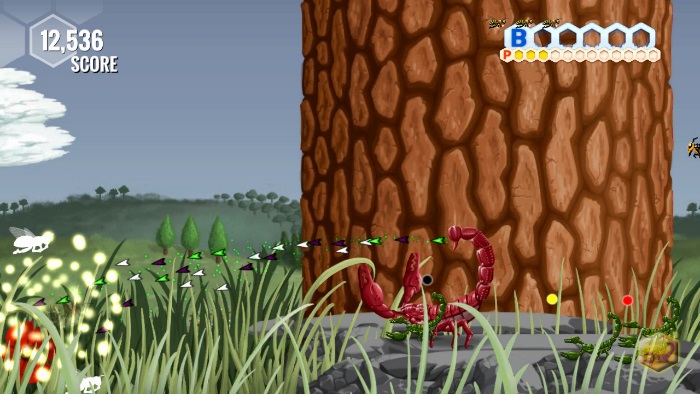 The game changes between the usual 2D sidescrolling shoot ‘em up setup we are used to, and a vertical top-down look, changing the pace of things. If you’re a fan of the genre, the regular sidescrolling sections will make you feel right at home, while the vertical sections change how you approach the game while you try to stay alive and kill everything that dares to enter your path. 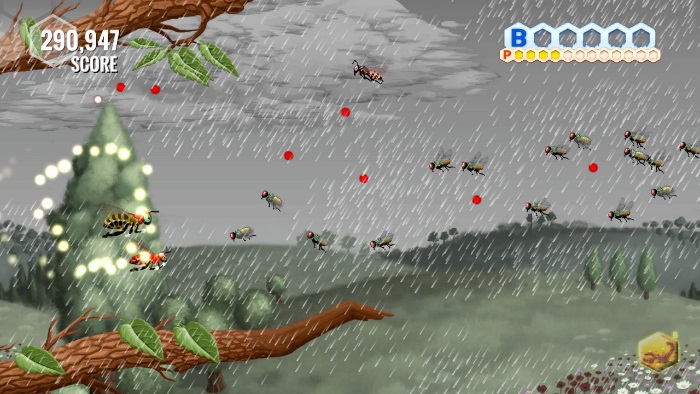 The difficulty of the game is decently balanced, and the steady increase as you progress is introduced at a nice pace without feeling overwhelming. The game is a short one, as was the case for the old-school shoot ‘em up release we grew up playing way back when, so you can probably finish it in an hour or so depending on your skill. There are some paths to secret areas you can find if you want to 100% the game, so if you’re that type of gamer your total time with the game will be higher. 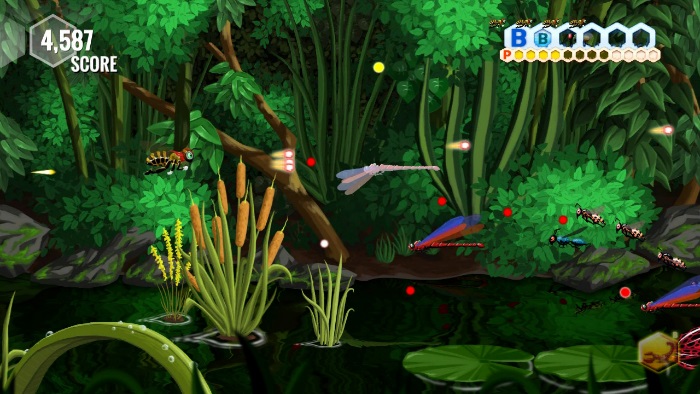 If you want to increase your overall score, you should pay attention to the special objects you can shoot, and defeat every single enemy that you find. You can also get a score multiplier for killing enemies in quick succession, and the bigger your chain the bigger the point bonus you will get. If you earn enough points you will be rewarded with an extra life which will certainly help you to finish the game. 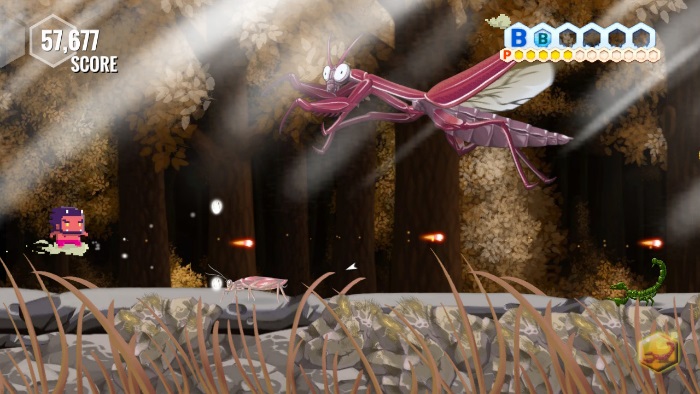 Beekyr Reloaded is a fun and to the point shoot ‘em up with a solid art style and a soundtrack that matches the action. It’s a very colorful release where you will fly all over the place as you destroy anything foolish enough to stand in your way, traversing backdrops full of grass, trees, branches and more – the stuff you’d expect to find when going outdoors to a park. Check out Beekyr Reloaded from Kaleido Games and Akaoni Studio on Nintendo Switch!

Disclaimer
This Beekyr Reloaded review is based on a Nintendo Switch copy provided by Akaoni Studio.