The game from Awesome Games Studio formerly known as The Badass Hero has now changed its name to Fury Unleashed, and will be hitting PS4 and Nintendo Switch in 2019. Come check it out!


Fury Unleashed is a rogue-lite action-platformer set in a comic book universe. Experience fast-paced hit-and-run gameplay and never do the same thing twice, thanks to procedurally generated levels and random items – all in highly refined, modern, hi-res 2D art.

Somehow, chaos has entered the comic book multiverse and your whole world has gone nuts! That’s how your story starts: you come from a long-gone era and were once a great hero, but now things have gone bad – your powers have been lost! Your quest is simple, yet deadly: you need to write your story anew and relive your greatest accomplishments. Order will be restored if, and only if, you prove that you are the most furious among the heroes out there.

Your guns are your best friends, and ink is the new gold – collect it from defeated enemies to upgrade your hero. The more dynamic and forceful your play style, the greater the rewards! There is always a cost, though. Stay focused at all times or you will die sooner than you think.

Oh, and keep an eye on those secret rooms, as what you find there might be quite a surprise. Even for such a tough fighter as yourself. 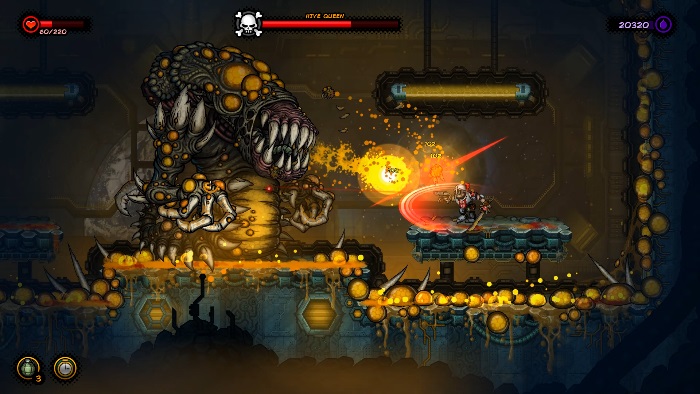 Comic book setting – dive into a comic book reality with Metal Slug inspired visuals.
Platform action with 360° shooting – jump, dash, shoot, slash and blow things up like someone who really wants to unleash their fury!
Procedurally generated levels – you will never know what waits for you around the corner.
Customizable character – shoot as a male, exterminate enemies as a female, take advantage of the Steam Workshop and make the hero your own.
Permadeath with character progression – you will keep the collected ink, even if you die.
Three unique comic book stories to play through:
– Face the Evil God in Awakening of the Ancient Gods!
– Defeat the Nazis in Operation Crimson Dusk!
– Defend the Earth from alien invasion in Earth’s Last Stand!
Lots of game-changing items and weapons – wreak havoc on your enemies with shotguns, machine guns, rocket launchers, and more. Don’t forget about defense either – choose the best armor possible!
Secret rooms to discover, adding yet another layer to your comic book multiverse.
Captivating soundtrack composed by Adam Skorupa and Krzysztof Wierzynkiewicz, the creators of tracks for The Witcher and Shadow Warrior 2. 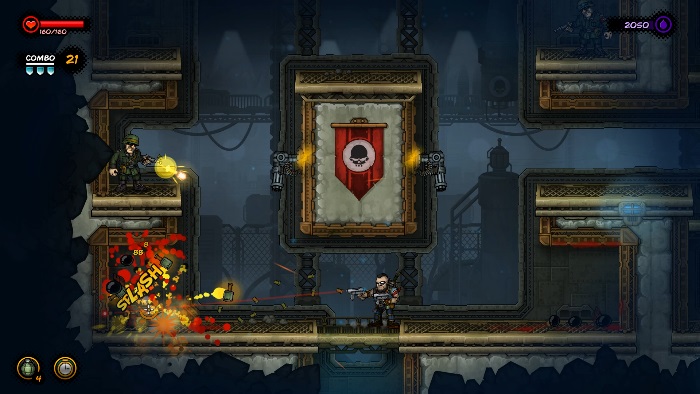 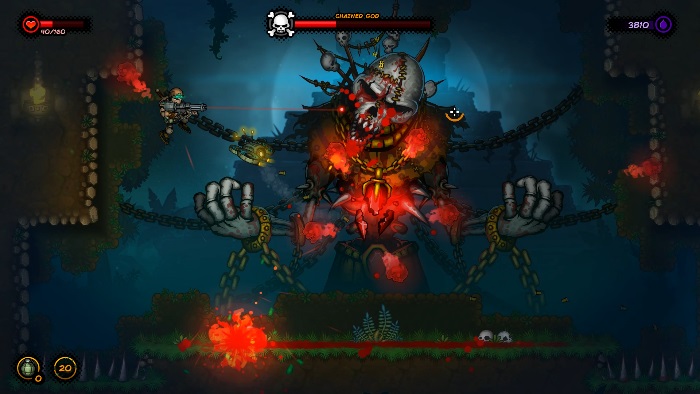 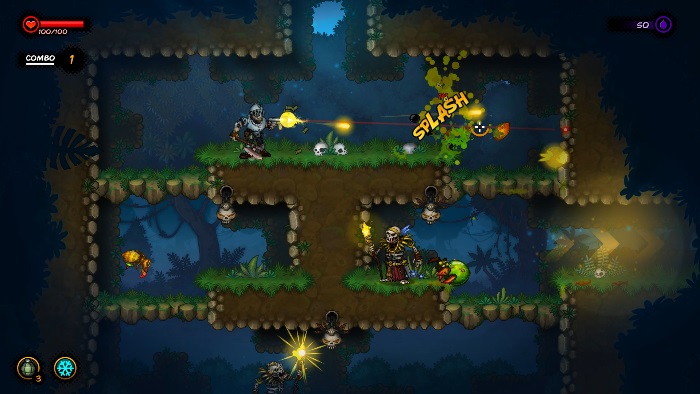