We’ll be working on a review for Claws of Furry, so I got in touch with Terahard to talk about the game’s development for its PS4 and Nintendo Switch release. Come check it out!

PS4Blog: Good morning! Thank you for joining us today. Could you please get us going by introducing yourself to our readers?

Good morning to you too! My name is Aris Tsevrenis, and I am the Director of Terahard ltd. Terahard was formed in November 2012, and it was a long dream of mine to start a game studio.

PS4B: Claws of Furry is making its way to PS4 and Nintendo Switch next month. How would you describe the game to someone who’s never heard about it?

Well, I have to add on this that Claws of Furry will also be released on Steam for PC and Xbox One! Claws of Furry is a beat’ em up 2D action platformer that can be played with up to four friends on a couch. The hero is a ninja-cat (or ninja-cats in local co-op mode!) out on a mission to rescue Master, fighting against rats, dogs, and evil crocodiles! Basically, it is a 2018 co-op game with solid influences from classic 1990’s arcade games like Double Dragon and Teenage Mutant Ninja Turtles. 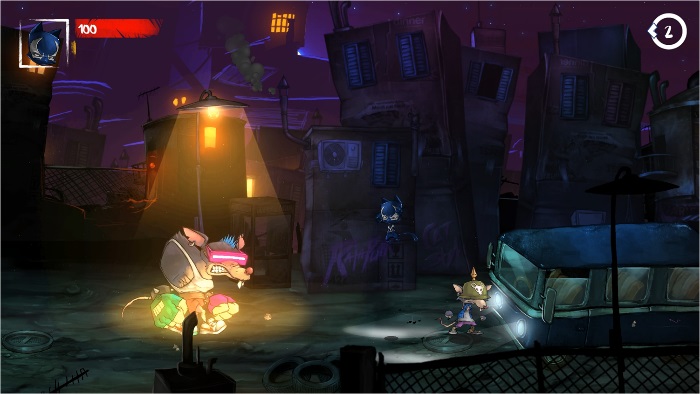 PS4B: Why make a beat ’em up? What is it about the genre that drew you to work on this project?

To be honest, we always wanted to make a beat’em up. The idea of a game that can be played with friends on a couch like we used to do ourselves back in the 1990’s, led us to this. I must say we spent days playing old beat’em up games for research, and that process convinced us that this is exactly what we wanted to do. 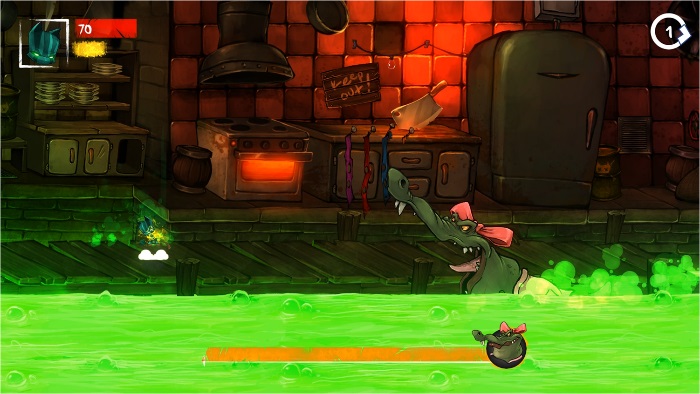 PS4B: Are you considering developing any additional stages, enemies, bosses or modes to release as free or paid DLC for the game, or do you feel that the game is just right as is?

The game has a complete storyline and gameplay with depth. Players can choose from several game modes, from Pussycat to Rogue-lite, and can develop skills, unlock new costumes, and more! But yes, we do have two new DLC packs in mind that we’d love to make and offer them to players for free. We have lots of ideas for new enemies, new chapters and a continuation of the story. Hopefully players will enjoy the game, and we will get the opportunity to add even more content. 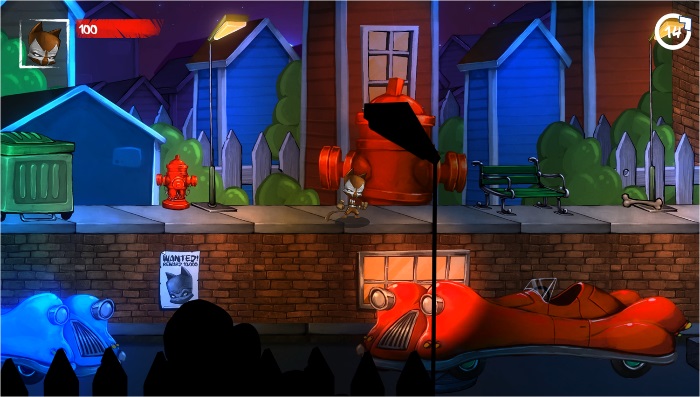 PS4B: Once again, thank you for doing this interview. Is there something else you’d like to add?

I thank you! Yes, I would like to thank everyone that helped on this project and made it come to life. If you’d like to keep updated with all the latest from the studio, you can follow us on Twitter and you can also follow the game.