Yakuza Kiwami 2 is the full-fledged remake from Sega for the second entry in the long-running and beloved series, and it’s now available on PlayStation 4. Learn more about it in our Yakuza Kiwami 2 review!

Yakuza 2 was originally released for the PlayStation 2 way back in 2006 in Japan, later making its way to North America in 2008. We’ve already gotten a Yakuza 0 prequel story, the remake of the first entry in Yakuza Kiwami, and the sixth entry of the series on PlayStation 4, and we’ll also be getting HD ports for Yakuza 3, 4 and 5, which were released on the PlayStation 3. That trio won’t see a big benefit from the jump to PlayStation 4 as we’re seeing with the first two Yakuza games, but they will definitely be a welcome addition to our gaming collection since we’ll have the entry series from start to finish, all available in one place.

The game starts as Kiryu and Haruka Sawamura, a young girl who is under his care after the events of the first Yakuza game – she calls her uncle but he has basically taken over as the father figure in her life. She wakes Kiryu up and shows him a large flower arrangement which they both take to the cemetery where Yumi Sawamura, Haruka’s mother, has been buried for a year now. They also visit the graves of Nishiki – Akira Nishikiyama – a former member of the Dojima who in the previous game ended up leading the Nishikiyama Family, and of Shintaro Kazama, former captain of the Dojima Family and leader of the Kazama Family. If you haven’t played the previous entry, the game offers you the chance to remember the events from a year prior. 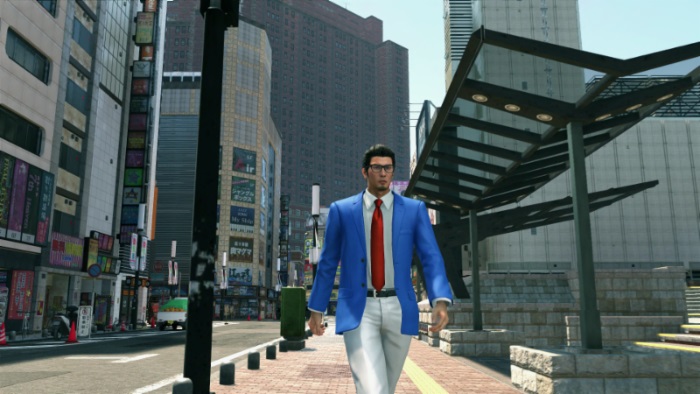 Yakuza Kiwami 2, therefore, takes place a year after the story from the first Yakuza game, and it follows Kazuma Kiryu, as he is brought back into the middle of a major conflict that could set out a war between the Tojo Clan and the Omi Alliance. Kazuma Kiryu, who is known as the Dragon of Kojima, will end up battling Ryuji Goda, the son of the Dragon of Kansai, who won’t stop until he sees the blood running through the streets. As for the event that brings Kiryu back from retirement? The Omi Alliance is a crazy bunch, and decides to send a hit squad to kill Yukio Terada, the Tojo Clan’s Fifth Chairman, while he is visiting the same cemetery as Kiryu.

The game will then give you short tutorial battle so that you can learn the basics of the game. Your main attack is set to the Square button, and you can use this to land a four hit quick combo. By using the Square and Triangle buttons you can get a combo with a finisher to deal some extra damage and work on your crowd control efforts. The L1 button is for blocking, and since most of the time you’ll be battling against more than one enemy, you should also make good use of the X button to evade attacks – by blocking and evading you’ll be able to stay one step ahead of your opponents as you get ready to counterattack. If you want to focus on one enemy, you can do so with the R1 button as you circle around him so that you’re not caught by surprise. 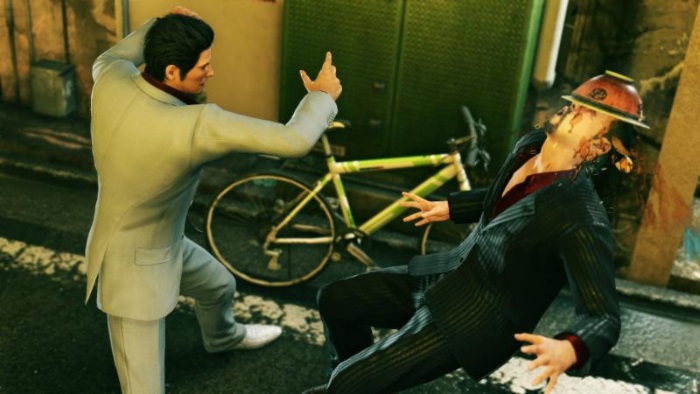 After this tutorial battle, one of the hitmen manages to get the upper hand and takes aim at Kiryu, but Terada jumps in front of him and takes the shot to keep Kazuma out of harm’s way. The wound is fatal, but before dying, Terada asks you to take a package to the Chairman of the Omi Alliance before it is too late. The acting Chairman of the Dojo Clan decides, even against the wishes of other members of the organization, to command Kiryu to deliver the document to the Omi Alliance to try and stop the bloodshed from continuing.


As you defeat enemies and complete tasks you will gain experience points that can be used to improve the Kazuma’a stats. You can’t just grind battles to bump all stats as you please since some upgrades are locked until you make some progress in the game. You can use your experience to, for example, increase your strength or health, but you can also obtain new skills that can help you in battle. You can, for example, charge your attacks by holding the Square button for a bit, and you can use your experience to boost it even more. Experience is split into five different types, so you will need to diversify your actions to gain more experience for each type as needed. 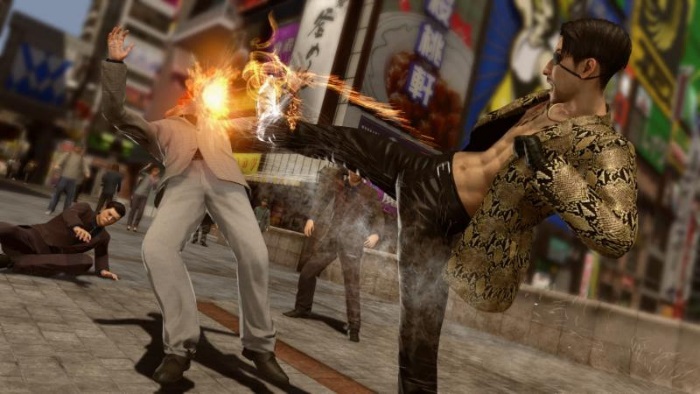 You can also stash sub-weapons that you find so that you can equip them later for battles that might prove to be more challenging. A knife or two, which you can set for quick access to the left, right or down directions on the D-Pad, could go a long way towards making short work of your opponents. There are also items you can equip from your inventory as gear to bump your defense, while some items can grant bonuses under certain conditions, and you could also unlock some extra effects from special gear.


Along with the main game’s story and missions, there are many mini-games that you can dive into. There are things such as Golf Bingo, which is exactly what you’d imagine when hearing the name, you can take on some card games, or perhaps you would like to dive into a fun game while you use a urinal? And speaking of arcade games, Yakuza Kiwami 2 includes proper full version of Virtua Figther 2 and Virtual On, and after how fun it was to play Puyo Puyo and Virtua Fighter 5 at Club SEGA in Yakuza 6, I was definitely up for more Sega classics in Yakuza Kiwami 2. Mini-games also have challenges for you to complete, for things such as playing Virtua Fighter 2 with all fighters, or scoring over 300 points in the mini-golf on the game where you need to get the ball as close to the hole as possible. 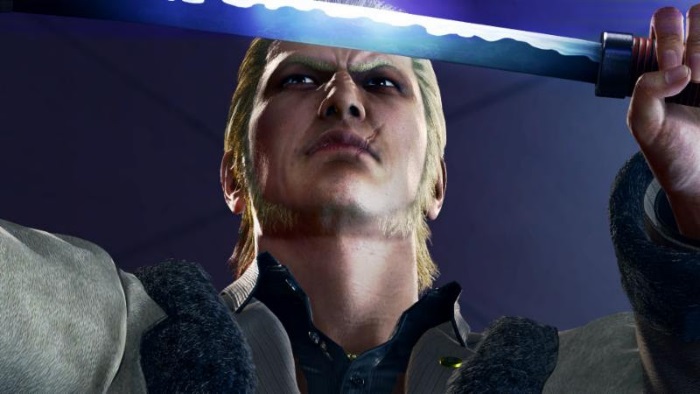 The first thing you’re going to notice when you boot up the game is how great everything looks. This is a remake that uses the Dragon engine, the same engine that powers the recent Yakuza 6. The Dragon engine did a great job for the sixth entry in the series, and this remake greatly benefited from it. The game is richly detailed and colorful, and the bump in graphical power is even more apparent during story cut-scenes, of which you’ll be seeing a lot since Yakuza at times feels like an action/adventure graphic novel of sorts with everything that is going on. 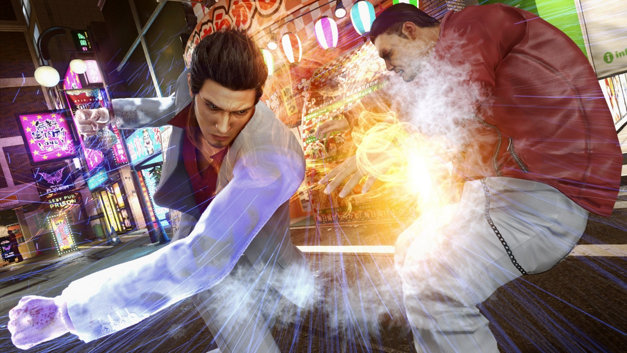 Yakuza Kiwami 2 is a great retelling of Yakuza 2 with a new coat of paint, new content, rebalanced gameplay, more mini-games, more sidequest… more everything! If you’re a fan of the Yakuza series then you probably pre-ordered this game and are ready to take it for a spin, but if you still haven’t played a game in this franchise, then you should definitely check this remake sequel thing. Even better, start with Yakuza 0 and work your way up to Yakuza 6, one game at a time, so that you’re ready for when the PlayStation 3 trilogy is on PS4. Yakuza Kiwami 2 is an excellent PlayStation 4 game and a must-have release. 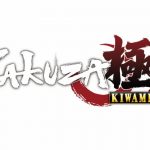 Excellent remake of a classic

Disclaimer
This Yakuza Kiwami 2 review is based on a PlayStation 4 copy provided by Sega.

Streets of Rage 4 Is Real And It Look Awesome